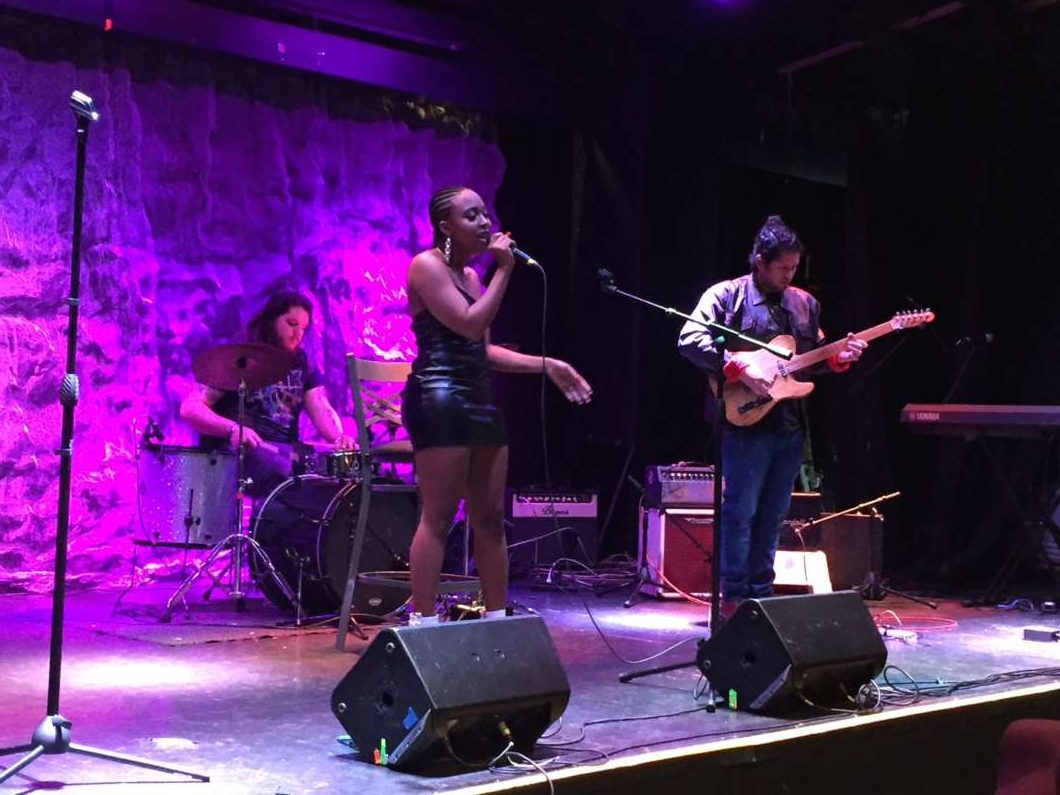 Blackberry was the second performance of the Intersection live recording at The Abbey, Tiny Desk Contest: Local Favorites.

They started out the night by performing “Monkey on My Back”, the song they submitted to the Tiny Desk Competition. The group comprises Ebieri Sofiyea on vocals, Alberto Rodriguez guitar and they were joined by Andres Ochoa on drums. Together they brought songs with soulful vocals and latin guitar tones to the stage.

The band members are Full Sail students, but they didn’t meet in class. Sofiyea and Rodriguez met on Facebook.

“I go to Full Sail and I was on the Full Sail Facebook page and I was like “I need a band member to join me so we can make music together,  I need a live band”, says Sofiyea.

“So that’s what I did and that’s how I met Alberto.”

Growing up, the two listened to different musical genres which explains the flavors they both bring to their songs.

“My dad had a huge record collection. I listen to a lot of Afro-beat, R&B , roots and reggae.” Sofiyea remembers.

“It’s what I was really raised on listening to.“

“In my case since I’m the youngest of four, I always had the influence of everybody in the household, but mostly since my older brothers were always playing rock albums,  my dad was always playing reggae and also bin bin, which is a derivative from cumbia if you’re from Panama.” Rodriguez says.

Whats next for the Chicago native and Panamanian?

“Watch out for an EP soon. Watch out.” Rodriguez says.