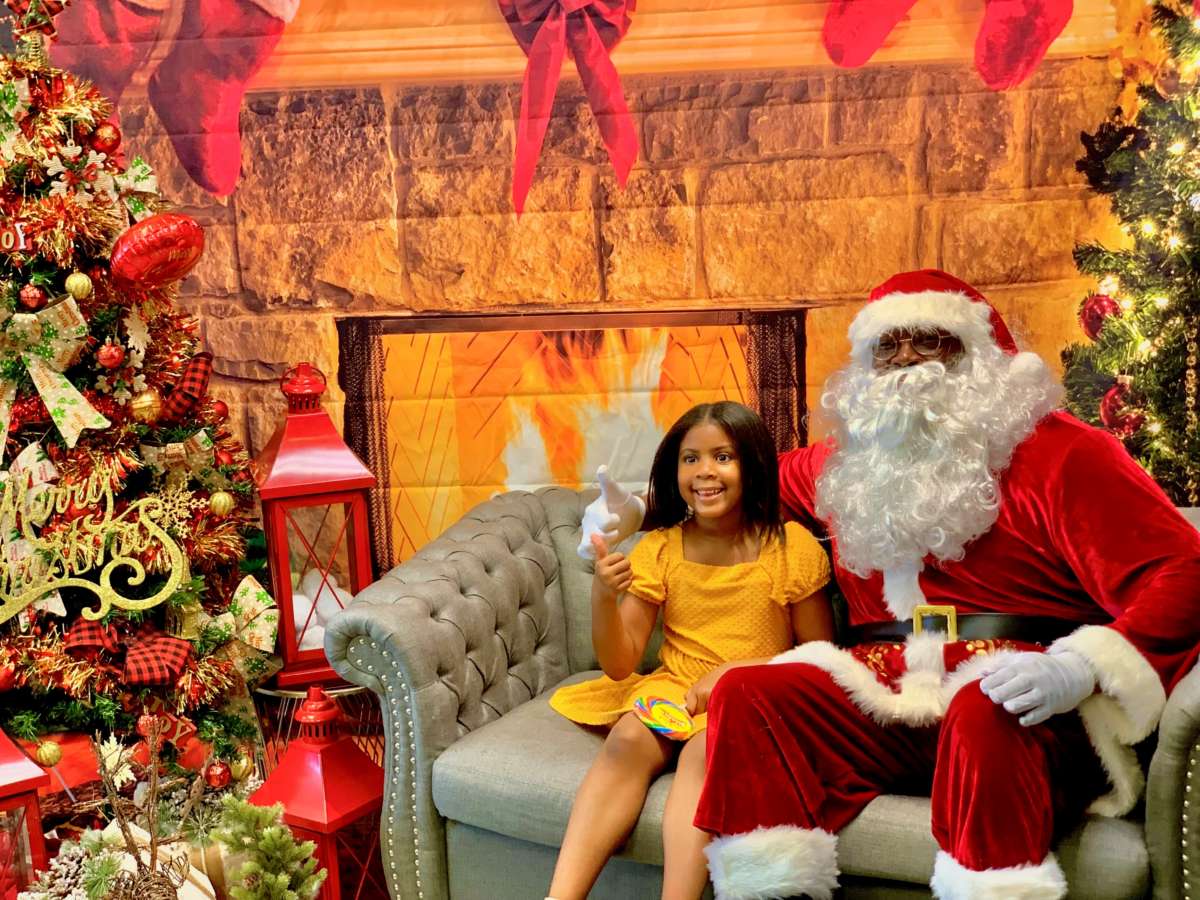 Every December, parents take  their kids to snap a few photos with Santa while the kids spew out all the things on their wish lists. While most of us likely have an image of Santa in our heads– an older white guy with rosy cheeks and an impeccable white beard– the traditional Santa doesn’t appeal to everyone. Black Santas are in high demand this holiday season– even Walt Disney World has one greeting guests this year– because representation matters, even in the red suit.

Central Florida resident Timothy Lovett is playing Santa for the first time this year. He said it was his own daughter that asked him to portray Saint Nick, but it wasn’t the first time he had gotten that request. “I’ve always had friends come up to me and say, ‘We don’t see much Black Santas around. We don’t see many, if any,’” said Santa Timothy.

Santa Timothy is tall, he towers over most in his classic red suit with his curly white beard contrasting against his deep brown skin. He sat on a small grey couch in front of a fireplace backdrop with a Christmas tree to his left. He took pictures with kids, and did what Santa does best, asking kids what they want to see wrapped under the tree.

5-year-old Orlando resident, Lexia, sat down next to Santa Timothy and told him that she wanted a Barbie house this Christmas. As she sat next to him Lexia got to have a holiday experience that many black people growing up don’t get. Take Santa Timothy, for example. “Many years ago as a child I never saw a Black Santa. And I really think that our kids today will be more comfortable and feel a lot better with someone as the same race as them,” he said. “And they will be able to at least see a black person and possibly want to become a Black Santa later on.”

By the end of Lexia’s visit, she reminded Santa Timothy why he took the gig when she noticed he didn’t look like the other Santas. “That’s what Christmas is all about. It’s not about just one person or one color, it’s about all colors. And that’s what we want to portray. We want to make people feel comfortable, just like you felt comfortable talking to me.” Lexia replied, “You look just like my daddy. My daddy is brown.”

Santa Timothy says his favorite thing about playing St. Nick is seeing the smiles on the kids’ faces and their parents when they come to take pictures with Santa.

This may be Santa Timothy’s first year in the big red suit, but he says it won’t be his last. “I’ve already been asked by my daughter, and I said yes, again,” he said. There’s still one last chance for parents to sign up their kids to see Santa Timothy this year. Parents can pick a package and time slot with Santa Timothy for Sunday December 19 at The Central Florida Black Santa Experience.