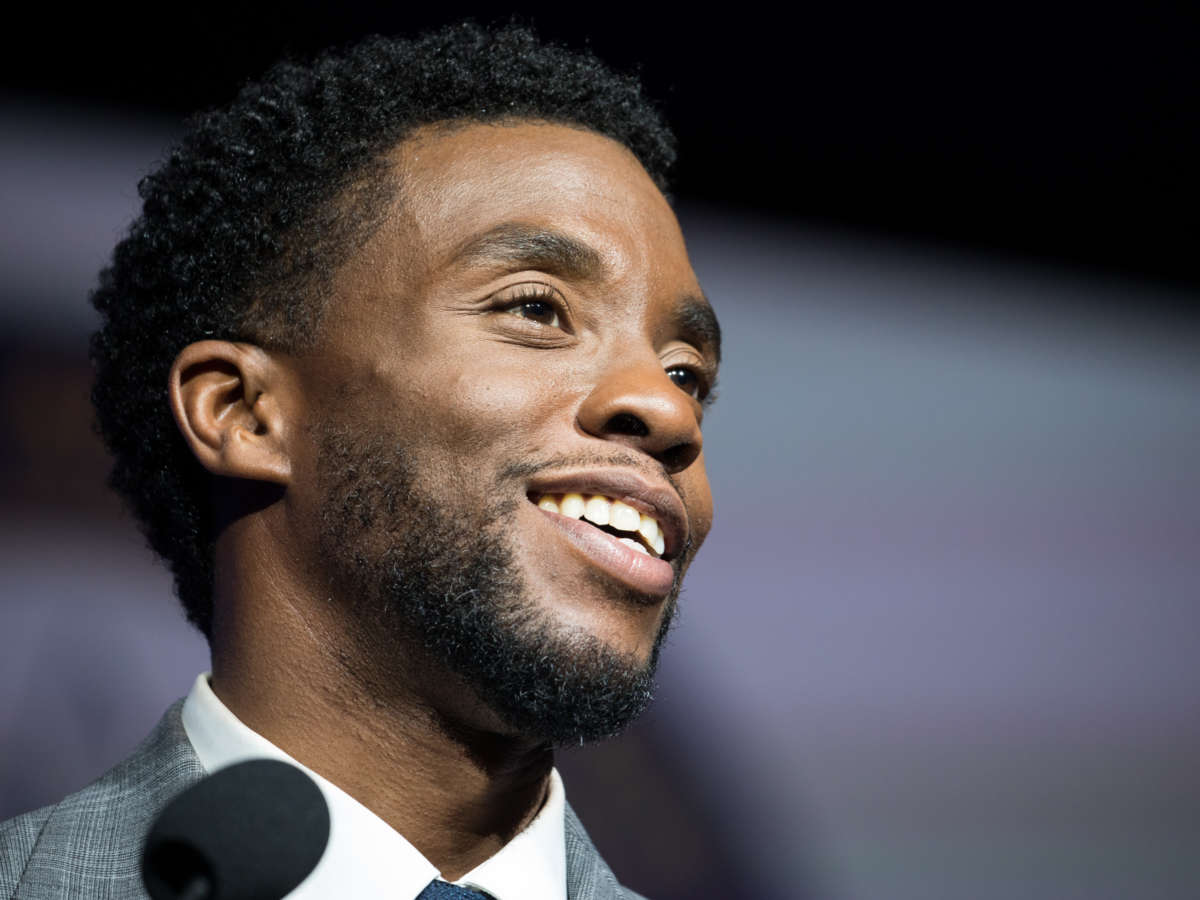 Actor Chadwick Boseman, who starred in Black Panther, has died at the age of 43. A statement posted on Boseman’s Twitter account on Friday said the actor had battled colon cancer for the last four years. The statement said “he died in his home, with his wife and family by his side.”

“A true fighter, Chadwick persevered through it all, and brought you many of the films you have come to love so much,” the statement said. “From Marshall to Da 5 Bloods … all were filmed during and between countless surgeries and chemotherapy.”

Boseman was born in South Carolina and is a graduate of Howard University. In addition to his role as the Marvel Studios superhero T’Challa, he was known for his portrayals of historical Black figures such as Jackie Robinson in 42 and James Brown in Get on Up.

Across social media, fans, celebrities and public officials are expressing their sympathies and reactions.

On Twitter, Democratic vice presidential candidate Kamala Harris wrote, “He left too early but his life made a difference.”

Writer-director Jordan Peele put it simply on Twitter, “This is a crushing blow.”

Actress Halle Berry wrote, “Here’s to an incredible man with immeasurable talent, who leaned into life regardless of his personal battles.”

According to the Associated Press, Boseman died at his home in the Los Angeles area with his wife and family by his side.