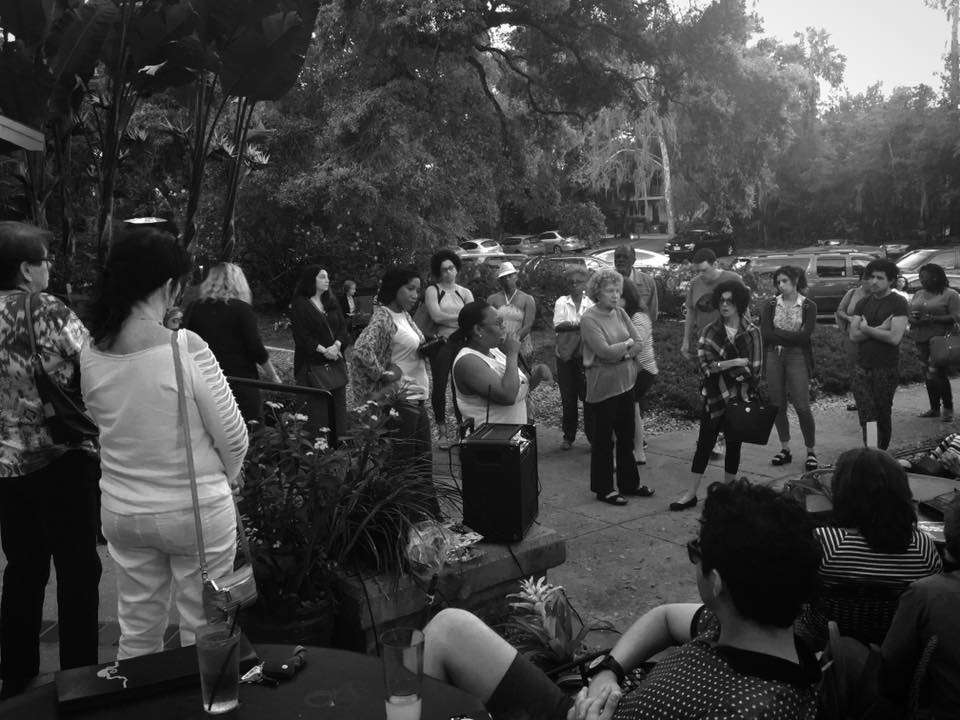 Cha Cha Davis speaking up about need for #LGBTQ+ black-centered advocacy and activism since Pulse. Folks gathered to dialogue after Enzian Theater screening of "I Am Not Your Negro." Photo by David Thomas Moran.

Several groups are holding a community forum Wednesday for the Orlando Black LGBT community. Organizers say this is part two of a discussion about racism and discrimination within the larger local LGBT community.

Lawanna Gelzer is President of the Central Florida National Action Network, a civil rights organization. She says “Orlando United” does not resonate because city events, benefits and functions don’t highlight the black Pulse victims and survivors.

“Just not at the table with the dialogue, everything was catering to unfortunately the Hispanic and Caucasian groups, individuals, nothing on the West Side,” said Gelzer.

She said post-Pulse funding has not reached organizations that serve the black LGBT community. Longtime club promoter Cha Cha Davis said Hip Hop nights that used to take place at Pulse nightclub have not been picked up by other venues in the way Latin Night has.

Gelzer said black Pulse victims, survivors and the black LGBT community in general have been underrepresented in Pulse tragedy conversations.

“When they had events at Lake Eola, even currently now, you should you ask yourself ‘have u seen the African-American LGBT community represented? Or have they been in the audience looking on?”

Gelzer said many people of color who are LGBT find themselves in a double minority—not fully accepted by the white LGBT community nor their own ethnic group.