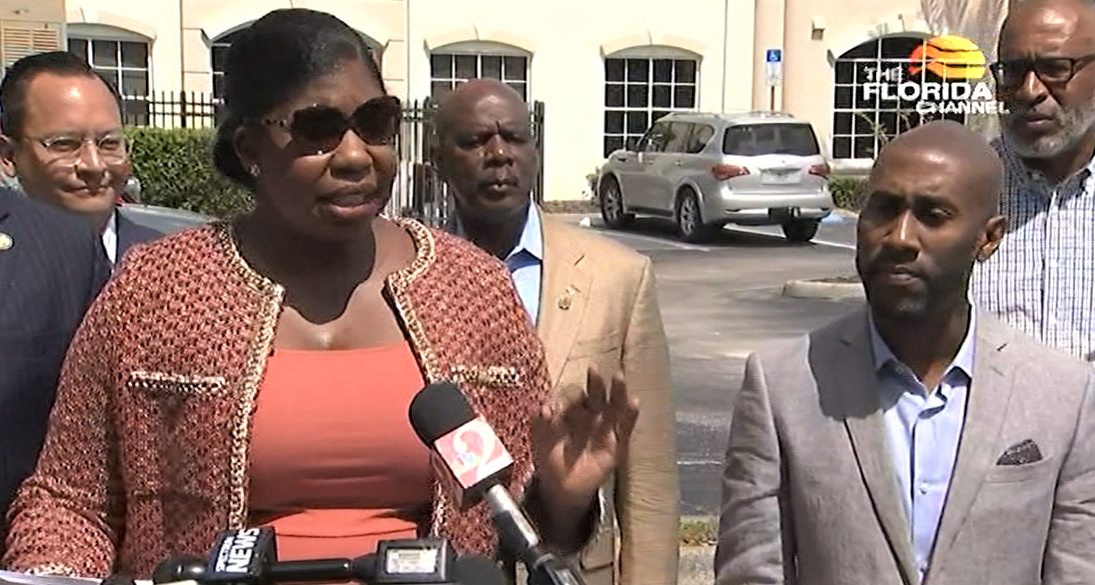 The GOP-led Florida House approved Gov. Ron DeSantis’s map Thursday, after the governor vetoed a bipartisan plan and called for a special session.

“It was a blatant attempt to rig districts to favor the Republican Party and to systematically disenfranchise Black voters and their voices in Congress,” Brown says. “The governor bullied the legislature into being used as his pawns.”

They say the next step is litigation. But there’s little time before this year’s elections are set.

DeSantis had argued that a majority Black district in North Florida violated the 14th Amendment.

At a press conference Friday, Orlando pastor the Rev. Robert Spooney said the Florida General Baptist Convention, with 600-plus churches, adamantly opposes the map. He says they recognize it as “a strategy to weaken the voice of Black Americans” in Florida.