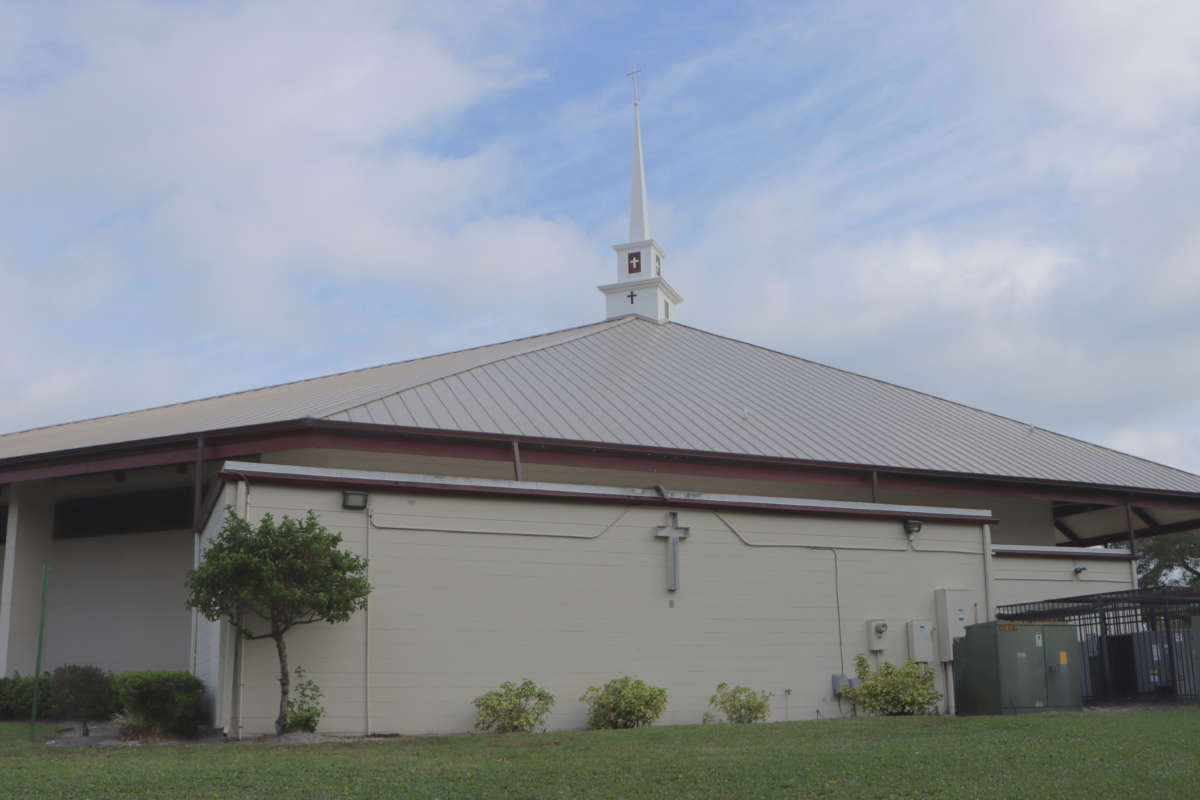 The Black church has played a long time role in organizing and supporting the Civil Rights Movement: from Martin Luther King, Jr. and his Southern Christian Leadership Conference, to a networking system to encourage disenfranchised Black people to vote and join activist groups. The church continues to play a vital role as a focal point for activism today.

Not every act pushing for equality is as highly visible as a sit-in or protest. Sometimes, it is as simple as being heard.

“When the powers that be decided to bring a downtown campus of UCF and Valencia into Parramore, we reached out to them and said, ‘If you’re coming, I do believe in growth, but we need to make sure that residents choose to take advantage of these opportunities, have the opportunity to do so,’” says Rev. Spooney.

“I don’t want any doors closed, any windows shut. And so out of that, those particular conversations, we now have the Paramore Community Engagement Council, which represents the District of Parramore if you will, as an arm, if you will, to the those two institutions, looking at education, housing, safety, jobs, and employment, and health and welfare, making sure that any resources that come from those entities will be shared unilaterally with the community, and that’s what we do.”

Rev. Randolph Bracy agrees with Spooney. He says the church has continued to be active in the movement for equality, it just may not have been visible to everyone. He says if it weren’t for the Black Church we would not have had our first black president in 2009.

He points to a visit from then candidate Barack Obama, who told a group of black preachers that the I-4 vote would help him win the state of Florida.

“They saw the power of the Black church,” says Bracy.

“It was Black ministers. Don’t fool yourself now. Oh, there were other elements that work in conjunction, but it was the Black church, Black preachers who turned out that force and moving from Tampa, St. Pete, coming back to Lakeland and Polk County to Orange County in Orlando. All the way to Daytona,” says Bracy.

“And guess what? He became president. And so that tells me beyond the shadow of a doubt, it was the Black church that made the difference in the election.”

Orlando area Black churches have continued to be a location for registering voters, and in 2012, they also began to serve as meeting places for what would become the Black Lives Matter movement.

On February 26th,  2012, 17 year-old Trayvon Martin was fatally shot by neighborhood watch volunteer George Zimmerman in Sanford, just north of Orlando, while walking home from a convenience store. In the weeks after Martin’s death, amid a growing chorus of calls for an arrest in the case, the NAACP held a meeting at the city’s Allen Chapel AME Church.

The pastor at the time, Valerie J. Houston, lead a prayer at the meeting, calling for justice, and an end of discrimination and racism.

State Rep. Geraldine Thompson spoke to the public as well, promising to seek justice. She explains why the church was an important setting for the meeting.

“Well, I think because a lot of us are very comfortable in a church environment. And there’s trust in the people who are in leadership there, that the church still plays a very critical role.”

“That meeting that you’re talking about that occurred in Sanford is a meeting where I spoke, I was asked by the Seminole County branch of the NAACP, to come to Sanford. And this is before the president, the national president, Ben Jealous of the NAACP got there. And so I went to talk about the laws in the state of Florida.And so it’s still the church, where we congregate, to talk about issues like that, when hotels and other places are not open. The church opens its doors,” she concluded.

Efforts by Thompson and other lawmakers that year and subsequently to repeal Stand Your Ground- failed. Eventually an arrest was made in the shooting. George Zimmerman was found not guilty at his high-profile trial in 2013 on second degree murder and manslaughter charges.

But the Trayvon Martin case reinforced the importance of the church- just as it had in the 60s- as a focal point for the Black community to gather and organize in a moment of crisis.

Thompson says Black churches are still a great tool for helping distribute resources. She says she recently called attention to the unequal rate of access for the COVID-19 vaccine for African American populations compared to white affluent areas. When the Department of Emergency Management contacted her to help correct the issue, Black churches were the best way to go. Thompson says she was able to have 500 doses of the vaccine administered at Mount Pleasant Missionary Baptist Church.

“We’ve got to redouble our efforts… in light of what is happening right now in our various state legislatures,”  says Bracy. “We see all kinds of things that are reactions to stop us from where we’re going, and so I think, I’m not going to be redundant, but I just think if the fight is a long ways from it. And the Black church has to be doubly on top of it.”