Black Activist Burnout: ‘You Can’t Do This Work If You’re Running On Empty’ 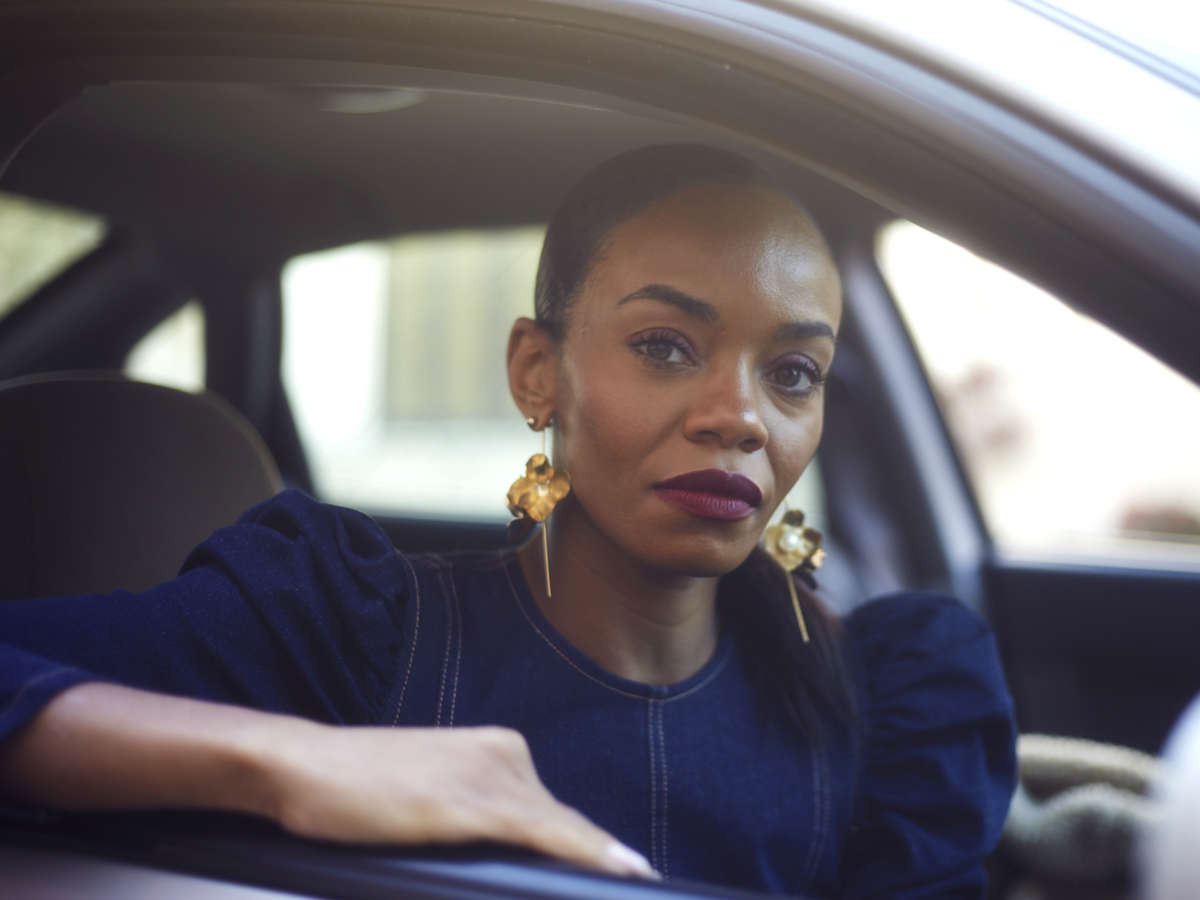 A makeshift memorial at the All Black Lives Matter Solidarity March on June 14, in Los Angeles.
Image credit: Rodin Eckenroth

Editor’s note: NPR will be continuing this conversation about Being Black in America online and on air.

When Imani Brown, a 38-year-old from San Francisco, hit the streets to protest the recent police violence against Black Americans, she felt inspired and energized. Her parents fought for racial justice before her, so her participation felt like a part of her inheritance.

“It is energizing for me to be carrying on the work that my parents were involved in. I’m sad that we haven’t come farther in the years since my mother was marching with Dr. King to now,” she told NPR.

Brown is one of millions of people who showed up to protest police violence against Black people in the United States following the deaths of George Floyd, Breonna Taylor, Elijah McClain and more.

Protesters marched through U.S. cities and across the world. At times, U.S. police lobbed flash-bang grenades at protesters and sprayed them with tear gas and pepper spray. And many people — including some credentialed journalists — were arrested.

This movement also comes in the middle of a pandemic — with sharp economic jabs — that disproportionately kills Black, Indigenous and Latinx people.

“I’ve had friends come to me, concerned about my showing up to a protest and saying, ‘Imani, who’s going to get you first, the cops or the COVID?'” said Brown, who, as a cancer survivor and a lesbian, has been participating in demonstrations for years.

“There are many times in my life where I have protested for my rights, whether it be my right to get married or my right to exist as an African American in this country,” she said.

National attention may wane, camera crews and the larger crowds may fade, but some protesters are still staging rallies and marches in cities across the nation, from Aurora, Colo. to Louisville, Ky. to Portland, Ore. How do these activists continue to fight for racial justice without burning out?

In early June, NPR reached out to Black Americans to ask about their personal experiences in this country. Nearly 500 people responded, some of whom described how tough it can be to keep up the fight against racism, and the exhaustion that can come with it.

“Sometimes you can have depression, and sometimes it’s this very real feeling of hopelessness,” said Cher Weixia, an associate professor of legal studies, social justice and human rights at the School of Integrative Studies at George Mason University. “All of this adds up together to a chronic phenomenon of activist burnout.”

When the scope of the fight feels overwhelming, Paul Gorski, an activist and researcher who studies activism burnout in North Carolina, said activists can feel “like a sellout” if they take a break. For some, this manifests in a fear that if they don’t fight their hardest today, all of the work will have been for nothing.

Keshia Crosby-Williams, a 38-year-old from Brooklyn, N.Y., noted that fear.

“A lot of my anxiety comes from that, from all this effort, from so many people coming together, so many protests, so many conversations happening around the dinner table, [what] if at the end of all of this, nothing changes, nothing gets better,” Crosby-Williams said.

Activism burnout is particularly rife among Black racial justice activists, not only because they are fighting a centuries-old fight, but they’re also experiencing something called racial battle fatigue, which Gorski says is the “cumulative impact of experiencing racism day to day.”

Brown said she thinks about her race “all the time.”

“There’s not a day goes by that I don’t have to think about what it means to be Black in America, or my experience, or how other people might perceive me as I exist in the world,” she said.

Being constantly bombarded with viral videos of violent encounters with police can also provoke activism burnout, said Gorski. Also, sexism, racism and homophobia all still can exist within an activist’s own organization, he said.

And that can all happen before these activists take to the streets.

This comes at a time when many more marchers are white.

“While I do appreciate that many white or non-BIPOC people are stepping in to say, ‘I’m an ally. Can you teach me?’ Or ‘I didn’t realize this.’ That’s an additional burden for Black activists,” said Danielle Hairston, a psychiatry residency training director at Howard University Hospital. “You’re trying to center the issues of Black people and other BIPOC people. However, at the same time, you have people who are saying ‘we’re allies,’ but are asking you to teach them. … But it really should be more of a collaborative effort.”

Explaining racism as you’ve experienced it can be traumatic, Chen, the professor from George Mason, points out.

“A lot of the racial justice activists of color we interviewed were pointing to white activists as one of their primary sources of burnout, dealing with the attitudes and behaviors of white allies,” Gorski added.

Crosby-Williams said following the death of George Floyd, she received a wave of calls, emails and text messages from her non-Black friends apologizing to her and asking what they could do to help.

“Generally, I’m not having those conversations just because they’re selfish and they don’t take into account how depleting that is and how I’ve already spent most of the day thinking about this stuff, and now I have to give you a history lesson or a social studies lesson on what’s been in front of your eyes since the beginning of this country,” Crosby-Williams said.

She did point out, however, that many of her non-Black peers haven’t done this — and it’s been a welcome respite. Hairston said it’s important for allies to move beyond ally-ship and into sponsorship and advocacy instead.

“Actually support them and sponsor them and step in to help them, and most importantly, listen and validate their concerns and expression of burnout and representation fatigue,” Hairston said.

When Crosby-Williams feels burned out, she plays with her infant daughter, tries new recipes or watches reality TV. Brown also gets outside and away from her phone.

“It’s really prioritizing yourself, which many people are uncomfortable with, especially people who are activists, who really are selfless and give everything that they have to others, to their movement, to what they believe in,” Hairston said. “But you really also have to protect and preserve yourself, because if you don’t, you’ll have nothing left to give.”

Chen says research, including her own, has shown that many activist organizations dismiss the importance of discussing the well-being of activists and burnout.

“And this lack of acknowledgement in some cases can foster a culture of selflessness,” Chen said. “Suppressing concerns about well-being altogether could also hasten burnout among activists. That is this dominant culture of martyrdom.”

Movements and organizations need to address a culture that feeds into a cycle of burnout, or they risk losing their momentum, Gorski said.

“The persistence of a movement comes down to the persistence of the activists,” he said. “It can be built into the movements in a way that is modeled by leadership, but that is really focused on how we sustain ourselves as activists, whether that’s leaders modeling what it means to just take a break, take a little breather, it’s OK to do that,” Gorski said. “And then some movements have built-in supports for mental health.”

Taking a break is just what Octavia Smith, board president of the Minnesota Freedom Fund, did last year — before COVID-19 and the latest iteration of the racial justice fight. Smith got an “outpouring of support” from the organization, and a few months later they were reinstated as board president.

“Because Minnesota Freedom Fund is volunteer-based, we have always had a thing that like, come when you can, leave when you have to and come back if you want to,” Smith said, adding that the pandemic has brought to the surface “the realization of grief and that you can’t do this work if you’re running on empty.”

“We talk about holistic approaches,” Smith said. “And part of that, for me, is saying all parts of who we are are present in this work, especially when it’s around racial justice. And so, we should be carving out space for people to just name their limits and also name their vulnerabilities and saying, ‘I can’t right now….and that’s fine.”