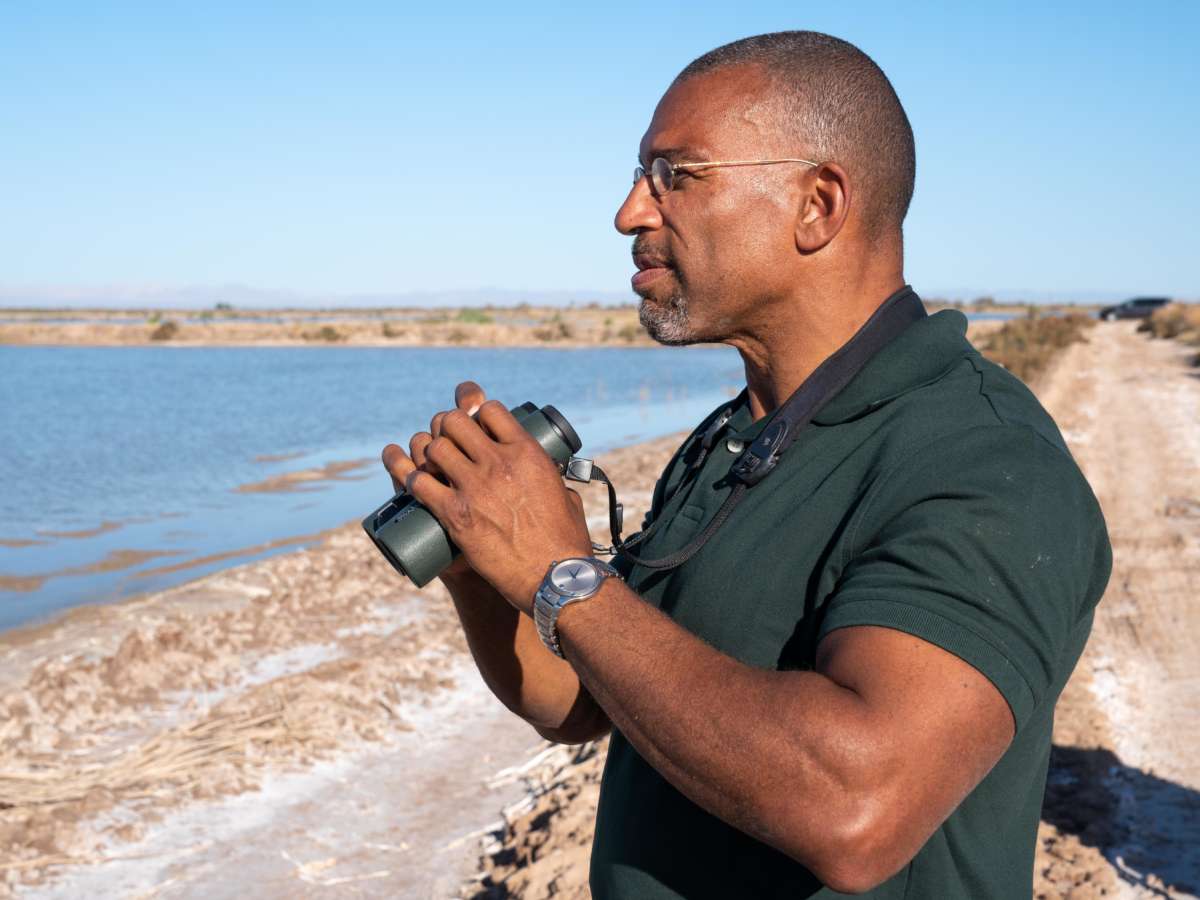 Christian Cooper watches distant shorebirds at the Sonny Bono Salton Sea National Wildlife Refuge in California. The National Geographic channel has announced that Cooper will host a series called Extraordinary Birder. Cooper was in the spotlight after a woman in New York City's Central Park called the police and falsely accused him of threatening her in May 2020.
Image credit: Jon Kroll

Christian Cooper, the bird-watching Black man who was the target of false accusations during an encounter in New York City’s Central Park in 2020, has a new TV show airing on National Geographic.

The channel announced this week that Cooper, a lifelong bird-watcher, will host a series called Extraordinary Birder. In the series, Cooper will take viewers into the “wild, wonderful and unpredictable world of birds,” according to National Geographic.

Lifelong birder Christian Cooper (@blackburniannyc) will take us into the wild, wonderful and unpredictable world of birds in his new show, The Extraordinary Birder. pic.twitter.com/2ZwTlZ3JmN

“Whether braving stormy seas in Alaska for puffins, trekking into rainforests in Puerto Rico for parrots, or scaling a bridge in Manhattan for a peregrine falcon, he does whatever it takes to learn about these extraordinary feathered creatures and show us the remarkable world in the sky above,” the network said in a statement.

The channel has yet to announce a premier date for the show.

In an interview with The New York Times, Cooper said his love for bird-watching began at age 10, and he told the newspaper he “was all in” when National Geographic approached him about the possibility of a TV show nearly a year and a half ago.

“I love spreading the gospel of birding,” he said in the Times interview.

The 59-year-old was thrust into the spotlight in May 2020 after Amy Cooper (no relation), a white woman with a dog, called the police saying he threatened her and her dog.

In a video recorded by Christian Cooper, Amy Cooper is shown calling the police, telling 911 dispatchers, “I’m in the Ramble. And there is a man, African American — he has a bicycle helmet. He’s recording me and threatening me and my dog.”

Amy Cooper was charged with a third-degree misdemeanor over making the false claim, but the charge was later dropped, given her lack of a criminal background.