Bioethicist: ‘Immunity Passports’ Could Do More Harm Than Good 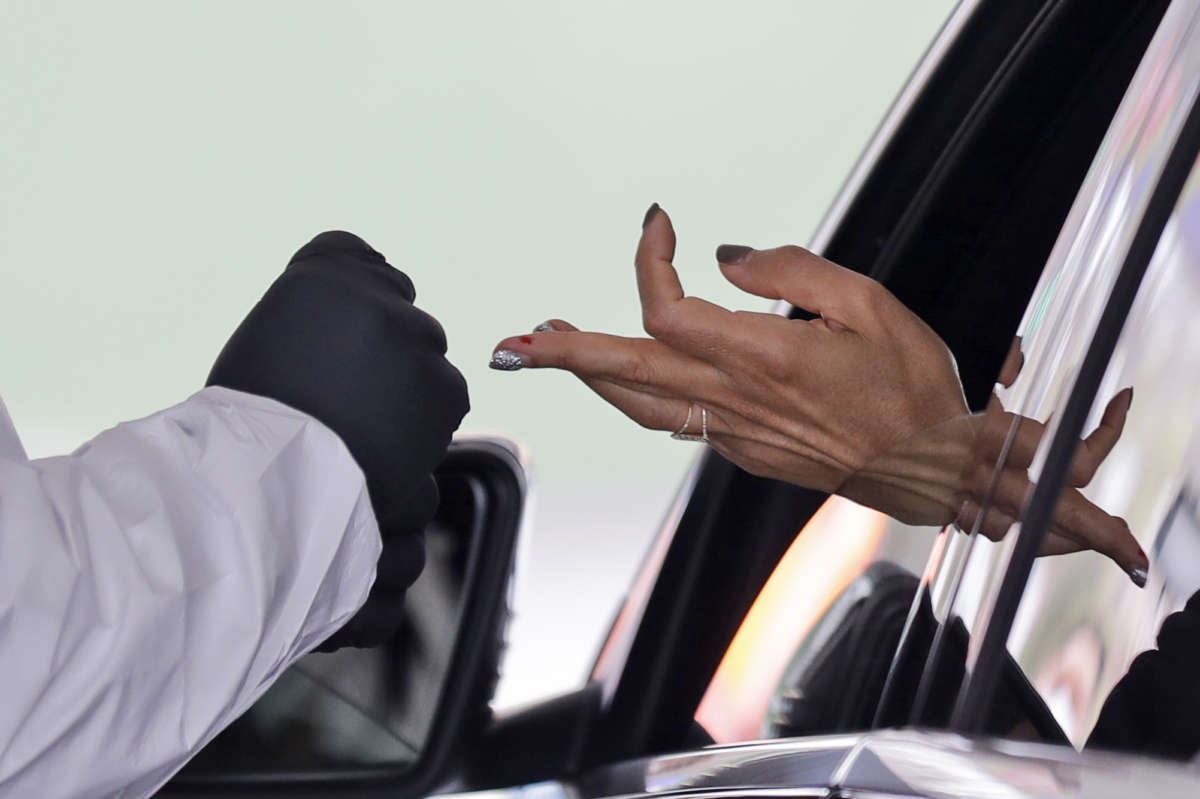 A woman's blood is collected for testing of coronavirus antibodies at a drive-through testing site in Hempstead, N.Y., to determine whether she may have some immunity to the virus.
Image credit: Seth Wenig

“Immunity passports” have been proposed as one way to reboot economies in the wake of the coronavirus pandemic.

The theory is this: The approval of the so-called passports would rely on the positive results from an antibody test of your collected blood sample. If you have antibodies to the coronavirus after recovering from an infection, you might be immune from future infection and therefore could be authorized to work and circulate in society without posing a risk to yourself or others.

At least, that’s the idea.

But it “could create a lot more harm than it does good,” says Natalie Kofler, who teaches bioethics at Harvard Medical School.

As she argues in a recent essay for the journal Nature, Kofler says a system that hinges on a blood test could cut off already marginalized populations from access to critical public resources, wherein “an immunoprivileged sort of status or an immunodeprived status” would dictate “where and what they can go do.”

In any case, she says, scientists aren’t certain that it’s even possible to achieve immunity from the coronavirus and how long that immunity would last.

“I am really concerned that too much attention time and funding is being given to a policy that’s likely to firstly, not work, and also create more risks than it does benefits,” Kofler says in an interview with NPR’s All Things Considered.

Here are excerpts from the interview:

Governments including the U.K., the United States — as well as Chile has actually already begun to roll out a version of an immunity passport.

Private companies are also interested, particularly in partnering with certain app developers to create applications that would allow for people on their phones to validate and show their immunity status, in which case could allow private companies, like certain hotels and even sporting events, to control who can enter their premises.

Another issue that you raise is equity — that the poor will simply not have as much access to these immunity passports. Explain what you mean.

Those that are already marginalized by society — the poor, minority groups — they end up being often last in line for access to these precious resources. So we have a lot of concern about who would actually be able to have their immunity status validated. You could have people that just aren’t able to access society because they can’t even be able to certify their immune status.

If immunity passports aren’t the answer, what is then?

I really think that attention needs to be given right now to really developing a vaccine is effective but also that is going to be universally available. And I also do support maybe thinking about ways that we can protect particularly vulnerable locations and spaces.

It may be that, for example, to enter certain nursing homes or [long-term care] facilities to enter certain penitentiaries where there’s high density — people who are [at] higher risk of COVID-19 — that we might have health check status there. We may want to check for presence of virus in people who entering and exiting.

But not on the individual level where everybody is gonna either have an immunoprivileged sort of status or an immunodeprived status to be able to depend on where and what they can go do. I think that that could create a lot more harm than it does good.

Listen to the full interview at the audio link above.