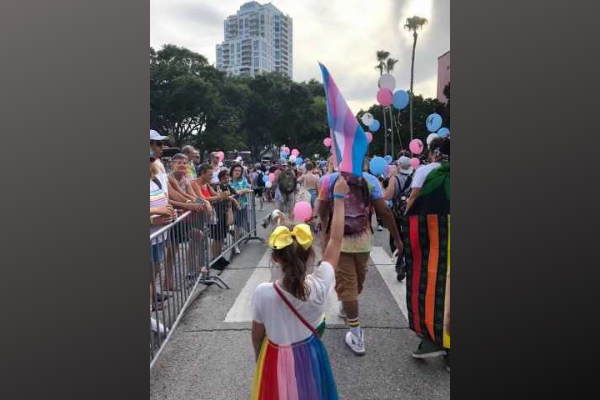 Attempts to pass legislation banning transgender girls from participating in female-designated school sports may have come to an end – for now.

The controversial bills: HB 1475 and SB 2012 respectively, appear to have hit a wall.

With the legislative session set to end on April 30, State Sen. Kelli Stargel said she doesn’t think there will be sufficient time to revisit the bills and give them due diligence.

“I believe Florida should protect the ability of girls and women to safely participate in athletics, and I think there is consensus among my colleagues surrounding that underlying policy objective,” Stargel said in a statement to the Tampa Bay Times. “We want to get there in a manner that respects the inherent dignity of each person.”

HB 1475 was passed on Wednesday, getting a 77-40 vote from the Florida House of Representatives, with all but one Democrat voting against it. The Senate bill was set for its third reading that same day but was postponed.

Opponents have called the bills transphobic and unnecessary, claiming they’re part of a national conservative agenda against the trans community.

“This is a bigoted bill that targets transgender youth, which the Florida Legislature has a history of,” Democratic Rep. Carlos Guillermo Smith said.

Stargel said the main priority for the remainder of this session is the budget.

“I decided to temporarily postpone this bill as we continue to work on this issue,” she said. “Right now, my primary focus as Appropriations Chair is our constitutional responsibility to pass a balanced budget, and in a time-limited environment, I don’t know that we will have sufficient time to revisit SB 2012 this session.”

Without the Senate taking up the House bill, the process ends for both bills, as far as this legislative session is concerned.

“Awesome. So relieved,” she said. “One year to breathe.”

McClellan, a mother of three from Tampa Bay who has a 10-year-old trans daughter has been an active voice in the fight against the legislation.

“I hope that in the next year Republicans will take the time to do their homework before attacking the most vulnerable group of people,” McClellan said. “I hope this is God’s way of saying, ‘Above all, love one another.'”