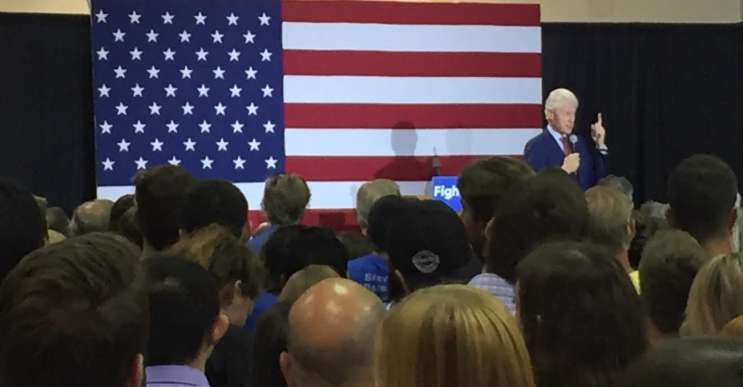 Former president Bill Clinton during a visit to Rollins College ahead of the March 15th primary. Photo: Renata Sago.

One day after Hillary Clinton’s campaign visit to Tampa, her husband, former U.S. President Bill Clinton, will stump in Orlando. Clinton will speak Wednesday morning at the Dr. James R. Smith Neighborhood Center in Orlando’s predominantly black Richmond Heights community. There, he is expected to speak directly to central Florida’s black voters about the role they play in helping Hillary Clinton win the state in the general election. He is also expected to to hail his wife’s economic plan which promises to boost the nation’s economy by ten million jobs and help workers develop technical skills.

Bill Clinton’s visit comes as the campaign prepares to roll out 17 new field offices across Florida, bringing the total number to fifty-one. The campaign also plans to launch a robust campaign to encourage early voting.

This is Clinton’s third visit to Orlando since March.