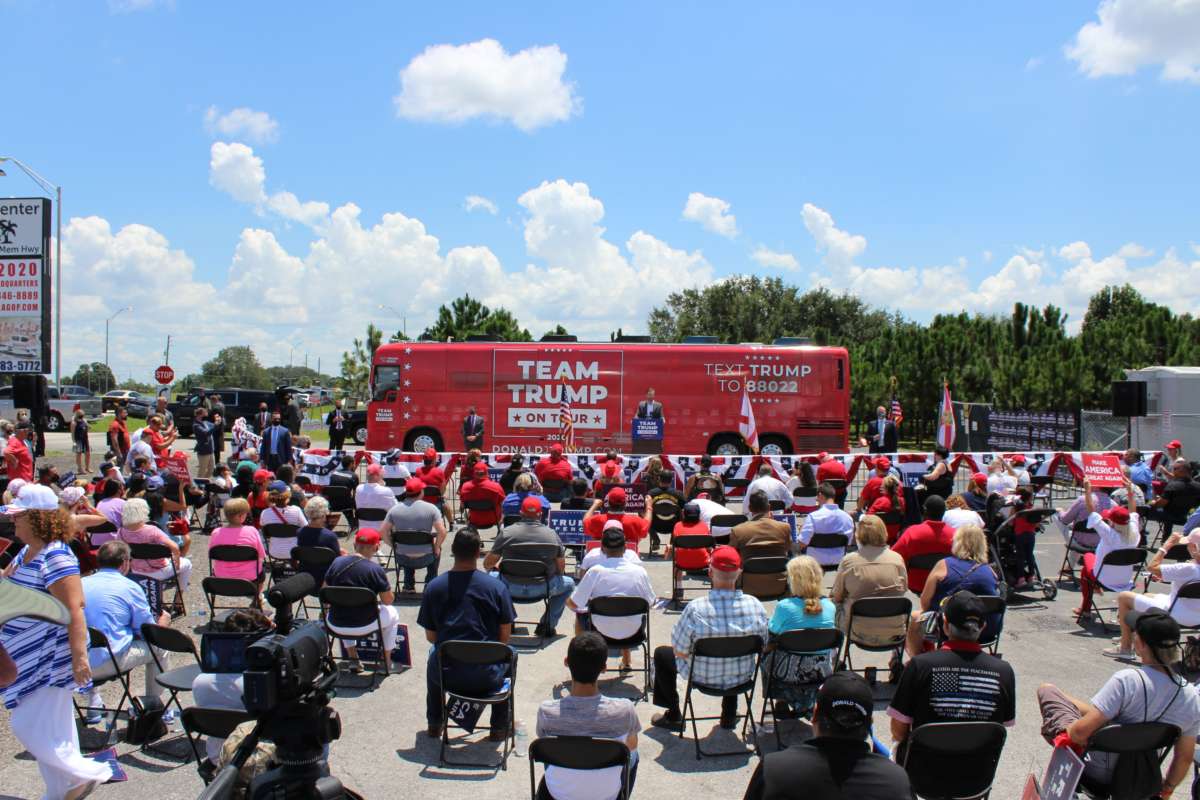 Supporters of President Donald Trump gathered in Kissimmee on Monday to hear Eric Trump and other campaign surrogates speak. Voters along the I4 Corridor could play a key role in deciding the election in November. Photo: Matthew Peddie, WMFE

Meanwhile, President Donald Trump’s campaign kicked off a bus tour in Kissimmee on Monday, and Florida’s primary election is just around the corner.