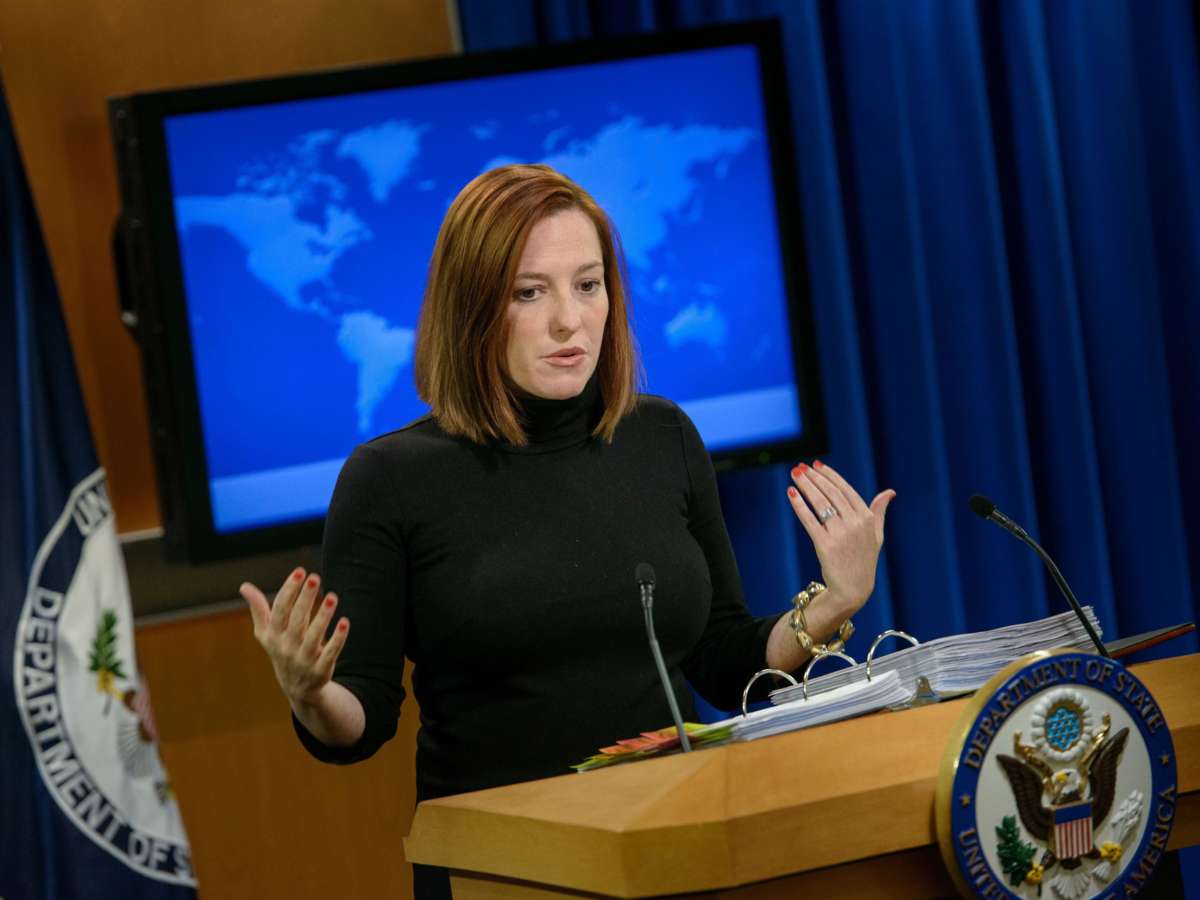 President-elect Joe Biden’s choice for White House press secretary says she will restore a tradition. Unlike her immediate predecessors in the Trump administration, Jen Psaki plans to take questions from reporters each day.

Psaki has played similar roles before. She was the spokesperson for the State Department when John Kerry was secretary of state, then President Barack Obama’s communications director, and she now speaks for Biden.

“I think more than any point in history … part of the job of the White House press secretary is to rebuild trust with the American people,” she says in an interview with NPR’s Morning Edition.

President Trump’s first press secretary falsely claimed the biggest inauguration crowd in history. His last made false claims about Trump’s election defeat. Psaki promises to be “as fact-based as I can be.” She says she won’t limit right-wing media outlets’ access to White House briefings but adds that “we’re not going to allow the briefing room to be a platform for propaganda.”

Here are highlights of the interview, edited for length and clarity:

There’s always a tension, of course, in this job, and it’s been highlighted in the last few years as to who you’re supposed to serve. You’re, of course, working for a president, you’re getting out the message of the president. But as reporters will be quick to point out, you’re on the public payroll and they see your job as working for them or really working for citizens, informing the public. As you see it, who is your boss?

Of course, it’s an honor to be speaking on behalf of the U.S. government, but my boss is really the American people and there are different entities who are kind of serving the American people. Right? Of course, the president of the United States was elected by them. But the media plays an essential role, too. Right? And that may mean and it will mean, as you know — you’ve been in that briefing room — on days we disagree, right, we’ll have failures or we’ll have things that are mishandled in the government. But, you know, my view is, especially at this moment in history and in a moment where people don’t trust the information they’re getting from most sources, is to be as steady and as fact-based as I can be.

That’s right. And you know, Steve, again, just to go back to how valuable I find and how much I’ll rely on my experience at the State Department, there were many, many days where there were journalists — I’m air quoting that — who are from Russia or China, essentially arms of the government, you know, arms of the state-run media. And we let them in the briefing room, and they ask questions, and sometimes I had a little fun with them, you know, about who they were asking the question on behalf of.

The first interview that I did after I was announced as White House press secretary was with Chris Wallace on Fox. I do think there is a difference, as I think everybody knows, between some of the anchors and reporters at a network like Fox and some of the personalities. I will not be doing an interview with Sean Hannity. I think that wouldn’t serve anybody, including the president-elect, who’s the most important factor there. In terms of, you know, [OANN] and kind of other right-wing entities? I don’t think my job as the White House press secretary is to give them a bigger platform. But at the same time, when we’re at a point when it’s COVID-safe and there is a full briefing room, I also don’t think it’s my job to keep people out.

There seemed to be different approaches at different times in the Obama administration to this question. Of course, President Obama himself did interviews from time to time on Fox News, but the administration also grew frustrated with Fox, tried to shut them out from time to time, was criticized for that. Do you feel that that question is resolved in the way that you just said?

You know, Steve, it’s a good question. I don’t think it’s resolved, no. And I will tell you, my resting place is to be steady and open and share information. But I am no pushover either. We’re not going to allow the briefing room to be a platform for propaganda, and we will shut that down as needed as well.

There was an astonishing amount of leaking to the media during the Trump administration. And of course, if you’re a critic of Trump, you would argue that was mostly for the public good. Thank goodness we found out what was going on in there might be your attitude. But how do you mean to approach leaks in a Biden administration?

I’ve told some journalists this, anybody who covered only the Trump administration who’s looking for a continuation of the Game of Thrones-style personnel sniping, they will be sorely disappointed, I believe. Our goal is for there to be a return to policy processes and policy briefings and policy experts who are going to be out there explaining what a COVID package may look like or what we’re going to do about immigration. And certainly there are leaks around that which may give me a headache for the day, but are not as damaging, I would say, as leaks that are around people’s lives or national security issues.

I’m glad you mentioned national security, because as you know well, President Obama’s administration aggressively prosecuted leakers of classified information and that spilled over into investigating journalists, obtaining journalists’ phone records, tracking their comings and goings from government agencies. Does this administration mean to do the same?

Obviously, there are different circumstances, as you well know, that came up during the Obama administration. And a number of those were overseen by the Department of Justice at the time. President-elect Biden has not even selected an attorney general yet. Believe me, people want to know who it’s going to be. But one of his priorities is returning that department to an independent department, one that does not have political influence from the White House, which will be quite a sea change from our current circumstance. And I suspect those will be questions that future nominee for that role will be asked in a confirmation hearing.