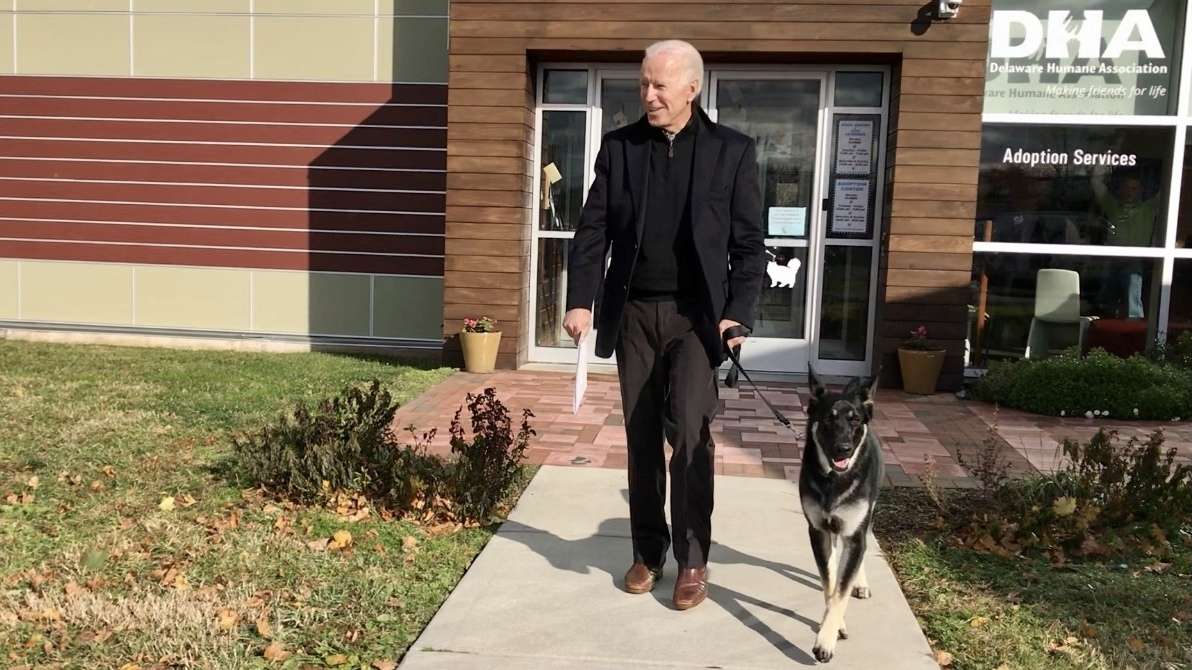 President-elect Joe Biden is set to restore a bipartisan norm upon moving into the White House: presidential dogs. The Bidens have two German shepherds, Champ and Major.

Major, in particular, has a “wags to riches” tail.

He’ll soon be the first dog to go from a shelter to the White House. That shelter, the Delaware Humane Association, plans to “indogurate” Major on Sunday in a virtual ceremony. (People and pets alike are invited to attend.)

In early 2018, the shelter received a litter of six German shepherd puppies, including the future first dog. The puppies were in a medical crisis.

“They were very sick,” said Patrick Carroll, executive director of the Delaware Humane Association. “They had gotten into a toxic substance. We’re not sure what.

“The dogs were lethargic, vomiting and hospitalized for a few days,” Carroll says.

The pups bounced back. They recovered with fluids and medication. The shelter posted to Facebook in March 2018 in search of foster homes. According to Carroll, Ashley Biden sent the post to her father, knowing he was looking for a companion for the aging Champ.

“He just dropped in on Easter Sunday of all days,” Carroll said, “and wanted to meet the puppies.”

Soon, Major was in foster with the Bidens. Within months, the news broke that he had found his forever (fur-ever?) home. Biden returned to the shelter with a grown Major to officially adopt him in November 2018.

It hasn’t been all good news for Major and Biden.

Biden fractured his foot in November 2020 while playing with the young dog. And recently, CBS Sunday Morning reported Major and Champ will have to share space with a cat.

“This is a monumental moment for shelter dogs,” said Cory Topel, the shelter’s marketing manager.

Though Major is digging up new ground as the first shelter pup in the White House, he follows in the pawprints of Yuki, another rescue to reside with the first family.

“He is the friendliest, and the smartest, and the most constant in his attentions of all the dogs that I’ve known,” said Yuki’s owner (and President) Lyndon B. Johnson.

Johnson was fond of singing with the white terrier mix. His daughter picked up Yuki at a gas station in Johnson City, Texas, according to the Presidential Pet Museum.

President Trump is the first president in more than a century not to have a dog. William McKinley had only cats and birds, including a parrot named Washington Post.

Biden even targeted dog lovers with a campaign message shortly before Election Day.

“Let’s put dogs back in the White House!” he tweeted.

“This is shining a light on all of the resources animal shelters bring to a community,” he said. “If you need pet food because you’re struggling, or you need low cost vaccinations to keep your pet healthy, all the things people need, they should see their shelter as a resource.”