Biden Worked With Allies To Speak Out On China and Russia. Now The Hard Part Begins 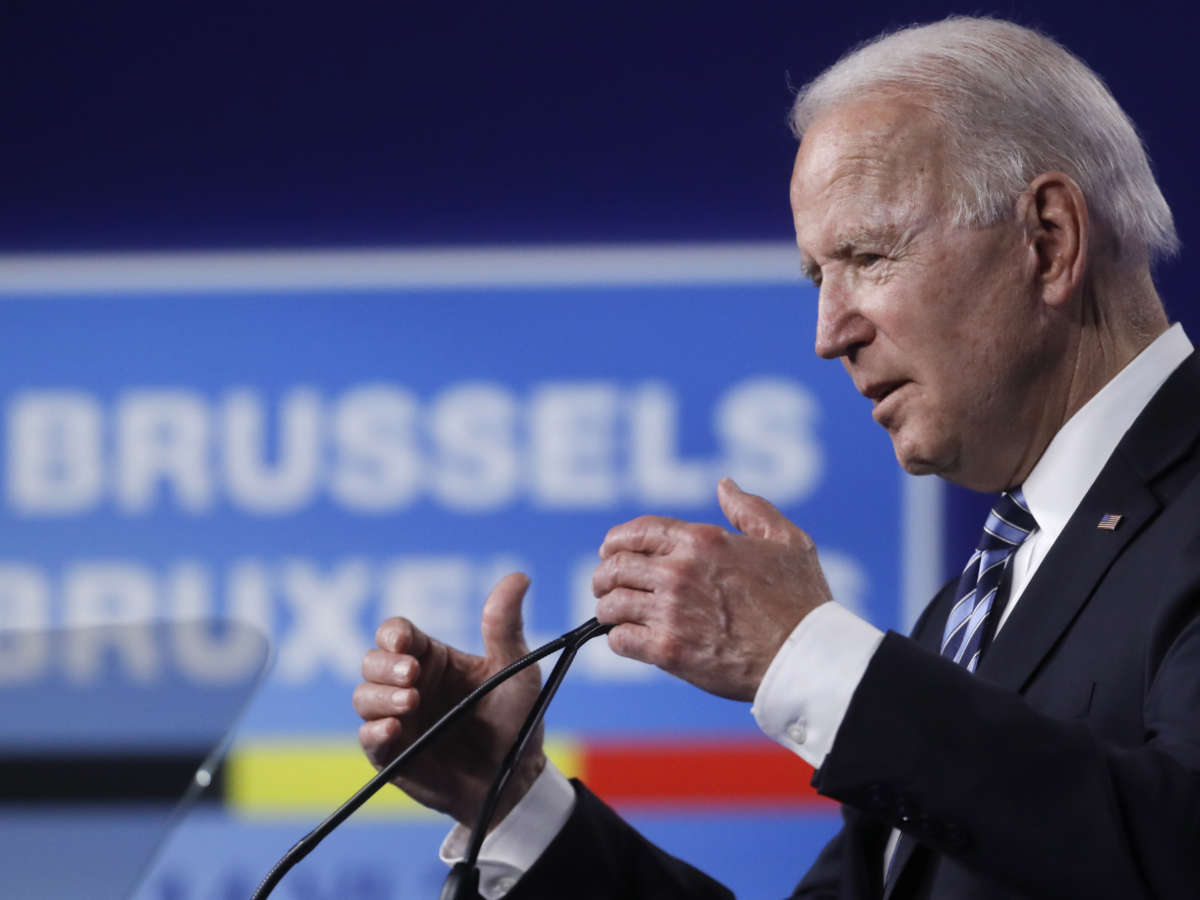 President Biden is set to leave Brussels on Tuesday for Geneva, the last leg of a trip where he sought to mend fences with allies and take a tougher stance on Moscow and Beijing.
Image credit: Olivier Hoslet

President Biden will meet with top officials from the European Union in Brussels on Tuesday, the last part of his mission to mend ties with allies that were strained by the go-it-alone approach of his predecessor before he sits down with Russian President Vladimir Putin in Geneva.

The high-level group will work on strategies to have common standards for new technologies like artificial intelligence and biotechnology, regulations for technology platforms and export controls, and proposals to reform the World Trade Organization — all areas where China poses a significant challenge.

“The notion here is that the United States and Europe laid the foundation for the world economy after World War II and now has to work together to write the rules of the road for the next generation, particularly in the areas of economics and emerging technologies,” a senior administration official told reporters traveling with Biden.

Trade rules have long been a source of friction between the United States and EU. But European allies were particularly offended when former President Donald Trump slapped tariffs on their exports of steel and aluminum, saying the taxes were needed to protect U.S. national security.

Those tariffs remain. Biden said his administration has not had enough time to work it out. Asked how he justified keeping the Trump-era tariffs, Biden bristled. “A hundred and twenty days. Give me a break. Need time,” he said.

Talks over the tariffs are ongoing, but are unlikely to be quickly resolved, the senior administration official told reporters ahead of the meeting.

It’s one of many areas the Biden administration needs to flesh out to be able to show gains from its approach to foreign policy.

While Biden brought allies at the G-7, NATO and EU on board with the concept of taking a tougher stance on China, there are few details on how that will happen.

There may have been convergence around the idea that “China is the challenge of our time, and that countries that are like-minded have to work together, ” said Bonnie Glaser, a China expert at the German Marshall Fund of the United States.

But some European countries remain nervous that being too aggressive could backfire, hurting trade and investment with Beijing. “We have seen a growing tendency in China to retaliate against countries that criticize it,” Glaser said.

And despite the “positive veneer” and goodwill on Biden’s initial tour, allies wonder what they’ll see in the next administration, or the one after that, said Andrea Kendall-Taylor, who advised the Biden team during the transition to the White House.

“The European Union members are concerned that President Biden is an anomaly and that we could very easily snap back to a Trump-like president where alliances and the value of Europe is called into question,” said Kendall-Taylor, now with the Center for a New American Security.

Biden and his team are acutely aware that they have to do a better job selling the benefits of their foreign policy when they get back home. Biden talked about it during his campaign,

“Everything we do in our foreign policy should ultimately be judged by the metric of whether it is making life better, safer and easier for families in the United States,” the senior administration official said.