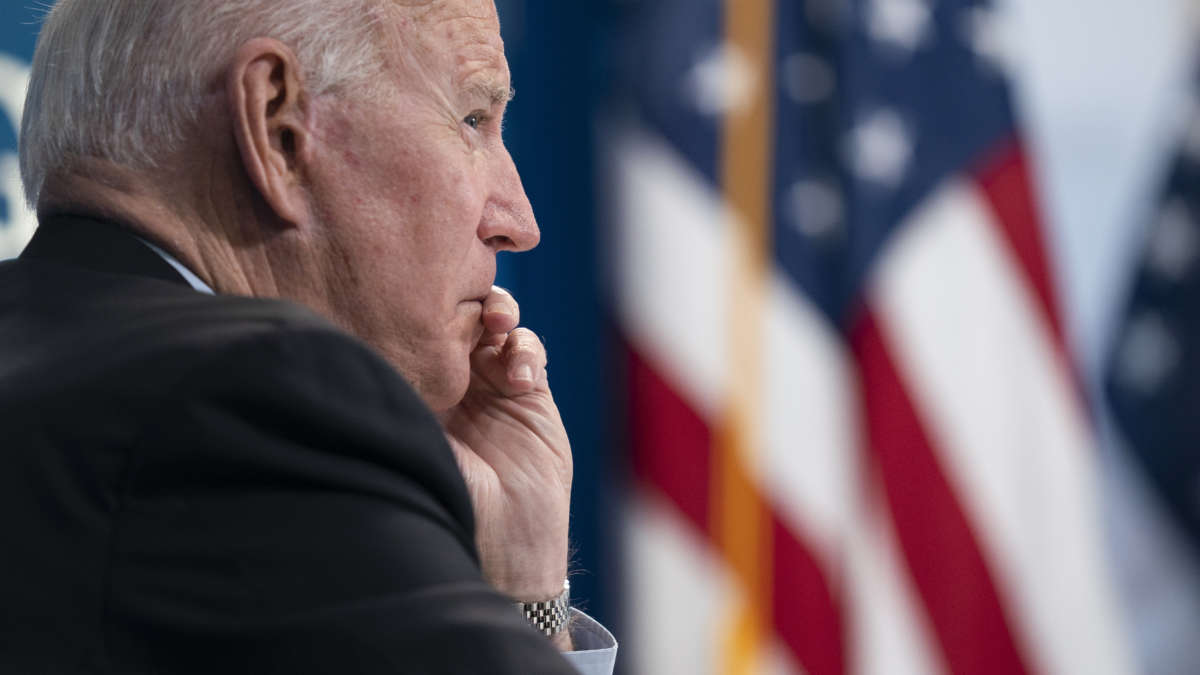 Speaking one day after the last U.S. troops left Afghanistan, ending America’s longest war, President Biden on Tuesday forcefully defended his decision to end the U.S. military involvement in the beleaguered country, calling it “the right decision, the wise decision, the best decision for America.”

“I was not going to extend this forever war,” Biden said in remarks from the White House, “and I was not extending a forever exit.”

Pushing back against those who advocate for a small force remaining in Afghanistan, Biden said, “There is nothing low grade or low risk or low cost about any war.”

He said U.S. missions overseas should have “clear achievable goals” and “stay clearly focused on the fundamental national security interests of the United States.”

Biden also defended the much-criticized U.S. evacuation and said the U.S. is committed to continuing to help Americans and Afghans leave the country.

As he has previously, the president painted the decision to leave Afghanistan as a binary choice — either continue indefinitely the 20-year war at an additional cost of U.S. lives and resources or end the American involvement.

Biden said the U.S. achieved its original goal in Afghanistan a decade ago by hunting down Osama bin Laden, the al-Qaida leader and the mastermind of the 9/11 attacks, but still stayed another decade. The terrorist threat has metastasized since then, Biden said, and the U.S. will maintain its fight against it, but he added, “We don’t need to fight a ground war to do it.”

Nearly 2,500 U.S. service members died over the 20-year war in Afghanistan, which cost hundreds of billions of dollars.

In his remarks, Biden said that people don’t understand “how much we have asked of the 1% [of Americans] who put on the military uniform.”

He cited the war’s costs to America — an estimated $300 million a day — as well as human costs to veterans and their families, including, he said, the 18 U.S. veterans who die by suicide each day.

Biden also defended the decision to leave Afghanistan by his self-imposed Aug. 31 deadline. He said it was not arbitrary but “was designed to save American lives.”

The U.S. has evacuated some 5,400 Americans from Afghanistan over the past month.

Biden said 100 to 200 Americans remain in the country “with some intention to leave.” Most of them, he added, “are dual citizens, longtime residents who had earlier decided to stay because of their family roots in Afghanistan.”

Biden said that “the bottom line” was that more than 90% of Americans in Afghanistan “who wanted to leave were able to leave, and for those remaining Americans, there is no deadline. We remain committed to get them out if they want to come out.”

Biden said that since March, the administration had reached out 19 times to Americans in the country “with multiple warnings and offers to help them leave.”

Biden praised the service members and diplomats who worked to evacuate more than 120,000 people from Afghanistan in recent weeks, calling it an “extraordinary success.”

That followed a statement from Secretary of Defense Lloyd Austin on Monday night thanking “all those who labored so hard and under such difficult circumstances over the past few weeks.”

Bipartisan criticism of a chaotic exit

But the withdrawal from Afghanistan was anything but smooth.

Thirteen U.S. service members and an estimated 170 Afghans were killed by a suicide bomber at a gate at the Kabul airport last week.

In response, a U.S. drone strike targeted suspected militants with ISIS-K, the group that claimed responsibility for the attack. Now the U.S. military says it is looking into reports that up to 10 civilians were killed when the U.S. carried out another strike Sunday on a vehicle near the airport.

In his remarks Tuesday, Biden told ISIS-K: “We’re not done with you yet.”

Biden has faced criticism — from Republicans and some Democrats — on the manner in which the withdrawal was carried out.

“The President made the morally indefensible decision to leave Americans behind,” Sen. Ben Sasse, R-Neb., said in a statement. “Dishonor was the President’s choice. May history never forget this cowardice.”

Ronna McDaniel, the chair of the Republican National Committee, said in a statement after Biden’s remarks: “Joe Biden abandoned Americans in Afghanistan. For months, Biden and his administration promised the withdrawal from Afghanistan wouldn’t be chaotic, they were wrong.”

Rep. Dean Phillips, D-Minn., a member of the House Foreign Affairs Committee, told NPR that junior aides in his office were embarrassed about how “poorly coordinated” the effort to help Americans and Afghan allies evacuate was, and he learned more from his staff than from federal officials.

Phillips credited the Biden administration for the large number of those who were airlifted but said that the decision-making about the policy needs to be examined and that top Cabinet officials need to be held accountable for what went wrong.

While there is bipartisan criticism about the exit from Afghanistan, the politics are where the parties disagree.

Republicans on Capitol Hill say voters will remember the chaos, and they argue the president ignored warnings about the consequences of leaving now.

But Democrats note that Americans from both parties support getting out of Afghanistan.

“Anybody who tells you at this very moment what’s going to be on the minds of American voters in the next midterm election is misleading you because nobody knows,” Phillips told NPR.