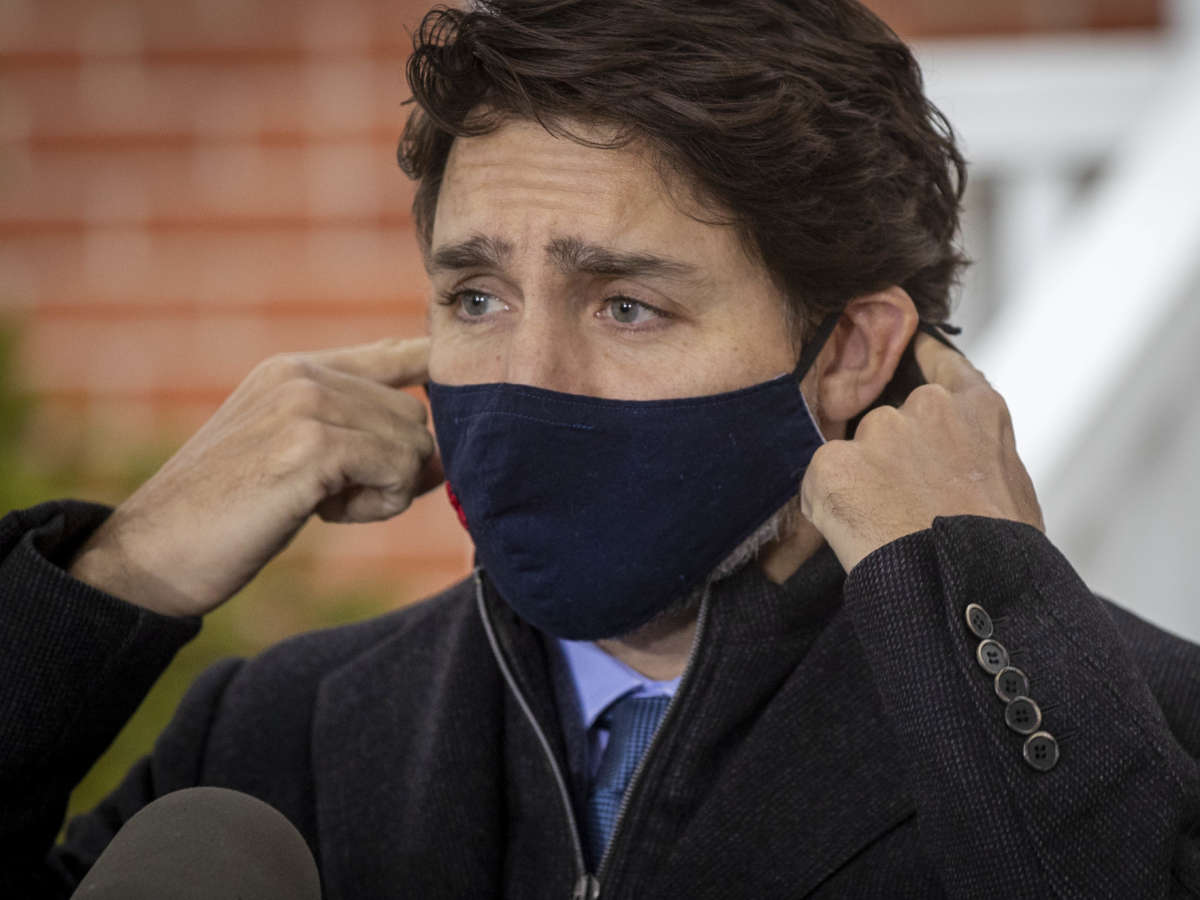 President Biden will welcome Canadian Prime Minister Justin Trudeau to the White House — but their meeting will be virtual due to COVID-19 constraints.
Image credit: Drew Angerer

President Biden plans to welcome Prime Minister Justin Trudeau and a delegation of Canadian officials to the White House on Tuesday – a virtual session due to COVID-19 constraints that will try to recreate some of the ceremonial flourishes of an in-person visit to Washington.

Biden and Trudeau plan to discuss the public health and economic crises caused by the pandemic, as well as shared goals on addressing climate change, addressing racism and discrimination, and other issues, a senior U.S. administration official told reporters ahead of the meeting.

The meeting will start as it would if they were sitting down together in the Oval Office, the official said. Biden and Trudeau will deliver brief remarks to reporters as they begin their meeting with Vice President Harris, Secretary of State Antony Blinken, and national security adviser Jake Sullivan, and their Canadian counterparts.

Then, Biden will walk over to the White House residence and give a public statement. He will be joined by Trudeau, on a monitor. In Ottawa, Trudeau also will make some remarks, the official said.

There were no immediate details about the deliverables expected from the meeting. The official told reporters that Biden was hoping for a “road map to reinvigorate U.S.-Canada collaboration.”

Trudeau, the leader of Canada’s center-left Liberal Party, had a close relationship with the former Obama administration. But U.S.-Canada ties were tested by trade tensions during former President Donald Trump’s term.

Trump blew up after Trudeau talked tough at the end a G7 summit in Canada in 2018. The following year, at a NATO summit in London, Trudeau was caught on a hot mic complaining about how long Trump held court with reporters, after which Trump called him “two-faced.”

There have been flashpoints since Biden took office. On his first day in office, Biden revoked a permit for the Keystone XL crude oil pipeline from Canada. “The decision will not be reconsidered,” the official briefing reporters ahead of the meeting said.

Canadians also have been angered that their government has been unable to secure COVID-19 vaccines from Pfizer and Moderna at plants close to the Canada-U.S. border, being relegated instead to ordering from Europe.

Trudeau has also pressed U.S. officials to help secure the release of two Canadians detained by China in 2018 after Canadian detained a top official from Huawei Technologies Co. for a U.S. extradition warrant. The White House wants to be “supportive” on securing the release of the Canadians, but declined to say whether a deal was in the offing.

“I think one of the things that that has changed significantly since January 20 is the White House is not going to be meddling in in Justice Department matters,” the official said.