Biden used to keep Trump mentions to a minimum. Not anymore 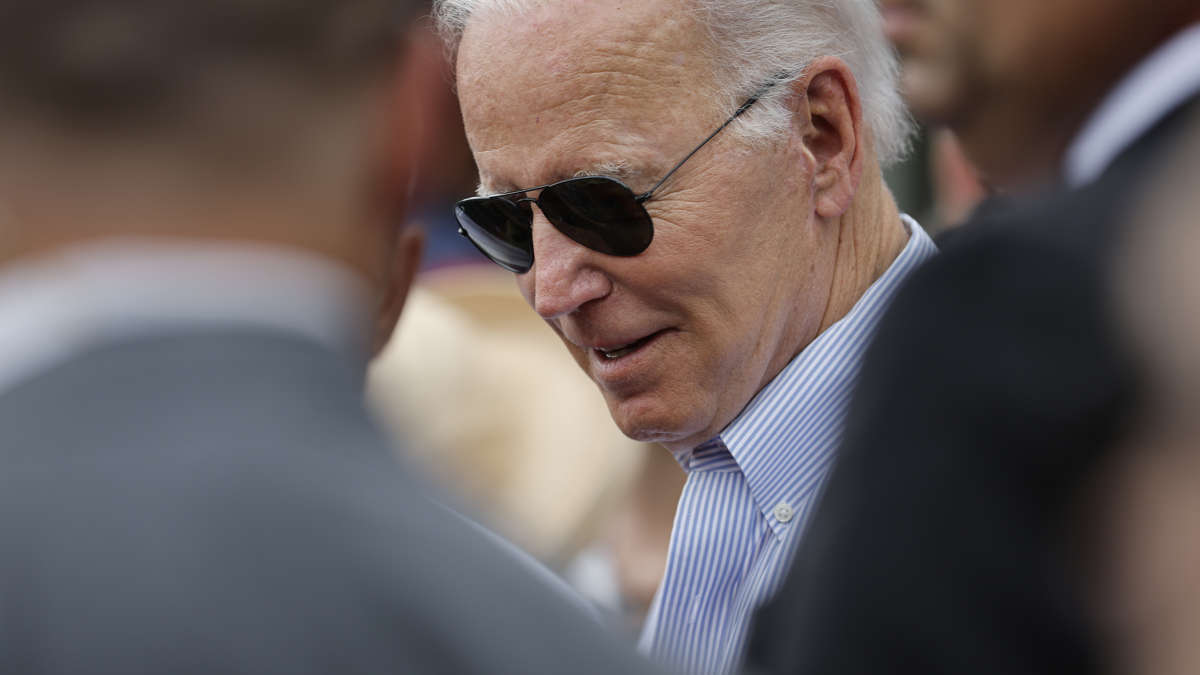 President Biden started his presidency only selectively referring to his predecessor as "the former guy." But he's talking about Donald Trump frequently in recent weeks and months.
Image credit: Chip Somodevilla

In the early part of the Biden administration, there was an unwritten rule: Don’t talk about the former guy. But with the midterms around the corner, Donald Trump seems to be back on the tip of President Biden’s tongue.

Biden called him “the great MAGA King” in May. In early July he said Trump dismissed and ignored “the forgotten people he promised to help.”

After the most recent Jan. 6 committee hearing, Biden went after Trump by name.

“The police were heroes that day,” Biden said in a virtual appearance with a law enforcement group. “Donald Trump lacked the courage to act.”

This Trump bump comes as the former president is endorsing candidates running in this year’s midterm elections and as he loudly hints he’d like to be on the ballot again himself in 2024.

“The reemergence of the former guy is that he reemerges,” said John Anzalone, president Biden’s pollster. Trump is “the one that is becoming more visible and more contentious.”

Not only is Trump out on the campaign trail, giving speeches and making attention-grabbing endorsements, but the House Select Committee on January 6th has directed significant attention back to the waning days of Trump’s presidency.

With the recent passage of numerous bipartisan bills and a deal among Democrats on the Inflation Reduction Act, Democrats expect to have an affirmative “look what we’ve done” message to run on this fall, in the face of economic headwinds. But it doesn’t mean they can or should ignore the elephant in the room, says Democratic strategist Jesse Ferguson.

“Typically, losing presidents ride off into the sunset with dignity,” said Ferguson.

Or after eight years of service, they quietly move on to their post-presidency. There is a long history of presidents facing down a tough midterm and running against their predecessors’ policies or legacies.

But this time is different, because Trump isn’t in the rearview mirror.

“President Biden is not running against the former guy, he is setting up a midterm contrast against the current and most likely future leader of the Republican Party,” Ferguson said.

Late last month, Trump hinted he would be running for president again, “a lot sooner than people think,” while speaking to a convention in Washington, D.C.

After that event, House Minority Leader Kevin McCarthy said he asked Trump not to declare his 2024 candidacy until after the midterms, the implication being that it would be better for Republicans if the midterms were about inflation, immigration, crime and not the polarizing former president.

Senior Democratic strategist Karen Finney says that part of what Biden is trying to do by talking about Trump and Trumpism is prevent Republicans from keeping the former president at arm’s length.

“You know it’s not just about Trump,” she said. “Look at how many candidates in this Republican primary season, whether they got Trump’s approval or not, were vying for it.”

And if there’s one thing almost everyone can agree, it’s that “nothing motivates voters, both Democrats and Republicans, like Donald Trump,” said former Trump campaign consultant David Urban.

Shakir says parts of the Democratic base are feeling lethargic and uninspired, frustrated that Biden and Democrats haven’t made more progress. But then along comes Trump with all his teasing about a 2024 run. Shakir calls it a “gift” for Biden and Democrats.

“The challenge for Biden has been that he hasn’t had a foil,” said Shakir, referring to Biden’s low approval rating, which reflects some of that Democratic lethargy. “You have a stance on Biden one way or another. But what he’s trying to make clear is, no, there’s a choice. There’s a directional choice.”

David Urban points to recent polls that show many Democrats want someone other than Biden to run in 2024. Still, he says in a head-to-head matchup with Trump, the same polls still show Biden ahead.

“And so I think [Biden] kind of likes to kind of thump his chest about that a bit,” said Urban.

“When people are looking at turning the page and moving on to a new candidate, new future, somebody younger, brighter, shinier, it allows him to say, ‘Yeah I’m the guy that beat the guy,'” said Urban.

In a recent interview, Biden was asked about a possible rematch with Trump in 2024. Biden said he wasn’t predicting it, but he also “would not be disappointed.”