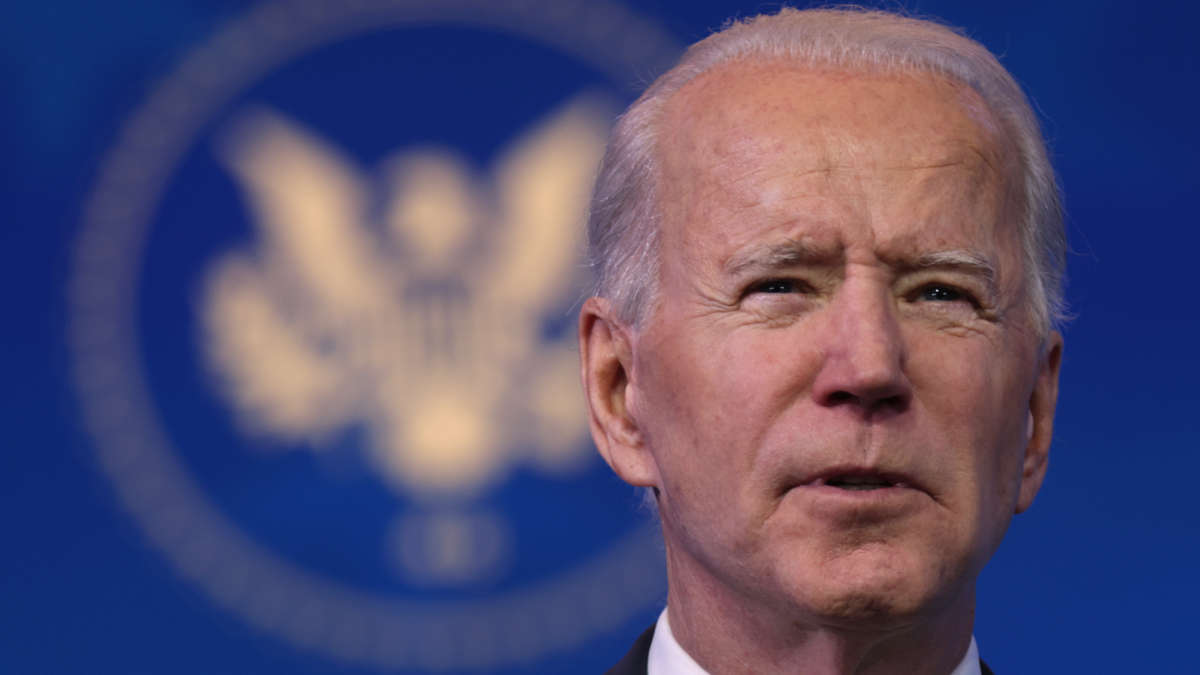 President-elect Joe Biden plans to take a number of policy actions on immigration, climate, pandemic mitigation and other issues in his first days and weeks in office, his chief of staff announced on Saturday.
Image credit: Alex Wong

For more than a year and a half, President-elect Joe Biden campaigned promising to undo several Trump administration policies on Day 1 of his presidency, and now his team is filling in the details of that and more as he prepares to take office.

Biden’s incoming chief of staff, Ron Klain, on Saturday laid out in a memo the executive orders the new president will issue on Jan. 20 and in the early days of the new administration.

As Biden promised from the very beginning of his campaign, he will sign an order returning the United States to the Paris climate agreement, the international accord to lower greenhouse gas emissions that the Obama administration played a lead role in crafting. President Trump withdrew the U.S. from the agreement.

Biden has promised to implement sweeping changes to the energy and transportation sector to reach the country’s Paris emissions goals.

Biden will also sign orders to direct the Education Department to extend a pause on federal student loan payments and interest; to extend the ban on evictions and foreclosures as a result of the pandemic; and to reverse President Trump’s travel ban on some Muslim-majority nations.

Additionally, Biden will sign an order requiring masks on federal property and for interstate travel. Biden has said he’ll use part of his inaugural address to urge Americans to commit to wearing masks for at least 100 days to help slow the spread of the coronavirus pandemic that has now killed almost 400,000 Americans.

Klain wrote that Biden will also submit a broad immigration proposal to Congress. On Thursday, Biden unveiled a $1.9 trillion stimulus package he says is his top legislative priority for the beginning of his term.

Biden will continue to sign executive orders through the first 10 days of his presidency.

On Day 2, Biden will sign more actions related to testing and other measures for the coronavirus, Klain said in the memo. On Jan. 22, Biden will direct agencies to “take immediate action to deliver economic relief to working families bearing the brunt” of the coronavirus crisis, the memo said.

“While the policy objectives in these executive actions are bold, I want to be clear: the legal theory behind them is well-founded and represents a restoration of an appropriate, constitutional role for the President,” Klain said.