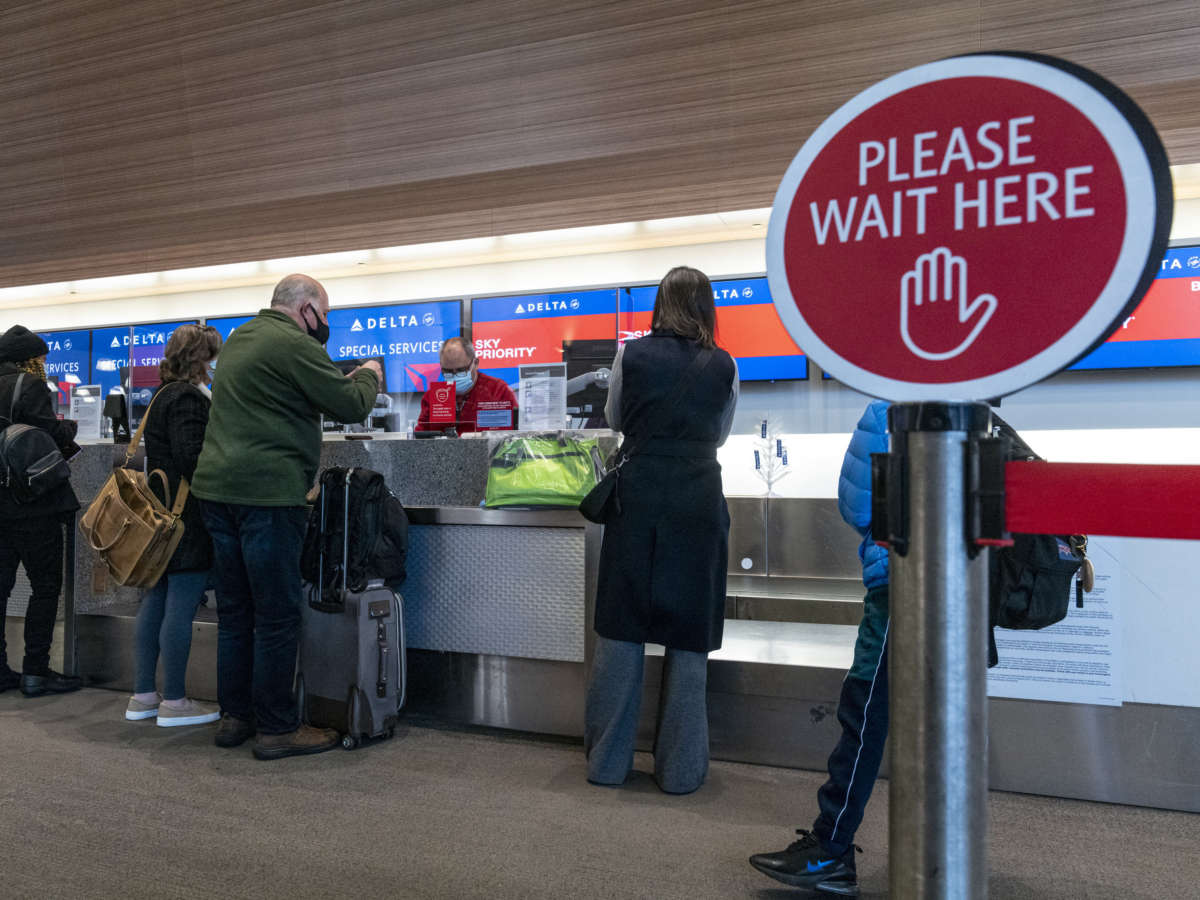 President Biden will reimpose a ban on many non-U.S. citizens attempting to enter the country. The move is an attempt to limit the spread of COVID-19 and contain new variants of the disease that have cropped up in several countries around the globe, according to media reports Sunday.

The ban, expected to start Monday, would prohibit travelers from the United Kingdom, Ireland, and 26 countries in Europe that allow travel across open borders, called the Schengen Area, according to Reuters. It will also block entry to travelers from Brazil and South Africa, where researchers discovered new variants of the virus.

Former President Donald Trump imposed similar restrictions on travelers from Brazil and Europe, but ordered those bans be lifted two days before his term ended.

White House press secretary Jen Psaki criticized Trump’s announcement to lift travel restrictions writing in a tweet last week, “With the pandemic worsening, and more contagious variants emerging around the world, this is not the time to be lifting restrictions on international travel. We plan to strengthen public health measures around international travel in order to further mitigate the spread of COVID-19.”

Just over a year after the first U.S.-based coronavirus case was detected, the nation surpassed a harrowing pandemic milestone on Sunday: 25 million confirmed cases, according to data from Johns Hopkins University’s Coronavirus Resource Center.

A U.K.-based variant of the virus, first discovered in the U.S. in late December, is believed to be more infectious than the main strain. Other new variants have been found in South Africa and Brazil that could also be more infections and may also decrease the efficacy of vaccines.

The new South African variant drove a decision by U.S. health officials to add the country to the travel ban list.

“We are adding South Africa to the restricted list because of the concerning variant present that has already spread beyond South Africa,” Dr. Anne Schuchat, the Centers for Disease Control and Prevention’s principal deputy director, told Reuters.

The CDC said that starting Tuesday it would also require all travelers flying to the U.S. from abroad to show proof of a negative COVID-19 test before getting on a plane.

The CDC is declining to consider temporary waivers requested by U.S. airlines that would exempt some travelers coming from countries with limited testing, Reuters reports.

Countries around the world are implementing new lockdown measures to combat the pandemic’s spread.

Israel announced it would close its only international airport, Ben Gurion International Airport, for one week to stop the spread of the coronavirus. The only exemptions would be cargo flights, medical evacuations, and firefighting flights, according to The Washington Post.

Australia said it would suspend New Zealand’s “green zone travel status” for three days after a woman acquired the South African variant of the coronavirus while in hotel quarantine there.

Passengers arriving in Australia on a green safe travel zone flights are exempt from a requirement that travelers be tested for COVID-19 at least 72 hours before leaving their country of origin.