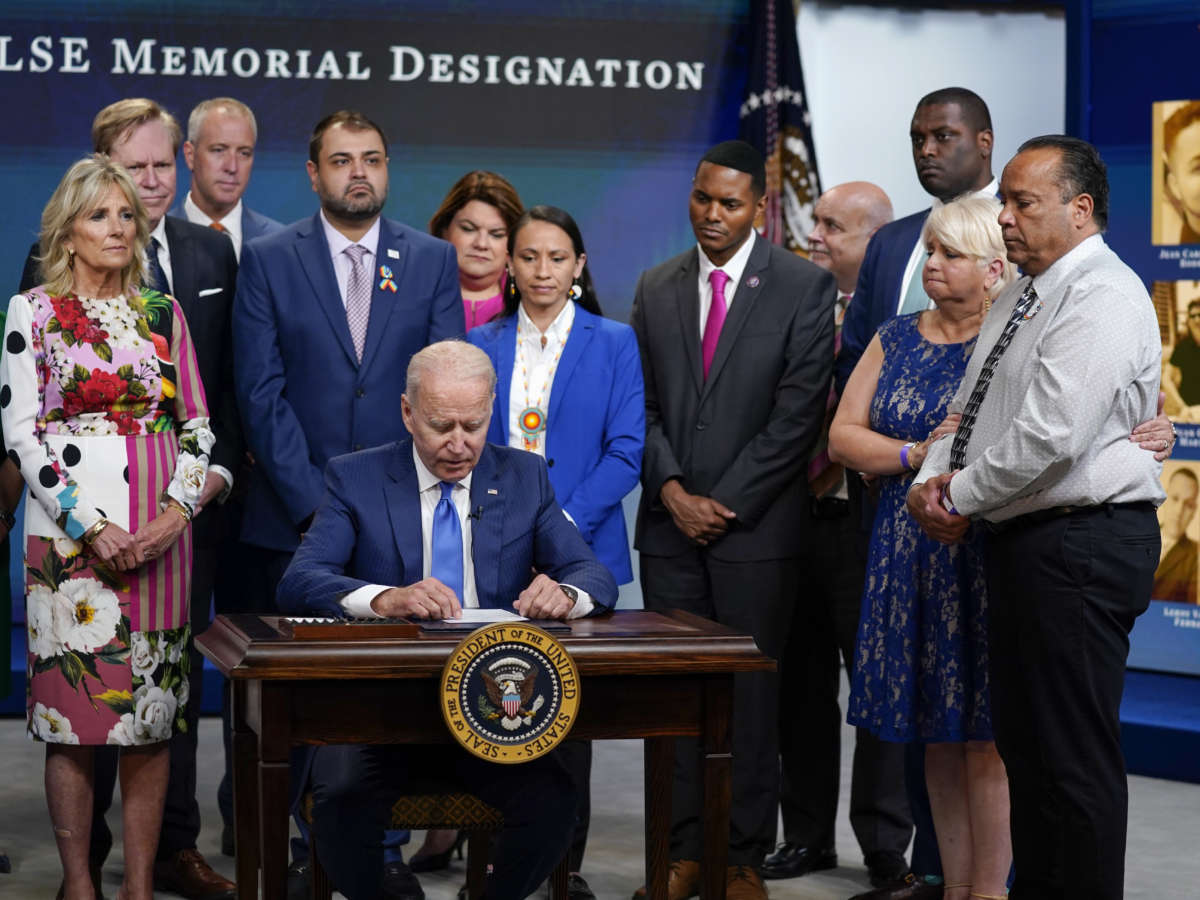 President Joe Biden signed a memorial bill to recognize the victims of the 2016 Pulse nightclub shooting and offered his condolences to people who are awaiting news on their loved ones in the wake of the deadly Surfside, Fla., partial condo collapse.

Biden — who had only recently left the vice presidency when a 29-year-old man killed 49 people and wounded 53 more in the nightclub mass shooting — signed the bill to enshrine a monument to the dozens killed in the Latin Night massacre.

The shooting occurred at a gay nightclub in Orlando, Fla., in June 2016. The month of June is celebrated annually as LGBTQ Pride month in the United States.

Biden also offered his thoughts to the victims and loved ones of those affected by the catastrophic collapse earlier this week of a Miami-Dade County condo. Authorities say four people have been declared dead and an additional 159 are considered missing in the rubble.

“I just want to say, I’ve spoken to Governor DeSantis, and we’ve provided all the help that they have, they need,” Biden said. “We sent the best people from FEMA down there. We’re going to stay with them.”