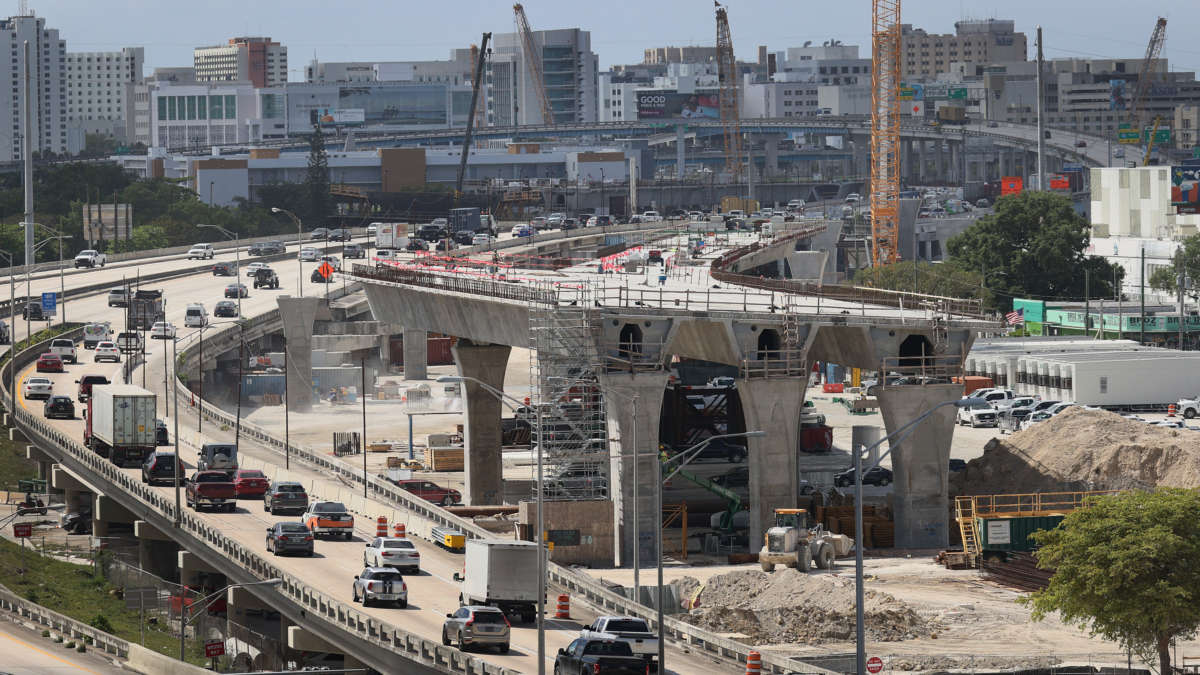 President Biden on Wednesday will unveil a sprawling, ambitious infrastructure proposal that, if enacted, would overhaul how Americans get from point A to point B, how their electricity is generated, the speed of their Internet connections, the quality of their water and the physical makeup of the schools their children are educated in.

The measure, called the American Jobs Plan, includes big infrastructure fixes that both major parties — as well as a majority of Americans — consistently say they want to see, including upgrades to bridges, broadband and buildings.

And embedded within the plan are efforts to build out U.S. clean energy infrastructure that, by itself, would rank as one of the most ambitious initiatives ever by the federal government to lower the country’s greenhouse gas emissions; along with efforts to address racial inequalities and advance the U.S. economy to compete with China.

That’s if the measure is signed into law, though.

Democrats have a slim House majority and only control the Senate because of Vice President Harris’ tie-breaking vote. With Republicans already voicing concerns about the proposal’s cost and corporate tax hikes, Democrats may once again have to force major legislation through complicated Senate procedures that could drastically narrow its scope. The party would also have to stick together on a historically expensive effort that has some moderates balking, while some high-profile progressives call for even higher spending levels.

What Biden is introducing in Pittsburgh on Wednesday is the first part of a larger plan to overhaul the economy. Additional proposals for spending on education, childcare and other social programs the administration calls “human infrastructure” are expected in the coming weeks.

Addressing the climate and racial inequities

The initial package includes two environmental ideas Biden regularly talked about when running for president: creating a New Deal-inspired Climate Conservation Corps to work on conversation projects and environmental justice efforts, as well as catalyzing an irreversible shift from gasoline-powered to electric vehicles.

Biden wants to spend billions on rebates and tax incentives to encourage Americans to purchase electric vehicles, and he proposes paying for the transition of thousands of transit and school buses from diesel to electric. At the same time, he wants to incentivize state and local governments to build electric vehicle charging stations to power those new cars and busses.

Altogether, Biden is proposing $174 billion in spending on boosting the electric vehicle market — more than the plan would spend on highway and bridge repairs.

The proposal would also try to speed up private investments in clean energy like wind and solar by expanding investment and production tax credits, and funding existing state and local projects that already do the same.

Biden has repeatedly said that addressing America’s historic racial injustice is one of the top goals of his administration. Attempts to fix decades of racial inequity run through the various efforts in the infrastructure proposal. The president’s plan would replace all of the country’s lead pipes and service lines — dangerous infrastructure flaws that predominantly affect communities of color like Flint, Mich. It would spend $85 billion improving and expanding mass transportation, the main mode of transportation for many people of color.

Biden’s plan even includes a $20 billion proposal to reconnect urban neighborhoods cut off, bulldozed and blighted by highways planned and built with little to no regard for the people who lived along their routes.

The White House wants to raise corporate taxes to 28% — halfway between the current top corporate rate of 21% set by former President Donald Trump’s 2017 tax law and the 35% rate before it was enacted. Biden’s measure would also raise the global minimum tax for U.S. multinational corporations, attempting to stop the shifting of profits to tax havens.

The infrastructure proposal does not mention raising individual tax rates, including on wealthy Americans.

While the bulk of the proposal’s $2 trillion in spending would come over the coming eight years, the administration says the increased revenue would pay for all the projects over a span of time nearly twice as long: 15 years.

But there’s another fiscal argument many Democrats are starting to make.

“Don’t get hung up on this concept that we need to find a way to pay for it dollar for dollar because infrastructure is one of those issues that pays for itself,” said Zac Petkanas, a senior advisor to Invest in America, a Democratic group formed in January that advocates for an expansive infrastructure package.

The Biden plan points to lots of potential job creation that would generate tax payments and efficiencies, like saving money in the power grid. But Republicans are certain to raise a lot of questions about those promises.

As with the American Rescue Plan, the main immediate political question is whether any Republicans would support the proposal. Biden campaigned on restoring bipartisanship and unity to Washington, D.C., but has increasingly made it clear that he views that benchmark via the broader popularity of his proposals, not whether any Republican lawmakers actually vote for them.

A bipartisan measure would eliminate the need to tailor details to fit the nebulous rules of what can, and cannot, be considered in bills passed via the Senate’s reconciliation rules, which bypass the chamber’s filibuster procedures.

Historically, spending is an area where Democrats and Republicans in Congress collaborated, and there is a widespread acknowledgement now of a huge backlog that needs to be addressed.

Former Sen. Heidi Heitkamp, D-N.D., says what can make infrastructure an easier sell is that there’s something tangible for every lawmaker to tell their constituents about.

Indeed, many Republicans are already making it clear that they see Biden’s infrastructure proposals as far too broad, and far too expensive.

Many Democrats seem resigned to the fact that this will likely be another party-line process. John Podesta — who coordinated climate policy during the Obama administration, in addition to advising both Bill and Hillary Clinton — trailed off and laughed when trying to make the case for how Republicans would support the climate aspects of the measure.

Jamal Raad, who co-founded the climate advocacy group Evergreen Action, argues the Biden administration should proceed through reconciliation right off the bat, or convince Senate Democrats to vote to eliminate filibuster rules.

It’s a path that, despite decades in Washington as an aisle-crossing deal-cutter, Biden has now made clear he’s willing — perhaps even eager — to take as he sets out to transform the country.