Biden Says The U.S. Would Offer Aid To Cuba If He Had Assurances About The Regime 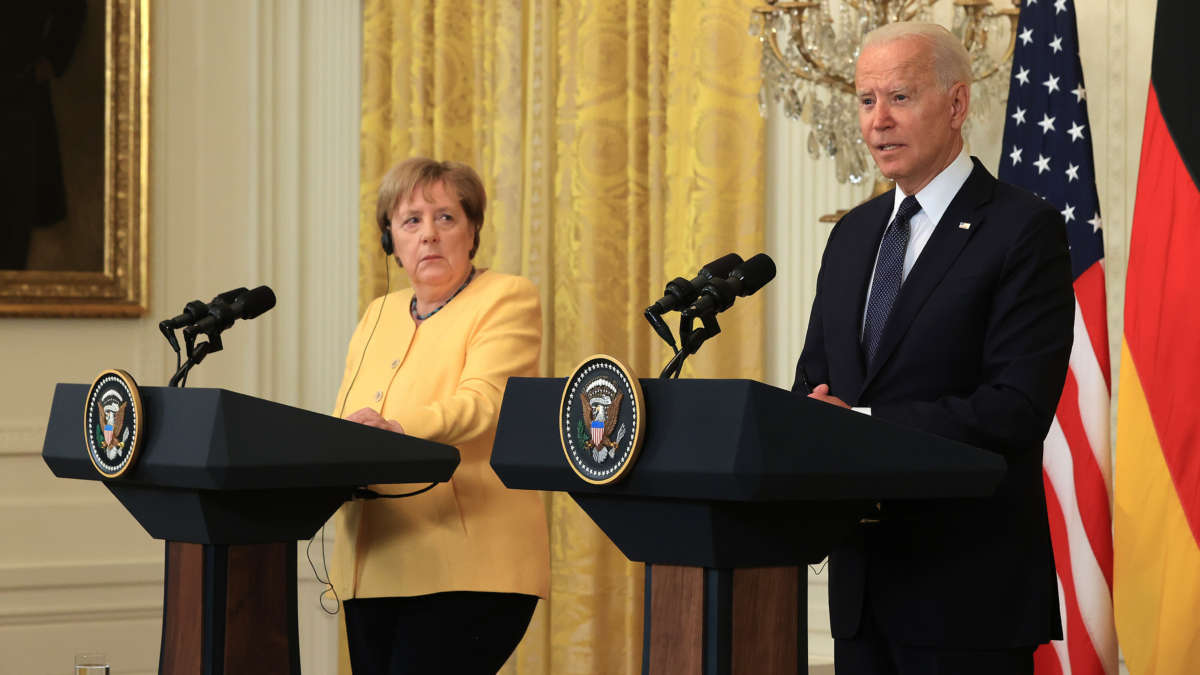 President Biden says there are several areas of humanitarian aid he would consider for the people of Cuba, which has seen recent protests against the authoritarian regime, if he had assurances that the government would not intercept the assistance.

Biden on Thursday cited the ability for people to send remittances back to those in Cuba, and doses of COVID-19 vaccine.

“I would be prepared to give significant amounts of vaccine if in fact I was assured an international organization would administer those vaccines and do it in a way that average citizens would have access to those vaccines,” he said during a joint White House news conference with German Chancellor Angela Merkel.

Biden called Cuba a “failed state” that is “repressing its citizens.” The country has seen recent demonstrations due to food shortages and high prices amid the pandemic.

The president also said the U.S. is considering whether it has the “technological ability to reinstate” internet access that has been restricted for Cubans.

Biden also said Merkel asked him about ongoing travel restrictions on Europeans coming to the U.S. due to the pandemic. He said the U.S. is in the process of lifting that ban and will be able to say “in the next several days” when that might happen.

Through a translator, Merkel said they discussed the increase of the delta variant in both countries and wanted to make sure if the travel ban was lifted that it was “sustainable” and not a decision that would be reversed in the near future.