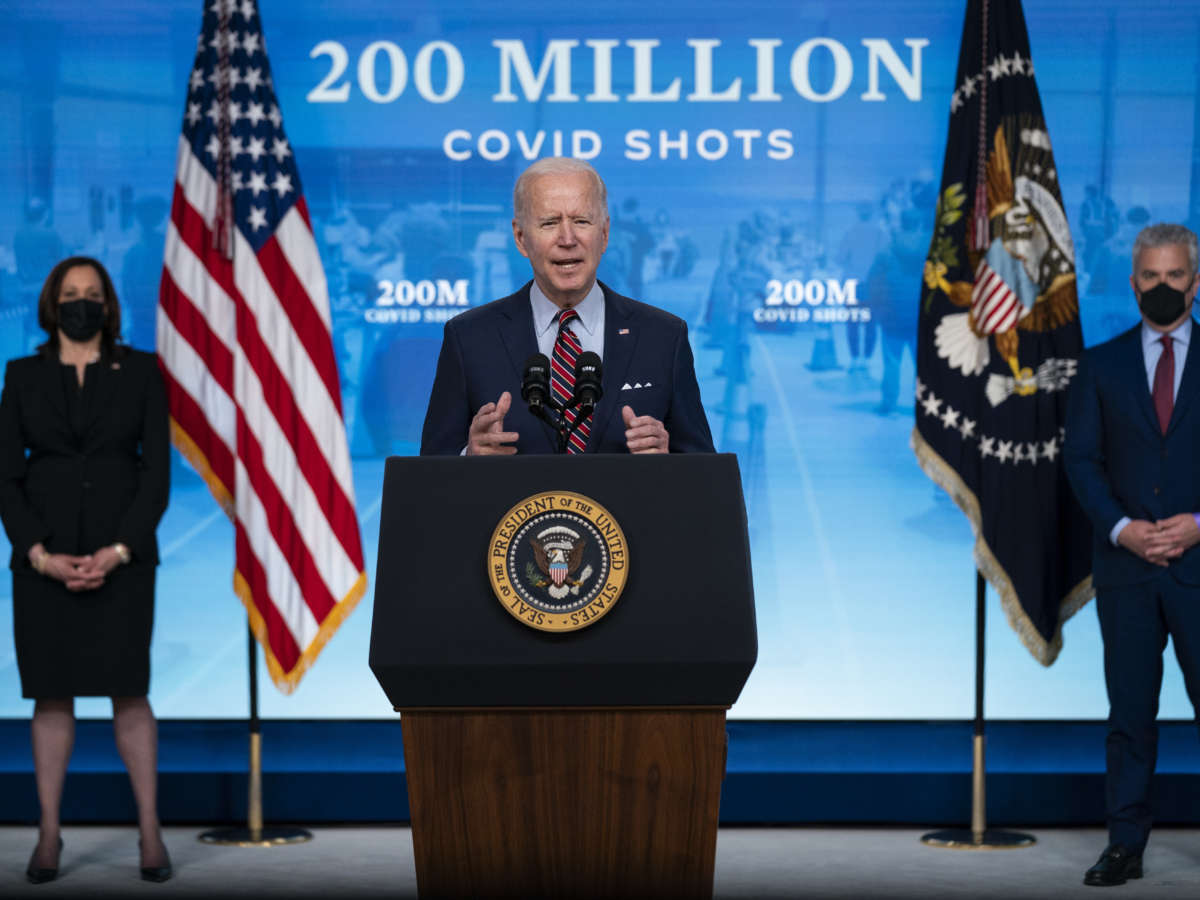 President Biden appears at the White House on Wednesday, where he announced that his administration has reached a goal of 200 million COVID-19 shots within his first 100 days in office.
Image credit: Evan Vucci

President Biden announced Wednesday that Americans have received 200 million COVID-19 vaccinations since he took office, double his initial goal of 100 million vaccinations in his first 100 days, and what he called “an incredible achievement for the nation.”

Biden, who will officially cross the 100-day mark next week, also announced the availability of tax credits to employers who give their workers paid leave to get a shot.

“No working American should lose a single dollar from their paycheck because they are doing their patriotic duty to get vaccinated,” Biden said.

The tax credits for employers with fewer than 500 employees were a part of the $1.9 trillion American Rescue Plan he signed into law last month.

The administration is calling for employers to incentivize employees to get their shots, including by giving them discounts and through product giveaways. The administration says that nearly a quarter of Americans who do not plan to get vaccinated say they would, if they got paid leave, gift cards, cash bonuses or other incentives.

As of Monday, the administration says everyone 16 and over in every state and territory is now eligible to get vaccinated.

Biden said that as of Sunday, more than half of adult Americans have had at least once shot, and that by Thursday, 80% of those over 65 will have had one.

But he conceded that “we still have some work to do” to get more Americans vaccinated, stating that “the broad swath of Americans hasn’t received a shot.”