Biden Says All Adults Will Be Vaccine Eligible By April 19 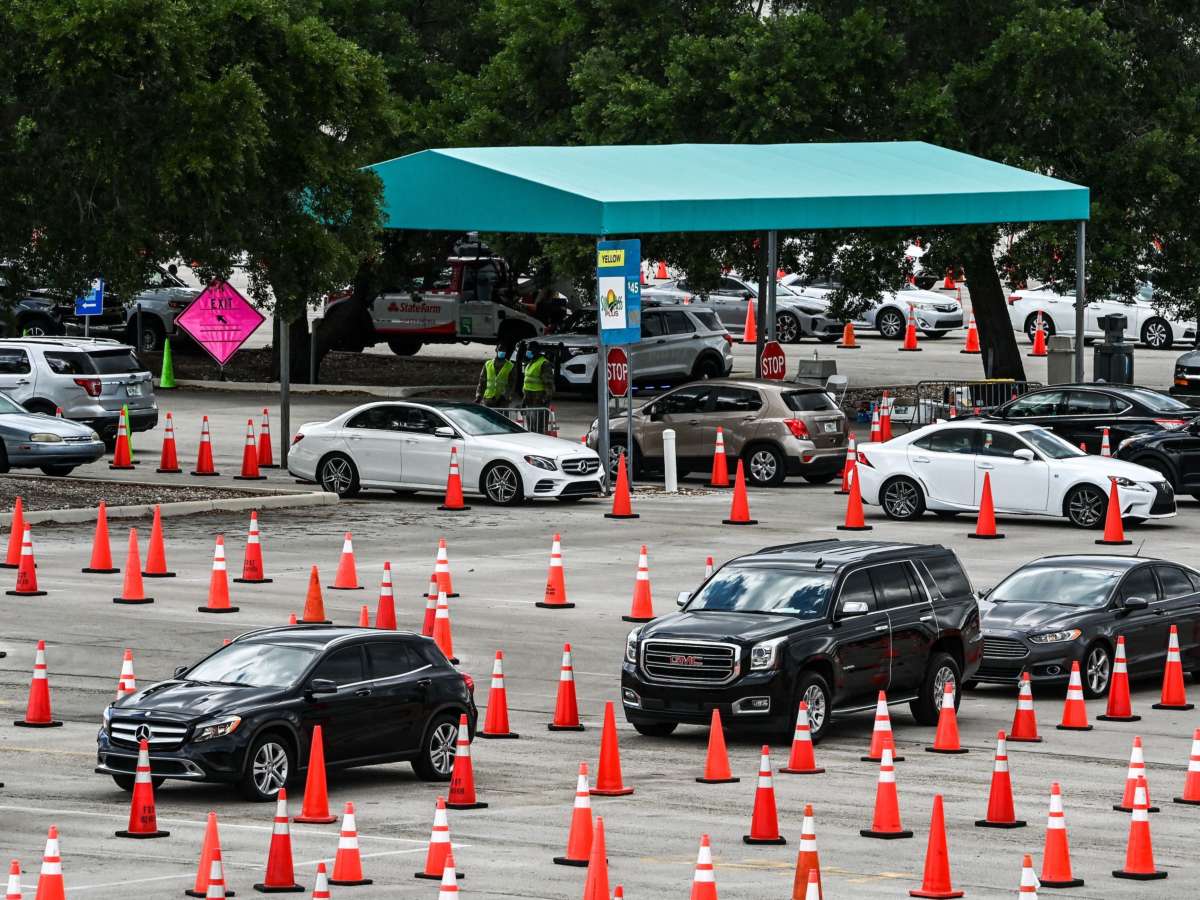 People wait in their vehicles to get vaccinated last week at a drive-through site at Hard Rock Stadium in Miami Gardens, Fla. President Biden announced an April 19 deadline for all states to open eligibility to individuals ages 18 and up.
Image credit: Chandan Khanna

President Biden announced Tuesday that he is moving up the deadline for states to open up COVID-19 vaccinations to all U.S. residents 18 and older by about two weeks. Less than a month after directing states to expand eligibility to all adults by May 1, Biden changed that deadline to April 19.

The president made his announcement after visiting a vaccination site at Virginia Theological Seminary in Alexandria, an Episcopal institution founded in 1823. His visit was intended to highlight the participation of religious organizations in the vaccination effort.

Most states have either made vaccines available to all residents 16 and older or announced plans to do so by mid-April. The White House did not say how it intends to get the handful of remaining states to move up their timelines.

Officials announced at the end of March that nearly half of states were set to expand eligibility to all adults by April 15, and that 46 states and Washington, D.C., would do so by May 1. In the weeks since, the remaining four states — New York, Wyoming, South Carolina and Arkansas — have all opened vaccines to the general public.

The country is averaging 3.1 million shots per day over a seven-day period, White House officials said Monday, and reached a new milestone over the weekend with an unprecedented 4 million vaccinations recorded in one day. Nearly 1 in 4 adults are fully vaccinated, officials added.

According to NPR’s vaccine tracker, 18.8% of the U.S. population is fully vaccinated, and 32.4% has had at least one dose. The states with the highest percentage of their populations vaccinated include New Mexico, South Dakota, Alaska, Rhode Island and Maine.