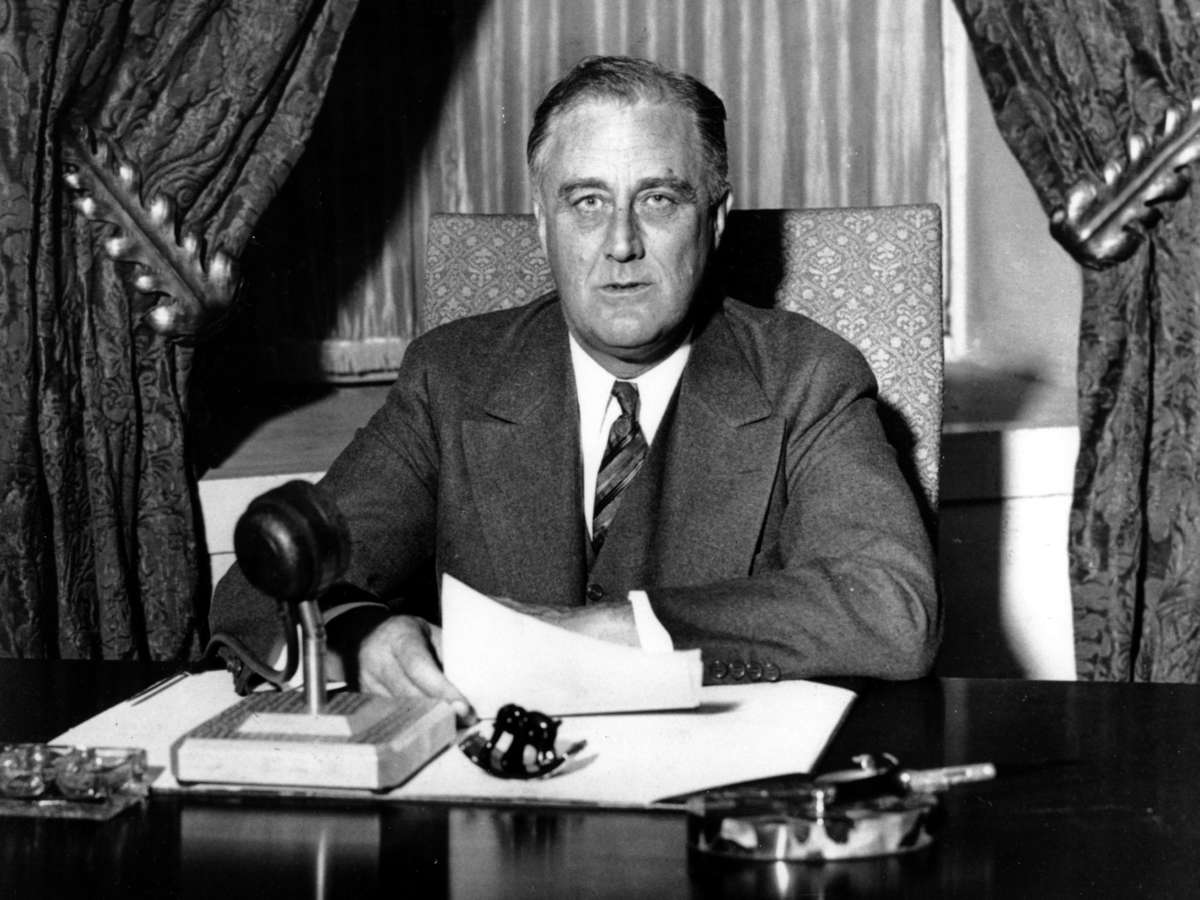 This photo was taken moments before U.S. President Franklin D. Roosevelt began his historic "Fireside Chat" to the American people on March 12, 1933. President Biden is reviving the practice, used by many modern presidents but ditched by Trump, of directly addressing the public through a weekly address.

President Biden is reviving the practice of directly talking to the public in a weekly address.

Across the official @POTUS social media accounts, the White House dropped the inaugural edition of Biden’s take on a presidential confab on Saturday. In the roughly two and a half-minute video titled “A Weekly Conversation,” the president talks over the phone with Michele, a woman from California who lost her job at a clothing company because of the pandemic.

Biden offers his assurances to Michele and outlines his policy priorities to assist renters and homeowners as well as workers and businesses left in dire straits by the coronavirus. A theme throughout the video is Biden as a listener who empathizes with ordinary Americans.

“I admire your sense of responsibility and desire to work,” Biden tells Michele.

A heart-to-heart with a single constituent is a shift from the radio addresses of Biden’s predecessors. The White House says Biden’s addresses will likely take a “variety of forms” over the course of his presidency.

Biden is not the first president to leave his mark on broadcasting his agenda in an informal manner. Franklin D. Roosevelt was the first to take to the airwaves in a big way to talk directly to Americans.

With two major crises facing his presidency — the Great Depression and World War II — Roosevelt made the most of the growing popularity of radio to make the case for his New Deal programs and the U.S. war effort. In these “Fireside Chats,” Roosevelt forwent high-handed rhetoric, opting for a casual tone and a vocabulary that could easily be understood by most Americans.

The radio chat became so associated with Roosevelt that aides to his successor, Harry S. Truman, urged him to stay away from the airwaves to avoid comparisons to Roosevelt’s “unusually fine radio voice that kept us through the years.”

Not all efforts to ditch the pomp of the executive office and talk directly to the public were met with as much success. President Jimmy Carter tried to break the format, turning the one-sided conversation into a call-in show hosted by iconic CBS News anchor Walter Cronkite.

“Not even Franklin D. Roosevelt, the last President who mastered radio as a means of explaining his policies, could claim that his ‘fireside chats’ were part of ‘a continuing effort to make himself available to the people of the country to answer their questions,’ as the Carter White House has done,” The Washington Post wrote ahead of the 1977 broadcast.

Politico notes that while Carter and Cronkite, who developed the idea, considered it a success, “Dial-a-President” never aired again. The New York Times quotes presidential historian Douglas Brinkley saying that for Carter, “it diminished him.” Carter did however attempt a similar feat two years later with in live call-in show with NPR’s Susan Stamberg in 1979.

It wasn’t until Ronald Reagan assumed the White House that a regular radio address to the public returned. Unlike Roosevelt’s Fireside Chats, which could take months between broadcasts, the actor-turned-politician made it a weekly practice to address voters on the radio.

The tradition was not dutifully maintained by his immediate successor George H.W. Bush, but both presidents Bill Clinton and George W. Bush embraced the weekly address. As did Obama, who modified the practice by releasing a video on social media instead of taking his agenda to the airwaves. Trump released a weekly address through most of 2017, but later ended up ditching it in favor of his rallies.