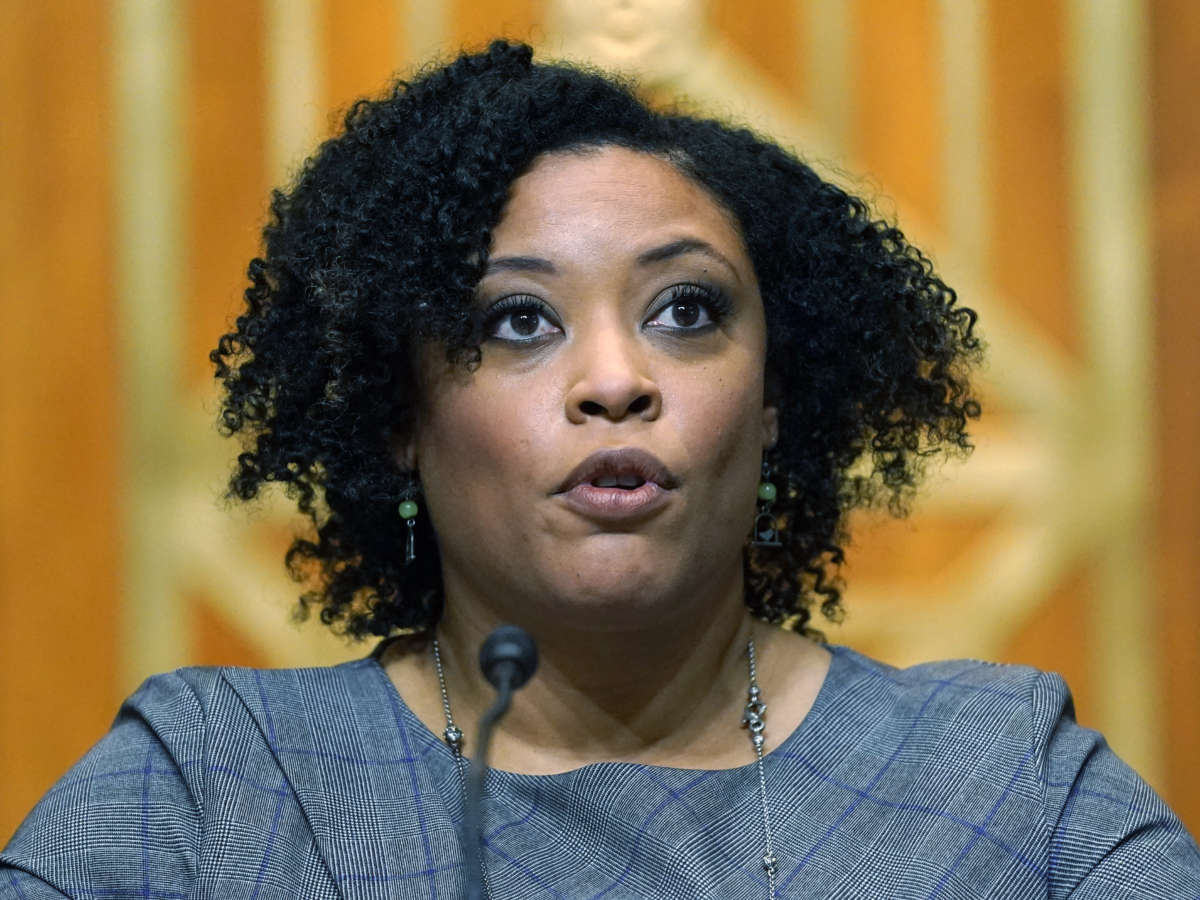 President Biden has proposed a $6 trillion budget for the fiscal year starting Oct. 1, part of a plan to overhaul the U.S. economy that would also mean running up deficits of at least $1.3 trillion a year for the rest of the decade despite new tax increases on the wealthy.

The proposal is the biggest budget in recent history, reflecting the massive government spending plans Biden rolled out this spring in his push to bolster the middle class and make the United States more competitive with China:

— his $1.5 trillion discretionary budget, which would increase funding for education, the IRS and the Centers for Disease Control and Prevention, among other things;

— the $2.3 trillion American Jobs Plan investing in infrastructure, currently under negotiation with Congress; and

The White House proposal highlights the president’s priorities, but Congress has the power of the purse and ultimately determines government spending levels. Congress needs to pass a spending deal by October to avoid a partial government shutdown. It also faces a deadline this fall for raising the debt limit.

Republicans have been averse to any tax hikes. Biden’s proposed investments in infrastructure and the social safety net, the likes of which the country hasn’t seen since World War II, come amid rising concerns over inflation.

Under the White House plans, changes to the tax code and tax enforcement would raise additional revenue, but total spending would also climb, reaching $8.2 trillion by 2031.

The federal debt would also reach record levels, surpassing the size of the entire U.S. economy — something the Congressional Budget Office had predicted would occur because of the pandemic, regardless of Biden’s additional spending plans.

The White House defends its eye-popping numbers as a necessary fix after decades of “underinvestment.” The added spending, it says, will help build a more productive economy in the long run.

“The president’s budget improves the long-term fiscal outlook because his policies are more than paid for over the long run,” Shalanda Young, acting director of Biden’s Office of Management and Budget, told reporters. “That is a sharp departure from unpaid tax cuts under the prior administration that seriously worsened our long-term fiscal problems.”

The Biden administration has insisted its jobs and families plans will be fully paid for within 15 years through tax increases.

“This is the right time to invest when we have historically low interest rates, investing now with a plan to pay for it,” Biden said in a speech Thursday in Cleveland. “That is the fiscally responsible thing to do.”

The White House insists that in later years, when the country faces more daunting fiscal challenges, its budget proposals will actually help reduce the deficit.

The budget was cheered by many progressives. Sen. Bernie Sanders of Vermont, chairman of the Senate Budget Committee, called it “the most significant agenda for working families in the modern history of our country” and pledged to try to help advance it.

Fiscal hawks commend the administration for at least attempting to pay for its new initiatives, but they remain concerned that the Biden White House is ignoring the current reality.

“They want to shift around their budget, that’s great. But you have to do that within the context of not having a debt that’s growing faster than your economy to unprecedented levels,” said Maya MacGuineas, president of the Committee for a Responsible Federal Budget.

In an interview before the budget was released, MacGuineas said the Biden administration inherited a “terrible fiscal situation,” explaining that even if it has a plan to pay for its new programs, the country’s deficit troubles remain.

“We have this huge gaping structural deficit problem,” she said. “And if you use all those pay-fors for new spending before you figure it out, your debt plan, it becomes really hard to deal with [the debt].”

The first year of a new administration is often the moment when more significant policy changes are introduced. Sharon Parrott, president of the left-leaning Center on Budget and Policy Priorities, said the economic fallout from the pandemic exposed the need for a stronger social safety net.

“I think the reality that we had systems that weren’t up to the task when people really needed help allows us to see that even in more normal economic times, when people fall on hard times, our systems to help them are often quite inadequate,” Parrott said.

The administration publicly released its budget on a Friday afternoon ahead of a holiday weekend. That timing raised questions.

“This is the blueprint for your entire plan for the country. It deserves transparency and attention, and trying to hide it right before everybody’s making a mad dash for the beach for the first time in over a year isn’t really the way we should govern,” MacGuineas said.

The Biden administration has downplayed concerns over inflation, projecting strong fiscal growth this year as the economy reopens after the pandemic but then relatively modest growth over time. It’s a marked shift from Biden’s predecessor: Former President Donald Trump was known for including unrealistic, inflated growth estimates in his budget.

Biden’s budget also promises increases in tax revenue not seen in decades by raising taxes on corporations and the wealthy and increasing IRS tax enforcement. The budget projects that the federal government would nearly double the amount of money it brings in through taxes by 2031.

Robert Bixby with the Concord Coalition, a group that advocates fiscal responsibility, said he appreciates that the administration is attempting to pay for its ambitious agenda, rather than merely running up more debt.

But it could be a hard promise to keep, he said. “The Republicans aren’t going to go along, it seems, with any sort of tax increase at all,” he said. “And so the Democrats are going to have to decide themselves, in their own party, how far they want to go with that commitment.”