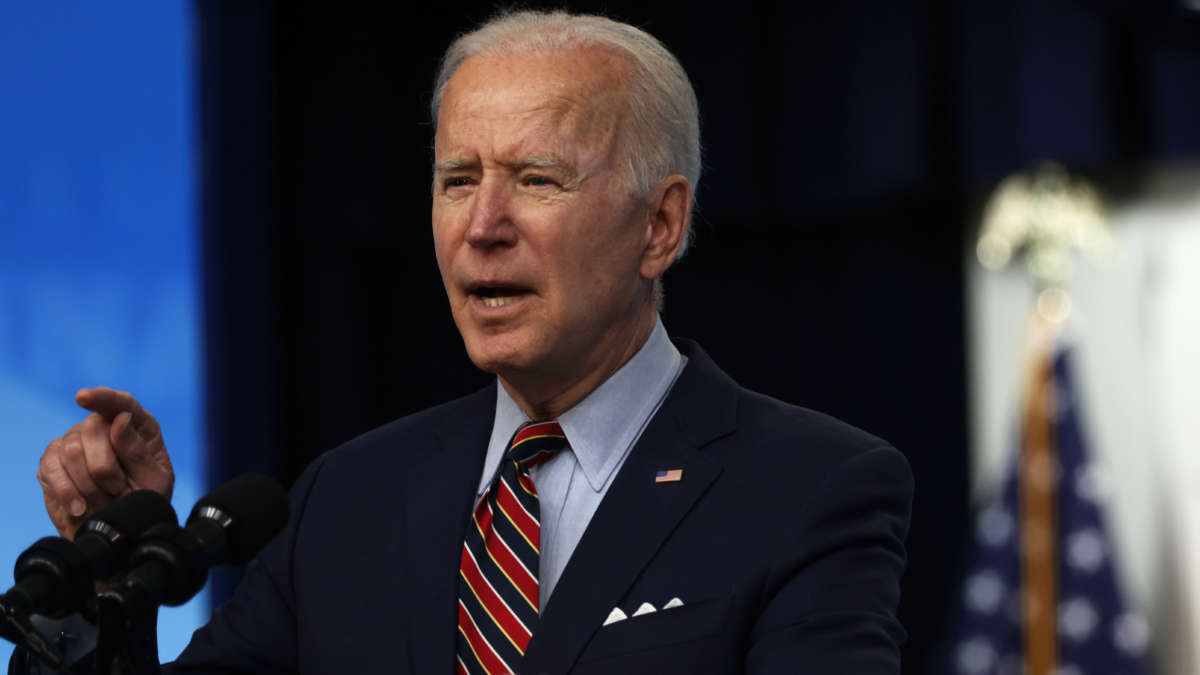 President Biden plans to tell Congress Wednesday night that his administration’s work to fight the pandemic shows that “America is on the move again,” but says he and Congress must work to prove “that our government still works — and can deliver for the people,” according to excerpts released by the White House.

Biden will use his address on the eve of his 100th day in office to make the case for huge new investments and tax reforms to overhaul the U.S. economy and rebuild the middle class, according to excerpts of the speech.

Biden’s address is set to begin at 9 p.m. ET. Watch live below or follow along as NPR reporters annotate his remarks.

The White House also said that Biden would host a meeting of leaders from the Senate and House on May 12, the first time he will host the four top Democratic and Republican leaders together since he has taken office. He and his staff have met at the White House with 130 members of Congress during his first 100 days in office, White House press secretary Jen Psaki said on Twitter.

The administration’s work in vaccinating more than 140 million people in the U.S. with at least one dose, as well as distributing financial relief to households, are among what Biden views as his biggest achievements during his first 100 days in office.

The president is expected to say, “we have acted to restore the people’s faith in our democracy to deliver.”

“We’re vaccinating the nation. We’re creating hundreds of thousands of jobs. We’re delivering real results people can see and feel in their own lives. Opening the doors of opportunity. Guaranteeing fairness and justice,” Biden plans to tell the joint session.

Biden faces a deeply divided Congress to press his agenda. Issues of taxation and government spending are some of the biggest stumbling blocks he’ll face, particularly in the Senate, where the parties are divided 50 Republicans to 50 Democrats, with Democrats holding a slim, technical majority in the chamber.

Sen. Tim Scott, the Senate’s only Black Republican, has been tapped to give his party’s response to Biden’s speech this evening. He plans to criticize the president on his response to the coronavirus pandemic, which he and other Republicans view as overly restrictive and unhelpful.

“Locking vulnerable kids out of the classroom is locking adults out of their future. Our public schools should have reopened months ago. Other countries’ did. Private and religious schools did. Science has shown for months that schools are safe,” Scott, who was raised in a single-parent, working-class household, will say, according to excerpts released ahead of the speech.

“But too often, powerful grownups set science aside. And kids like me were left behind.”

The issue of reopening schools amid the pandemic has been one of the most divisive issues across party lines. Republicans have pushed for students to return to the classroom in order to help ease the strain on the economy, while Democrats largely have been more cautious, stressing public health concerns.

“This administration inherited a tide that had already turned. The coronavirus is on the run,” Scott is expected to say.

“Thanks to Operation Warp Speed and the Trump administration, our country is flooded with safe and effective vaccines. Thanks to our bipartisan work last year, job openings are rebounding. … So why do we feel so divided and anxious?”