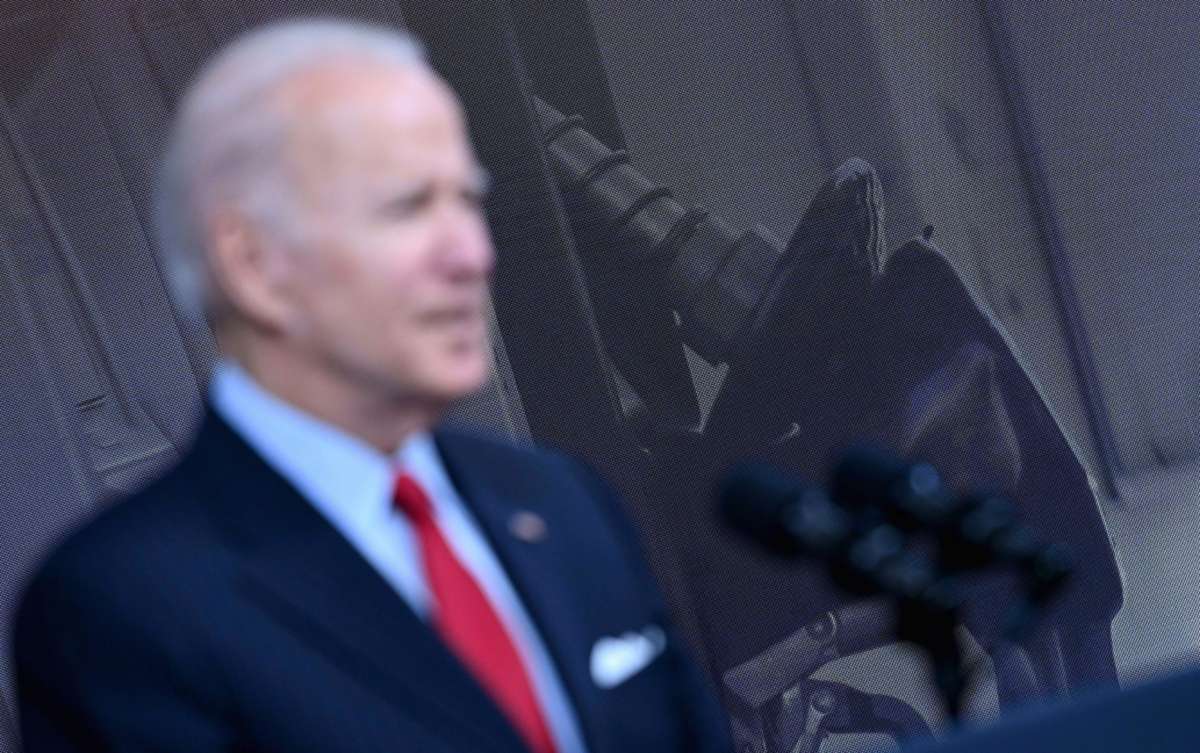 President Biden delivers remarks on the economy and lowering prices at the White House on Tuesday.
Image credit: Brendan Smialowski

Americans’ most pressing economic concern is inflation, and it’s contributing to a decline in how they view President Biden, according to a new NPR/Marist poll.

Biden’s approval is down to 42%, the lowest recorded in the survey since Biden took office. And a slim majority also say he hasn’t fulfilled his campaign promises.

How Americans view Biden’s job overall mirrors how they view his handling of the economy — and inflation is top of mind for voters.

When voters were asked what their top economic concerns are, inflation took the top spot (39%), followed by wages (18%), labor shortages (11%) and housing costs, unemployment and gas prices (tied at 9%).

For Republicans and independents, inflation is their chief economic concern, while for Democrats, it’s wages.

The survey was conducted from Nov. 16 to 19, using live callers who interviewed 1,048 adults, including 969 registered voters. When the survey references all respondents or all adults, it has a +/- 4.2 percentage point margin of error. When voters are referenced, it has a margin of error of +/- 4.3 percentage points, which means results could be 4.3 points higher or lower.

“Regardless of strong job numbers or the soaring stock market, Americans are worried about the economy and the reason is inflation,” said Lee Miringoff, director of the Marist Institute for Public Opinion.

The president has in recent weeks tried to walk a fine line on the economy, stressing its robust job and wage growth, while also empathizing with Americans paying higher prices for things like gas and groceries. On Tuesday, he announced that the U.S. is tapping oil reserves to try to bring down high gas prices.

Democrats are in a difficult position ahead of next year’s midterms. Historical patterns give the party out of power a distinct advantage in a president’s first midterm elections, and Republicans are favored to take back control of the House next year.

Still, the poll finds Democrats hold a slight 46%-to-41% advantage on which party people would rather see in control of Congress. But the economy is dragging them down. Republicans have the narrow edge when it comes to which party would do a better job handling it.

And just 42% approve of how Biden is handling the economy, while a majority — 52% — disapproves, his worst marks on the issue since taking office. His rating has dropped 6 points since September and is off from his high of 54% in April.

A slim majority of independents (51%) now disapproves of his handling of the economy as well. It’s a key group and one Biden won in the 2020 presidential election.

Neither party comes across particularly well, and despite the attention Democrats have received for their infighting over legislative details in the past few months, Americans are blaming both parties for gridlock in Washington.

Two-thirds said the parties disagreeing was more to blame for gridlock, while just a quarter said it was because Democrats couldn’t agree. And that includes a majority of Republicans.