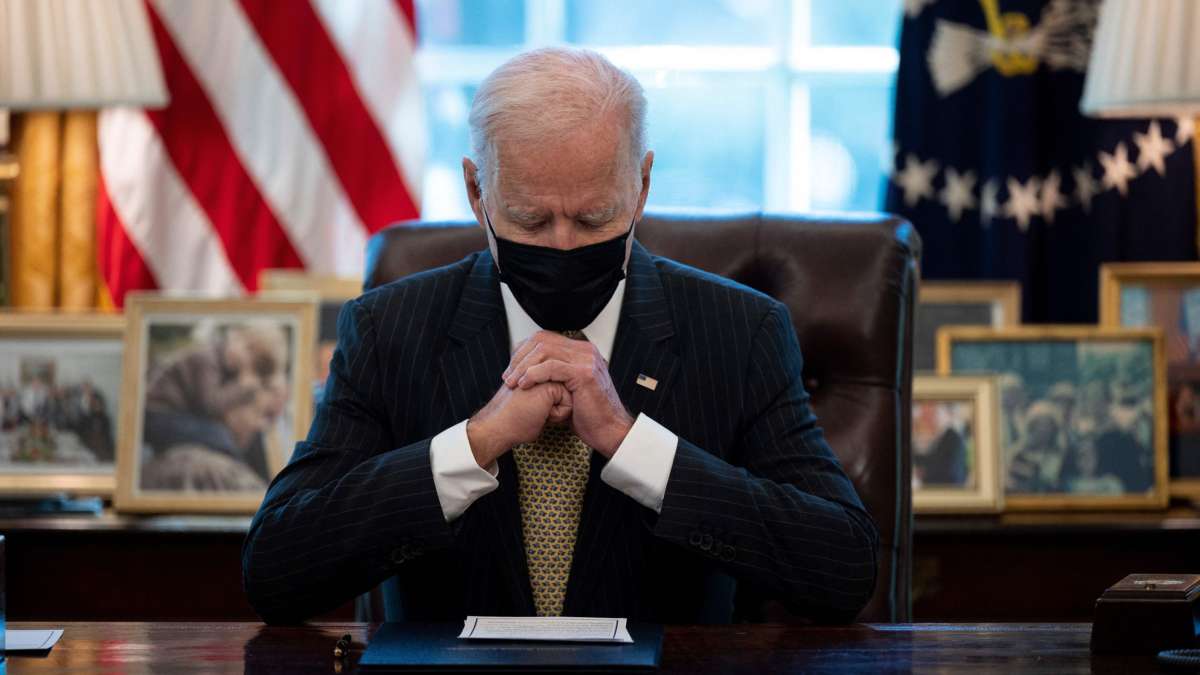 President Biden is pictured in the Oval Office on March 30. On Thursday, he is expected to announce executive action related to gun safety.
Image credit: Jim Watson

President Biden is expected to announce one or more executive actions on Thursday putting restraints on the availability of certain firearms, after a recent onslaught of mass shootings.

A source familiar with the discussions tells NPR one of the actions is expected to address rules around so-called ghost guns, weapons that lack serial numbers and, in some cases, can be constructed at home using a 3D printer.

Advocacy groups pushing the administration for action following mass shootings in Georgia and Colorado are expected to attend Thursday’s announcement, as well as community groups pressing for more attention on gun violence as a public health crisis.

The White House declined to comment on the details of the remarks.

Biden has called on the Senate to pass House-approved legislation requiring more stringent background checks for all gun sales and transfers and giving the FBI more time to conduct them, but has not taken further steps, to the frustration of gun violence prevention advocates.

Biden did tuck some $5 billion to support community-based violence prevention programs in the $2 trillion jobs and infrastructure plan, but activists have been urging him to do more to stem gun violence.

At his news conference last month, asked about what steps he would take on gun legislation, Biden said that it was a matter of timing, and then moved on to talk about his infrastructure plan.

As a senator, Biden was active in efforts to ban so-called assault rifles, a prohibition that expired after 10 years, as well as the Brady law, which requires background checks for most, but not all gun purchases.

As vice president, he also led former President Barack Obama’s effort to expand background checks after the shootings at the Sandy Hook Elementary School in Connecticut, but the measure halted in a Republican-led filibuster in the Senate.

Biden is expected to announce his proposals Thursday morning.