Biden And Harris Wish The Trumps A Swift Recovery 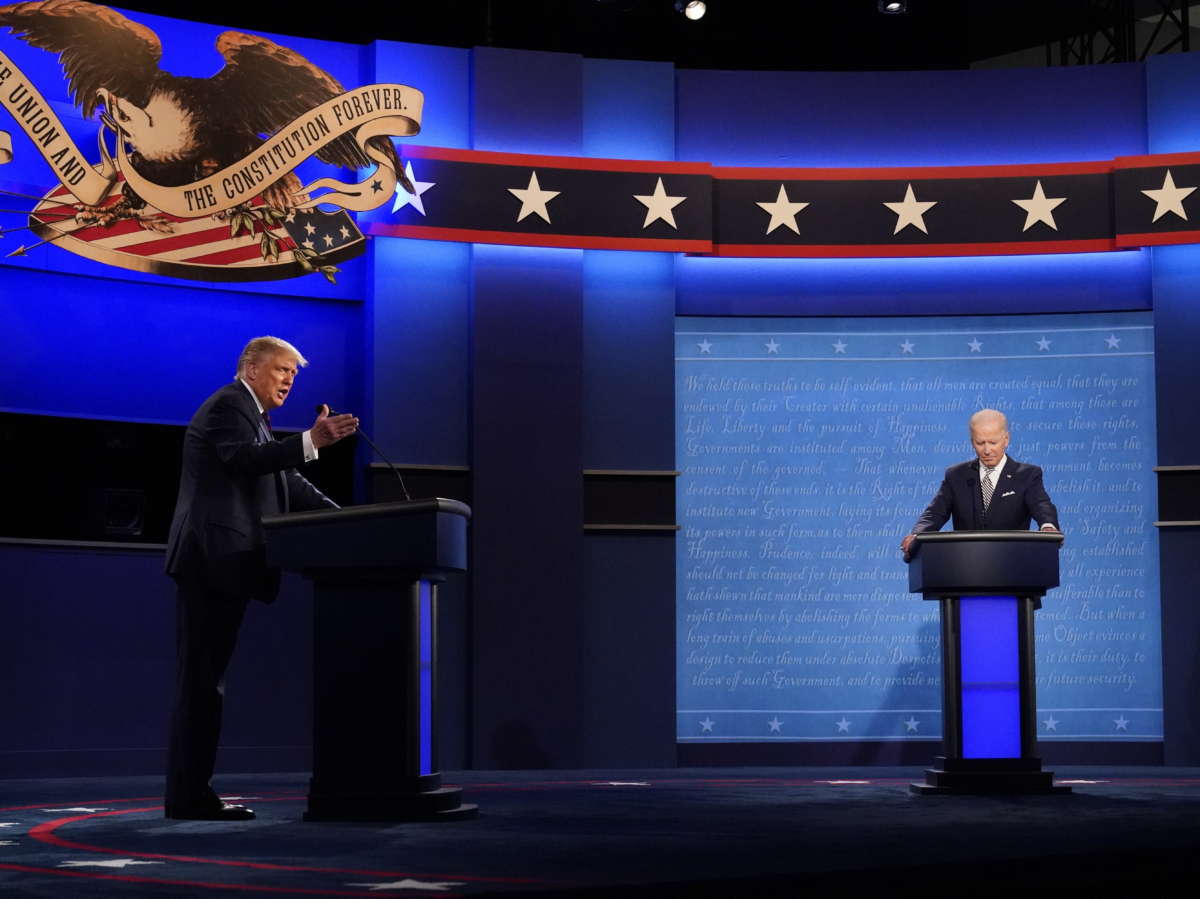 There may be health concerns for Biden, too: He and the president shared a debate stage, maskless, for about 90 minutes on Tuesday night.

Biden’s campaign has not indicated whether he has been tested himself in the days since or whether a planned campaign trip to Michigan is still on for Friday.

The Biden campaign told NPR that Harris tested negative for the coronavirus on Thursday during a routine test. She was scheduled to campaign in Nevada Friday. The campaign has not said whether her events there will go on as planned.

At the debate, Biden and Trump’s lecterns were more than 6 feet apart, and the two men did not shake hands before or after as a safety measure.

But the president’s family and top aides sat maskless in the front of the audience, even after a Cleveland Clinic staffer offered them facial coverings — a glaring contrast with every other debate guest and staffer in the venue, who were all wearing masks.

Biden’s campaign has taken coronavirus precautions seriously, for political and policy reasons, but also due to the simple fact that virus symptoms have proven to be far more serious for older people and Biden is 77. (Trump is 74.)

Biden did not hold a campaign event outside his home until Memorial Day. His events all summer were carefully orchestrated to minimize risk, with small, sometimes nonexistent audiences, all masked, standing and sitting in designated circles in order to ensure social distancing.

In recent weeks, Biden has begun a more traditional campaign schedule. He has flown to Michigan, Wisconsin, North Carolina and other swing states, and just completed a whistle-stop train tour through Ohio and Pennsylvania.

That put Biden in contact with much more people, though the campaign continued to take more stringent safety measures than Trump has. The campaign handed out N95 masks to everyone traveling on the train, for example. And Biden — sometimes only due to the consistent prodding of campaign staff — has not shaken hands with any of the voters he interacts with, though he has often stood much closer than 6 feet during conversations.