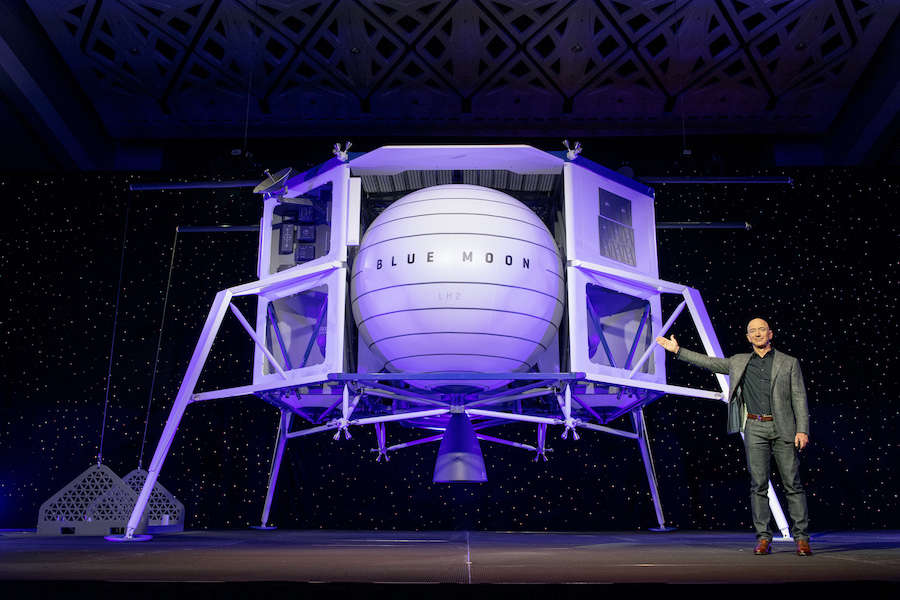 Blue Origin is asking NASA to reconsider selecting the aerospace company to build a new lander for future human missions to the moon. The company is offering billions of dollars in incentives if selected.

NASA picked SpaceX for the original contract awarded back in April, only picking one company due to budget constraints. SpaceX’s bid was $2.9 billion, while Blue Origin’s was close to $6 billion.

NASA did not immediately respond to a request for comment.

In the letter, Blue Origin says it will waive $2 billion in fees and self-fund a demonstration mission for NASA. “I believe this mission is important,” said Bezos. “I am honored to offer these contributions and am grateful to be in a financial position to be able to do so.”

While the letter was addressed to NASA, it’s ultimately up to Congress to provide the funding needed for an additional contract. “This letter is playing towards the stakeholders,” said Laura Forczyk, a space policy analyst and founder of the consulting firm Astralytical.  “That is Congress, which can possibly give funding to NASA to choose the second provider, knowing full well that NASA’s second choice was indeed Blue Origin.”

Blue Origin filed a protest with the Government Accountability Office, which has a deadline of August 4 to make a ruling.

“[The letter] does seem to be a bit of a desperate move, seeing that Blue Origin probably sees that their move to protest the award is not going to work,” said Forczyk. The letter could push Congress to allocate additional funding. “I think not only will this ultimately work, I think that NASA wants it to work as well,” she said.

If NASA’s single-company selection is upheld by the GAO, SpaceX’s lunar lander contract means the company will land the first astronauts on the moon since the Apollo program, part of the agency’s next moon shot called Artemis. An uncrewed mission of NASA’s SLS rocket and Orion spacecraft around the moon and back is planned for as early as the end of this year, with astronaut missions set to follow.

Bezos founded ecommerce giant Amazon and recently stepped down from its board of directors to focus solely on his space exploration company Blue Origin. Last week, he rode the company’s New Shepard rocket and spacecraft to the edge of space and back with a crew of three others including his brother Mark Bezos, 18-year-old student Oliver Daemon and 82-year-old aviator Wally Funk.