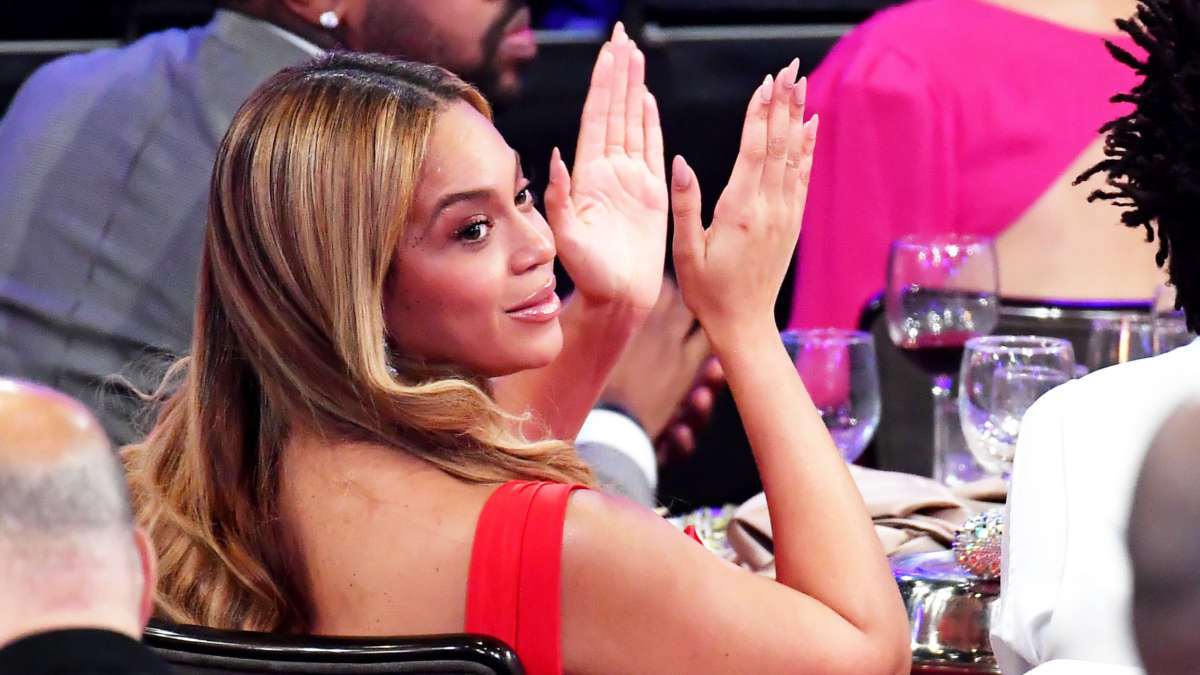 Beyoncé won four Grammy Awards to become the most celebrated performer in the awards show’s history during an unpredictable ceremony that mixed the arrival of major new artists with repeat victories by Grammy favorites and surprisingly intimate performances with more familiar staged bombast.

The two biggest awards of the night went to Billie Eilish’s “Everything I Wanted,” which won record of the year and Taylor Swift’s quarantine-produced folklore, which picked up the album of the year prize. After coming up empty in her first five nominations Sunday, Swift had to wait for most of the ceremony before taking home her third career Grammy in that category, becoming just the fourth artist to do so.

Upon receiving the Recording Academy’s most prestigious award, Eilish, who swept the major categories in last year’s awards, immediately deflected credit and said Houston rapper Megan Thee Stallion should have won the award for her song “Savage.”

“This is really embarrassing to me,” Eilish said. “Megan … girl, you deserve this.”

“I wanted to uplift, encourage and celebrate all the beautiful Black queens and kings that continue to inspire me and inspire the whole world,” Beyoncé said after accepting the Grammy for best R&B performance for her Juneteenth surprise single “Black Parade.”

The shockwaves of Summer 2020, when a nation defied lockdown to protest the killings of George Floyd and Breonna Taylor at the hands of police, were felt on the outdoor stage at Los Angeles’ Staples Center. H.E.R.’s “I Can’t Breathe,” which was also released on Juneteenth, took home song of the year.

Chart-topping rapper Lil Baby was even more explicit, bringing his nominated anthem “The Bigger Picture” to life in a pre-produced segment that portrayed two police officers killing a Black man after a traffic stop. The video featured Killer Mike delivering a verse from his Run The Jewels project and activist Tamika Mallory, who delivered a passionate plea directly to the White House.

“President Biden, we demand justice, equity, policy and everything else that freedom encompasses,” Mallory said. “And to accomplish this, we don’t need allies. We need accomplices. It’s bigger than black and white. This is not a trend, this is our plight.”

The ongoing pandemic forced CBS and the Recording Academy to rethink the performances that add up to “Music’s Biggest Night.” Instead of shuffling artists on and off a huge stage in front of a packed arena, host Trevor Noah ushered the cameras into a spacious room featuring a handful of nominees who performed in round robin fashion. Mostly gone were the Broadway sets and “Grammy moments” of retired producer Ken Erhlich, who helmed the broadcast from 1980 until last year. Instead, first-time executive producer Ben Winston often opted for low-key memories by cutting away from performers to capture giddy reactions from their fellow nominees.

Harry Styles, donning a scarf and jacket, kicked off the evening’s performances with “Watermelon Sugar,” which later was named best pop solo performance. Rising pop star Dua Lipa, who was favored by some to sweep the big three awards coming into the night, was shut out of the major awards, but did take home best pop vocal album.

Sunday night marked the first time the Grammys included the Latin pop album award in its primetime telecast. That prize went to YHLQMDLG by streaming giant Bad Bunny, who gave one of the night’s most electrifying performances with his “DÁKITI” co-star Jhay Cortez.

The night’s most affecting live performance was, arguably, Mickey Guyton’s “Black Like Me,” which lost out to Vince Gill’s “When My Amy Prays” for best country solo performance earlier in the day. The song was released in the wake of George Floyd’s killing last summer and documents the marginalization that Black people can feel in everyday America.

Guyton’s song kicked off a segment of live performances from women nominated in country music categories, which might have featured more female voices than a week’s worth of country radio. Miranda Lambert, who earlier won the best country album award for Wildcard, performed her nominated song “Bluebird,” while Maren Morris sang “The Bones” with help from John Mayer on guitar.

Earlier in the day, Fiona Apple, whose critically-acclaimed album Fetch The Bolt Cutters received no nominations in the major categories, did win two categories that gave her a chance, capturing both best alternative music album and best rock performance for “Shameika.” The latter came up short in the best rock song category, which was won by Brittany Howard for “Stay High.” That effervescent single from Howard’s album Jaime was the most-played song on NPR stations in 2019.

Two iconic departed musicians received awards from the Academy after unexpected deaths. Chick Corea, who died suddenly in February from cancer, was named a winner for best jazz instrumental album (Trilogy 2 with Christian McBride & Brian Blade) and best improvised jazz solo (for “All Blues” from the same album). Beloved songwriter John Prine, who died last April after contracting COVID-19, was awarded two Grammys for the posthumously released “I Remember Everything,” which was named best American roots performance and best American roots song.

Brandi Carlile performed the song in tribute to Prine during the section of the telecast that paid tribute to dozens of musicians and music professionals who died since last year’s show. Earlier in the day, Carlile, Natalie Hemby and Lori McKenna won the best country song for The Highwomen’s “Crowded Table.”