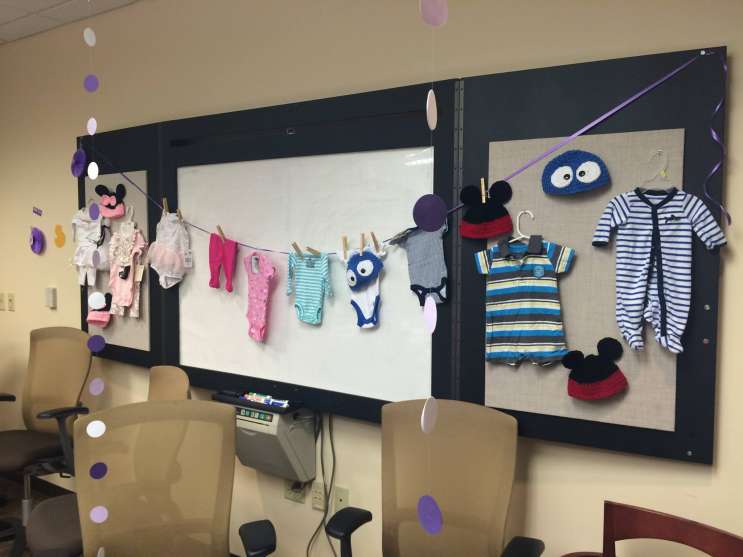 UPDATE: Orlando’s BETA Center serving teen moms was slated to close this summer because it’s running out of money. But the non-profit UCP of Central Florida now plans to merge BETA’s services with its own. BETA Interim CEO Barbara Wetzler says the two groups have overlapping missions.

UCP would assume more than $100,000 in BETA’s debt and take over its property.

BETA’s providing its employees career transition services. Some employees may get work with UCP.

The BETA Center in Orlando is closing in June. For 44 years the BETA Center has been a shelter and launching pad for local teen moms. It’s closing because it’s running out of money. 90.7’s Crystal Chavez spoke to BETA’s interim CEO and joined 90.7’s Renata Sago on Morning Edition with the latest.

Sago: First, for those who aren’t familiar, tell us what the center does.

Chavez: The BETA Center has an alternative school for Orange County teens who are pregnant or who already have babies. It provides parenting skills, career development, an on-site day care, and a residence for homeless teen moms and their children throughout central Florida. BETA serves teens as young as 13 up to 18. Here’s what Interim BETA CEO Barbara Wetzler had to say about who will be affected by the closure.

“We have seven moms and seven babies in our residence so they’ll be impacted as we look to try to find alternative homes for them. We have about 60 teenage moms in the school and about 55 babies in the daycare center,” said Wetzler.

BETA also delivers counseling to a couple hundred clients off campus and hundreds of young families come to their door weekly to pick up supplies such as baby food.

Sago: BETA says it doesn’t have the money to keep running. Do they know why funding is down?

Chavez: It was interesting, Wetzler said BETA has almost been a part of its own demise– by getting information out about teen pregnancy and family planning over the years. And the culture has changed. Wetzler talks about how there used to be more of a sense of shame within families when a teen got pregnant, some would try to keep it a secret. Fast forward to now when we have reality TV shows about teen moms. Despite that, Wetzler says it’s not any easier to be a young mother.

“There is a greater acceptance of the issue, parents are more supportive but the fact is if you are a very young woman and you have a child your life is dramatically changed and you need support,” said Wetzler.

Sago: So, you alluded to teen pregnancy rates. Where do they stand?

Chavez: Teen pregnancy rates have been going down across the board. Experts credit sex education, teen pregnancy awareness campaigns and more contraception options. The latest stat I could find from the Florida Health Department is in 2013 Orange County’s average birth rate for teens 15- 19 was 22.4 percent, lower than the national rate of 26.6 percent.

Sago: So, what’s the next step for the BETA community?

Chavez: The teens that go to the alternative school will enroll for next semester in the Orange County public schools they’re zoned in. 52 employees are looking for other jobs. Wetzler said they will help everyone to transition. But I asked her what will be missing when BETA’s gone. She said these teens are still going to get a traditional education but what will be missing is an envelope of love and support and the individual attention they get at BETA. She says they’ve been hearing sort of a validation for the work they do.

“Since we made the announcement, we’ve had so many young women call to say ‘my life would not have been the same if it had not been for BETA Center’ and what they mean is that not only the educational experience but the package of support services that have been provided have made it easier for them to adjust to their role as mothers and its made it easier for them to care for their children.”

Wetzler credits BETA for making sure the vast majority of their teen moms graduate on time. Pending any miracles, which some including Wetzler are still wishing for, the center is scheduled to close June 30th.

Listen to the extended interview here: