Bernie Sanders On His Campaign: ‘It’s Going To Be A Very Steep Road’ 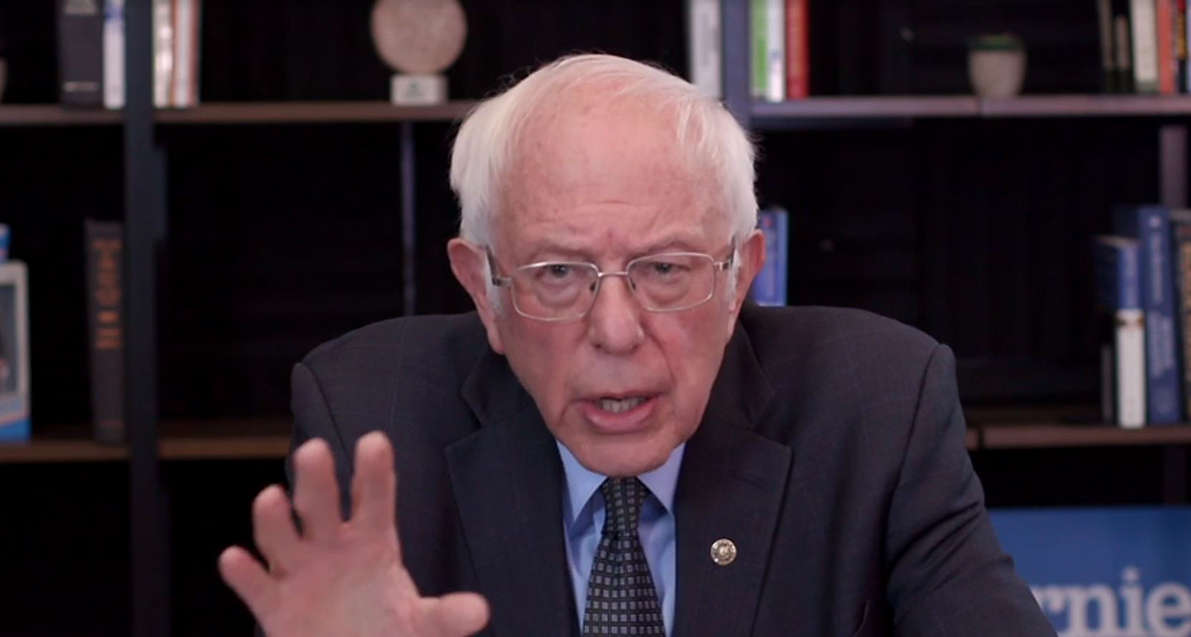 Sen. Bernie Sanders talks about his plan to deal with the coronavirus pandemic during a virtual round table with supporters on March 17.
Image credit: Handout

Lagging in the Democratic presidential primary and facing the unique challenge of running for office amid the coronavirus pandemic, Vermont Sen. Bernie Sanders says he is still assessing his campaign’s future.

“It’s changing every day because elections are being delayed,” Sanders said in an interview with Morning Edition’s Noel King.

“Where do we go from here with the elections that are being delayed, where we can’t go out and hold rallies or knock on doors? That’s what we’re looking at right now,” Sanders said.

Virtual campaigning has become the new normal for Sanders and former Vice President Joe Biden with the coronavirus putting a halt to almost any in-person events or retail politicking. Both candidates have been holding online round tables, almost solely focused on the growing health crisis and the Trump administration’s response to it.

Biden currently holds a more than 300 delegate lead in the race for the Democratic nomination. During an online press conference Wednesday, Biden was asked about whether there should be more Democratic primary debates and answered, “I think we’ve had enough debates. I think we should get on with this.”

Sanders conceded that he substantially lagged Biden in the race, saying “it’s going to be a very steep road,” but said there was value to holding more debates.

“I think the American people, especially in this unprecedented moment in American history, want to hear the ideas that will lead us away from where we are right now,” said Sanders, referring to his plans for the economy, criminal justice reform and climate change.

“These are enormously important issues and we need serious debates over them.”

Sanders said that the kind of policies he’s championed throughout his career are gaining resonance, and pointed to the Senate’s passage Wednesday of a $2 trillion economic relief package.

“There’s a reason for that. And that is that millions of people are now demanding that we have a government that works for all. What role should the campaign play in continuing that fight to make sure that health care becomes a human right, not a privilege, that we raise the minimum wage to a living wage, et cetera, et cetera,” he mused.

Sanders said the pandemic has caused Americans to rethink the nature of the role that government can play in their lives.

“I think there is growing sentiment in this country that people now understand that it is incomprehensible that we remain the only major country on earth not to guarantee health care to all, that we have an economy which leaves half of our people…living paycheck to paycheck,” Sanders said.

“What kind of system is it where people today are dying, knowing they’re sick, but they’re not going to the hospital because they can’t afford the bill that they’ll be picking up?”

Sanders told King he’s convinced the Senate’s emergency relief package will be followed with another “massive” bill within the next month.

“I think given the nature of the healthcare crisis and the economic crisis, Congress will be back once again for a major, major stimulus package,” Sanders said.