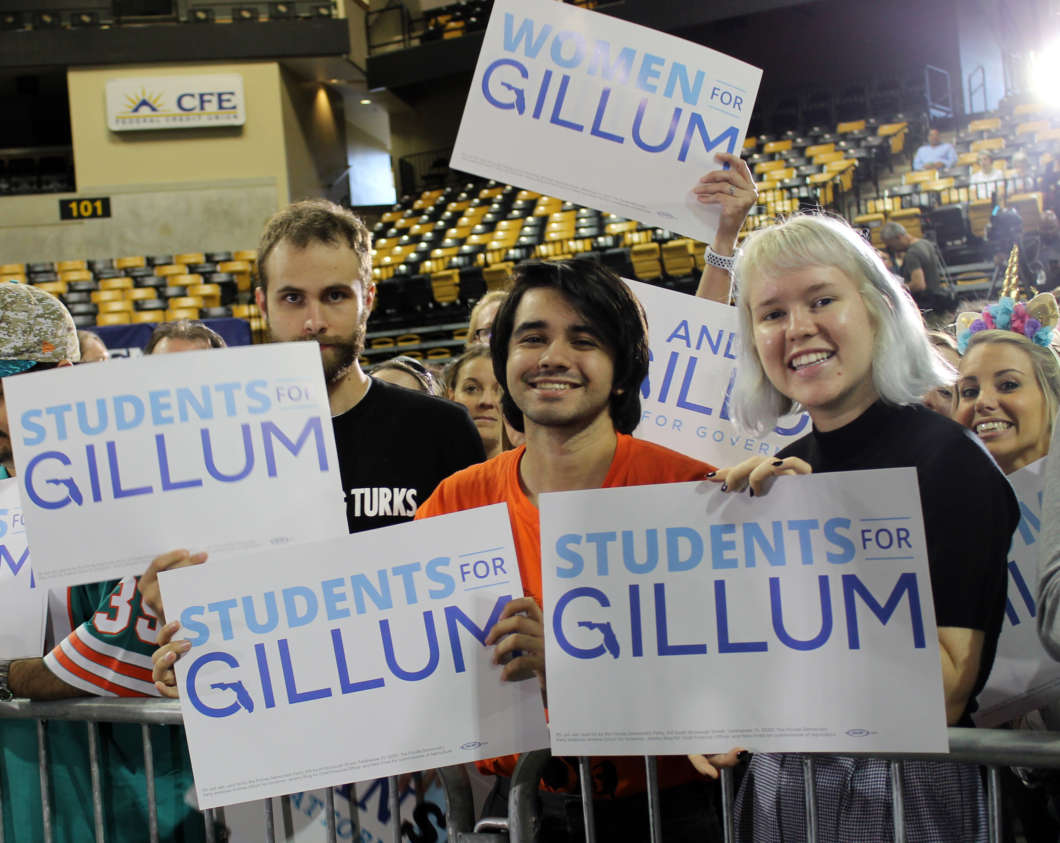 Bernie Sanders is urging students to vote in the midterm election.

The Vermont senator appeared at a campaign rally for fellow Democrat Andrew Gillum at the University of Central Florida Wednesday.

Sanders told students at the CFE Arena that the younger generation is leading the country in opposition to racism, sexism, homophobia, and religious bigotry. But, he said real change comes at the ballot box.

The event was organized by political action committee OMG WTF.