‘Beneath A Ruthless Sun,’ Cruelty And Injustice Burn Hot 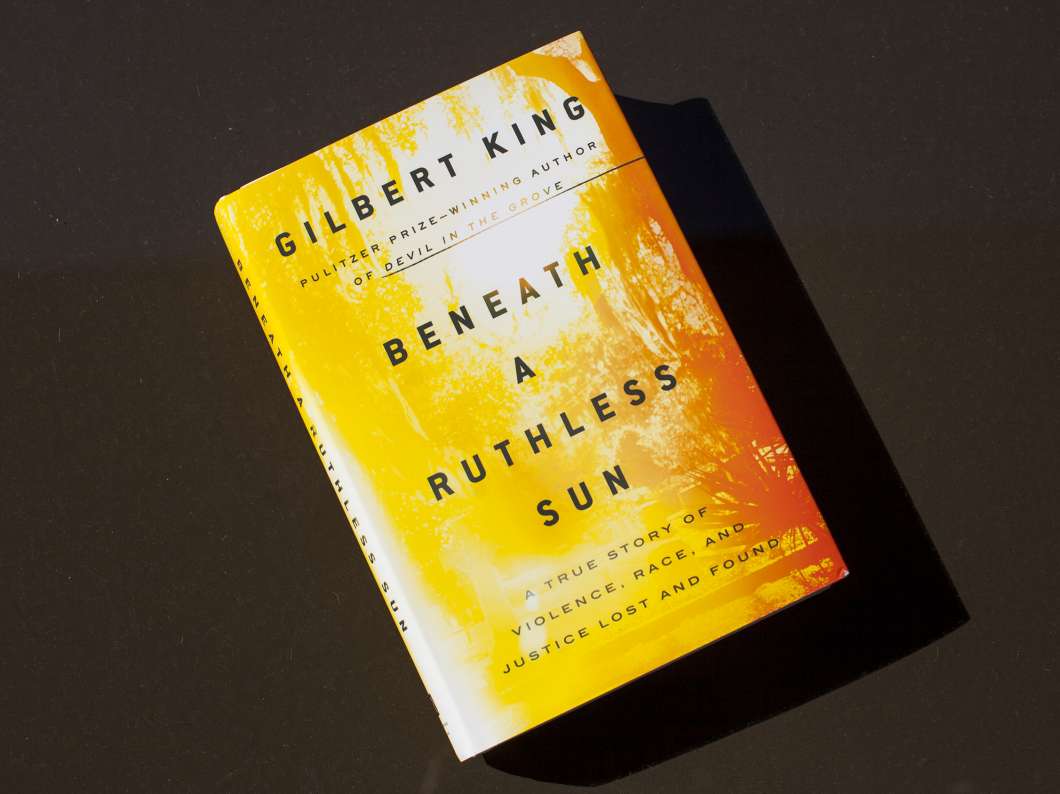 It’s December 1957: A “blast of Arctic air” is drifting inexorably from the American Midwest toward the orange groves of Florida, eventually reaching the tiny hamlet of Okahumpka, in the central part of the state. “Ice, as every Florida grove owner was keenly aware, begins to form in citrus tissue at 28 degrees Fahrenheit and more than four hours at or below that temperature would irreversibly damage the fruit,” writes author Gilbert King. In his chilling new book, Beneath a Ruthless Sun: A True Story of Violence, Race, and Justice Lost and Found, the catastrophic freeze becomes a marker for the human heart, which can prove just as icy as a stone cold Temple orange.

A week into the freeze, Blanche Bosanquet Knowles, “a woman from an important family,” has been been sexually assaulted in her bed, her baby sleeping in a crib at her feet. “Round up every [black man] you see,” commands venal Lake County sheriff Willis McCall — only, naturally, he employs a coarser epithet. His deputy seconds the rancid sentiment: “Take in every swinging d***.”

Law enforcement officers invade the unpainted shacks of a local neighborhood called the North Quarters (“a vestige of slave times when blacks lived in clusters of cabins, often called ‘the quarters'”). The hunt for the perpetrator triggers a wave of brutal injustices, as well as the kind of downright weirdness for which the Sunshine State is still known today.

This new book is a return to the Lake County turf of King’s 2013 Pulitzer-prize winner, The Devil in the Grove: Thurgood Marshall, the Groveland Boys, and the Dawn of a New America. While Grove dealt with events occurring in 1948, Ruthless Sun indicates that not much has changed over the course of the ensuing decade. The people of Okahumpka, at least, remain mired in the bigoted dark ages, ruled over by citrus barons, good-ole-boy Klansmen, and Sheriff McCall — last seen in Devil in the Grove brutalizing four young black men accused of rape, and still in office when the new book picks up.

King takes his title from a James Wendell Johnson poem about the torture of slavery, and his epigraph from Ta-Nehisi Coates: “Racism has never been a ‘simple’ story. Ever.” While the Klan-inspired beating and killing of innocent black men forms one horrific thread of King’s story, another is perhaps more unexpected.

Known around the community as “the boy on the bike,” 19-year-old man-child Jesse Daniels passes his days at the local fishing hole, pedaling around the hamlet’s dirt roads, picking up the mail for his long-suffering parents, Pearl and Charles. Their son never finished high school, being deemed “not educable” by his fifth grade teacher. His IQ hovers in speed limit range, and his teddy bear accompanies him to bed each night. Jesse is also white — and yet within days, McCall has settled on him as a suspect.

Railroaded for the rape and relegated to a mental hospital, Jesse languishes there for 14 years. With trademark well-researched detail, King describes the Florida State Hospital, allowing readers a nightmarish look into the crude medical practices of the time. (This was also the era of Dr. Walter Freeman — the father of frontal lobe surgery — who traveled from hospital to hospital in a car called the “lobotomobile,” twisting not a scalpel but an actual kitchen ice pick back and forth in the brains of his patients “like a windshield wiper.”)

There are heroes in these pages, foremost among them Mabel Norris Reese, a gutsy newspaper reporter. Smart and assertive, “with her bebopper cat’s-eye glasses,” Reese steps on toes and kicks down doors to get the Daniels story out to the public, enduring a cross-burning on her front lawn. With reference to Sheriff Willis McCall, she writes, “A crack reporter with eons of time to spare needs to get at the core question. Why Daniels? Why did a white man suffer so, when it is the Negro that McCall hates?” Jesse’s mother Pearl, too, puts her all into her son’s exoneration, barraging the Florida governor with home-spun, heart-felt letters urging clemency.

Beneath a Ruthless Sun plunges the reader deeply into the legal practices, civil rights battles, and stubborn sexual inequalities of the mid-20th century, but this fast-moving and impeccably sourced book is anything but a slog. Truth oftentimes beggars belief, and the “true” in “true crime” can be a promise that betrays as much as it entices. Not so with Gilbert King’s scorching, compelling, and — unfortunately — still entirely relevant new work.