Before Trump and Gov. Scott Speak, Protesters Call on the State to Expand Medicaid 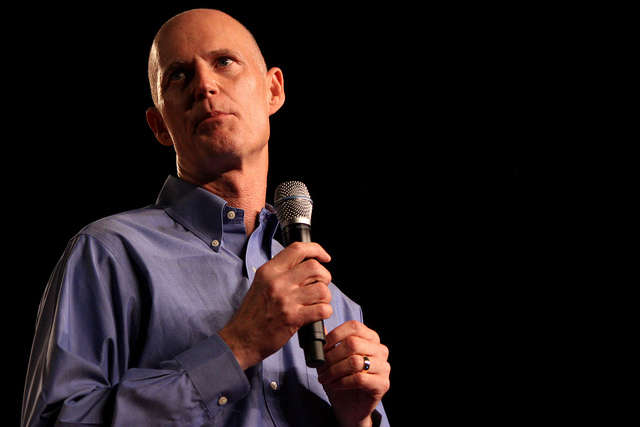 Protesters gathered in Orlando Monday to highlight Florida’s failure to expand Medicaid. The protest on I-Drive came as President Trump and Governor Rick Scott prepared speak in Orlando at the annual meeting of the International Association of Chiefs of Police.

Anna Eskamani,  a Democrat running for election in Florida’s House District 47 stood next to a protester dressed as a character from the Handmaid’s Tale. She says the failure to expand Medicaid affects women’s health. Eskamani says maternal mortality rates are too high in the US and many uninsured women don’t have access to preventative care and other reproductive health services:

“Their child might have access through Florida KidCare. But if the Mom doesn’t have access for her own support and well-being that is a deep disservice to Florida’s women.”

“When we allow for Florida to continue under a system where 3 million Floridians don’t have health insurance we all pay for it regardless. So why not all pay for it and have everyone have access to healthcare.”

But a study from the Kaiser Family Foundation found there were no significant increases in Medicaid spending in states that voted to expand it.