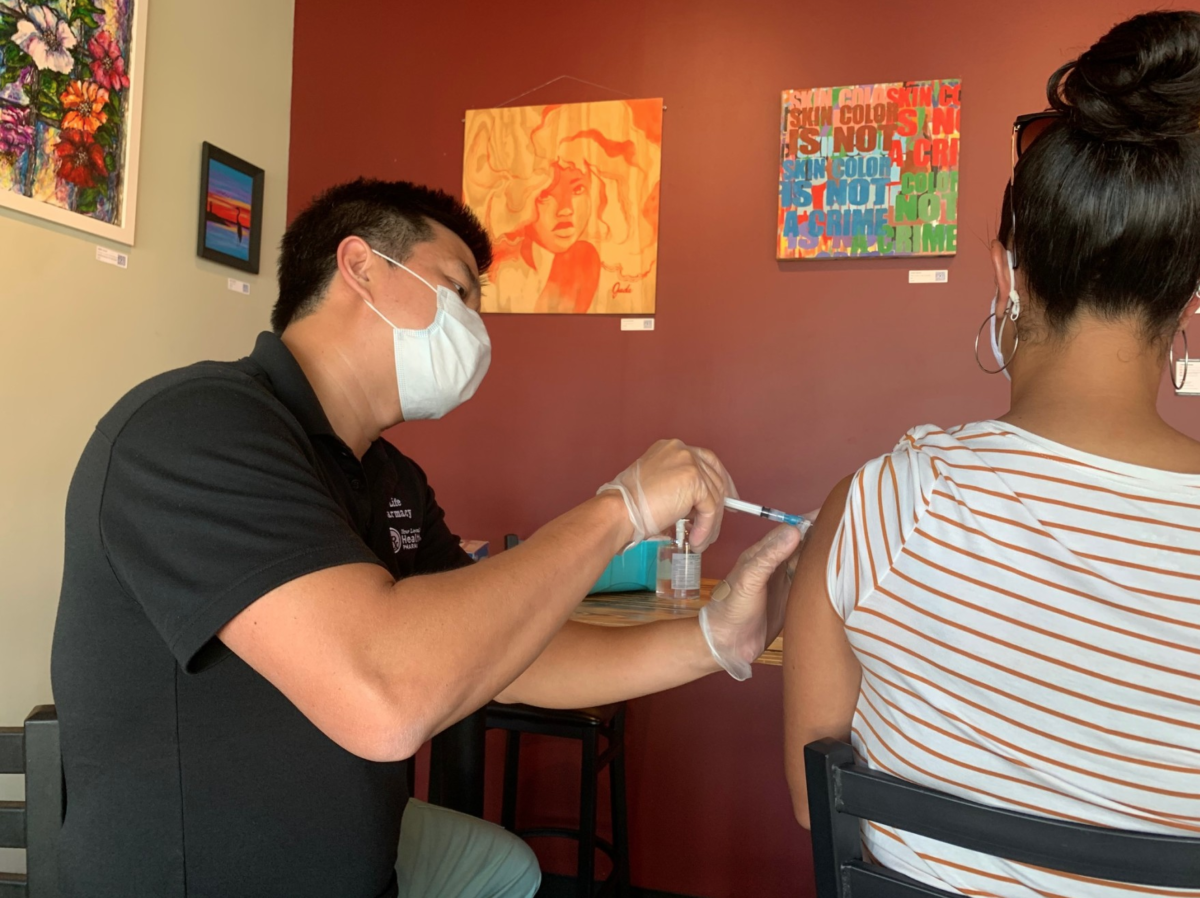 Free beer is one of several incentives Tampa Bay businesses are offering people to convince them to get vaccinated.

A Largo brewery invited patrons to get COVID-19 vaccines in their taproom on Thursday and offered free beer in exchange.

Friends Lauren Desjardin and Beth Meccariello are regulars at Arkane Aleworks. They’re both in their mid-30s and said they wanted to get vaccinated but just hadn’t gotten around to it yet.

When they found out about this event on social media, they figured it was time.

“There’s no better place to get the vaccine than at a brewery. It’s like why not, free beer,” said Meccariello, laughing with Desjardin.

Both women opted to get their first doses of the Moderna vaccine. The single dose Johnson & Johnson shot was also available.

Only a couple other people besides them participated, not the turnout Julian Mathew, owner of Bay Life Pharmacy was hoping for.

His team partnered with the brewery for the event and has been bringing the vaccines to businesses around Tampa Bay.

“Why not make it easier, make it so convenient that if someone wants to get the vaccine, they should take it,” said Mathew.

He said every shot in an arm counts, so they’ll keep it at it.

The event at Arkane Ale Works is the latest attempt at incentivizing people to get vaccinated.

On Wednesday, the city of Tampa partnered with the Florida Aquarium for a vaccination event and offered free tickets to those age 12-17 who showed up for shots. Two dozen people participated.

The city said it will host more of what it’s calling “Ticket to Outside” events in the coming weeks with a focus on vaccinating young people.

Area Winn-Dixies are offering grocery coupons to patients who come in for vaccines, with extra money going to those who follow through with their second dose appointment.