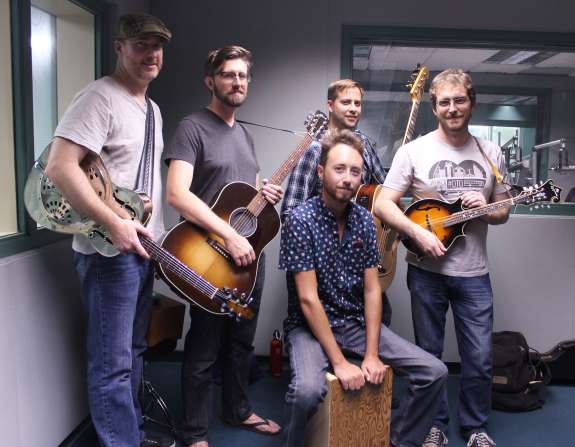 Local band Beemo is steeped in the folk traditions of Americana, with songs inspired by Washington Irving, but they have eclectic roots and have been known to cover Ozzy Osborne.

“So it can be a little hard to put your finger on but you can hear it from the instrumentation and some of the arrangements.”

Four fifths of the band work at the same company- which is how guitarist Sean Quinn and Vocalist Dan Harshbarger first met.

“You’ve got to have your families to back you because it does take a lot of time.”

Listen to Beemo playing Rip Van Winkle & Back Again at WMFE’s studios below: