Beemo hit the road again with a quiver of ‘quaran-tunes’. 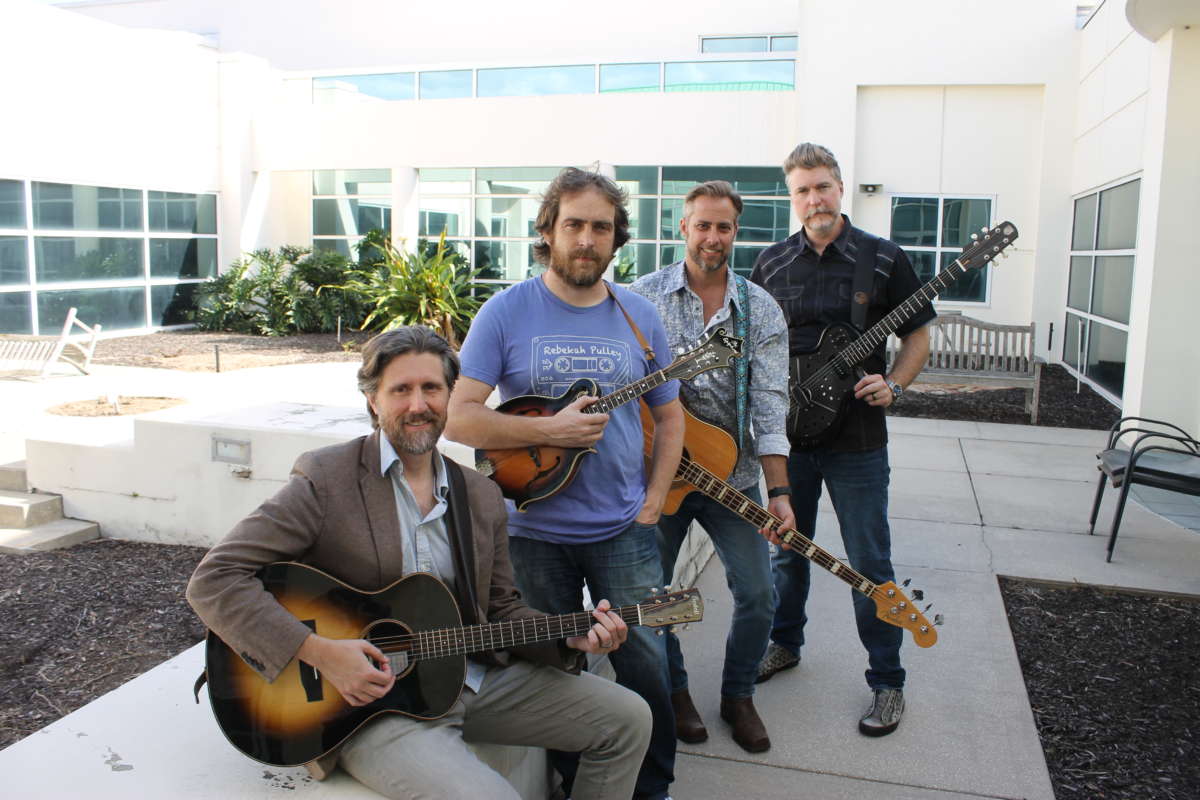 Beemo first appeared on Intersection in 2015, and since then they’ve continued to hone their Americana-influenced sound.

Just back from a tour of Austin, Texas, Beemo returned to our studios at WMFE. They began by performing a new song, written during the pandemic, called Jokers, Jacks and Fiends.

“It’s about all the craziness that we’ve seen in the past couple years,” says lead singer Dan Harshbarger.

The scene in Austin was a little different from the last time they played there, he adds.

“Last time we were part of a panel discussion with South by Southwest, Tony and I were, and I would say South by was booming then. I think the pandemic had took its toll on, I guess, the attendance mostly from the international scene.”

Matt Juliano, who plays mandolin, says the band was trepidatious about performing when omicron was still surging.

“I think we made it through,” he says.

“We took the time off that we couldn’t play, we were still getting together and still writing and still practicing. We added a bunch to the repertoire. So I think we made the best of it.”

Last year the band saw one of their songs, Did for you selected for a feature film by Sean Baker:  Red Rocket.

Bassist Tony Mickle says he and Quinn flew up to the New York Film festival to watch the movie.

“I was actually in the theater with Shawn and was able to go, that’s our song. And it’s in there for like four seconds or something. But I picked it out like a baby penguin on a beach!”

The band is working towards a new album with the material they wrote over the last couple years.

“And we put all our ideas in there. And now we’re starting to put those together. So we’re actually up to about 11 new songs.”

Click on the link below to hear Beemo perform Back Again: