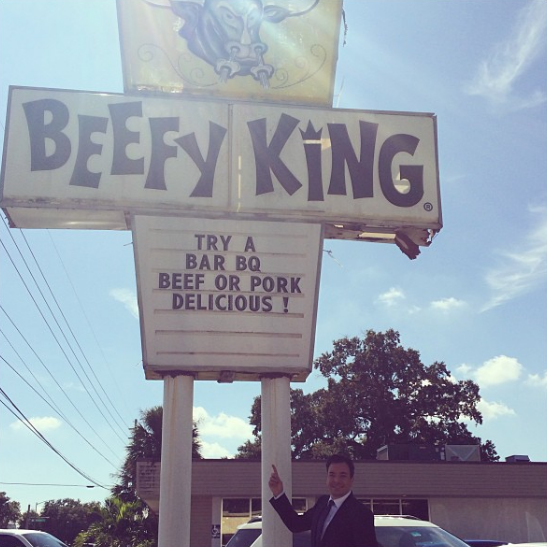 The owners of Orlando’s Beefy King restaurant say they are working to reopen after an overnight fire.

The restaurant caught fire around 1 a.m.

No one was hurt in the blaze and the damage is minimal. The cause is under investigation, but the Orlando Fire Department says the fire began outside the building.

A statement on Beefy King’s Instagram said it’s not known when the restaurant will reopen.

The statement points out the restaurant for 51 years has survived hurricanes and other mishaps but never a fire. It says the owners are “trying to wrap their heads around this.”

During its more than half-century, Beefy King has been best-known for its barbecue sandwiches. The restaurant has served U.S. Senator Rick Scott and “The Tonight Show” host Jimmy Fallon.