Beau Guyott Walks To Raise Awareness For The Unemployed 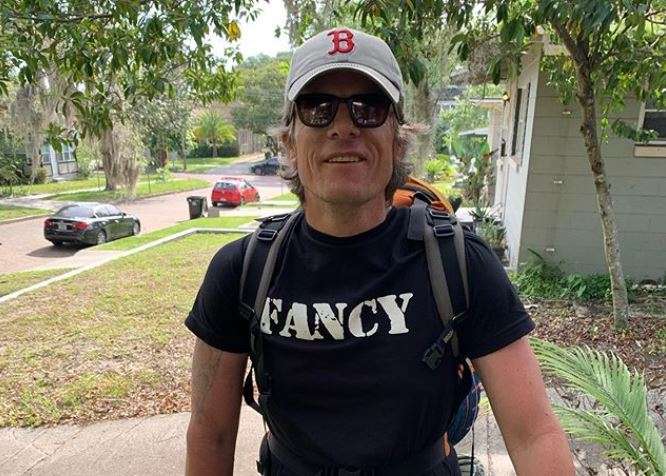 When Beau Guyott lost his job in hospitality, he wanted to do something, not just for himself but for the tens of thousands of Floridians in the same predicament: out of work and struggling with an unemployment system that isn’t doing what it’s supposed to.

Governor Ron DeSantis has called for an investigation into the DEO website- and poured resources into trying to fix it.

Guyott says he wants to help. A couple of weeks ago he set out to walk from South Florida to Tallahassee. Once he gets there he wants to volunteer at the Department of Economic Opportunity.

Along the way he’s talking to people who’ve lost work- or are struggling to keep their businesses open through the pandemic.

Intersection’s Matthew Peddie talked to Guyott last week on a stop in Orlando. He expects to be in Tallahassee by the end of this week.

He says the idea for the walk was born out his frustration with the DEO’s unemployment website.

“The actual application process, at least on the on the original website was was mind numbing. I mean, it was so confusing and filled with, you know, mixed, very mixed messages and the language was was rather confusing.”

He says he’ll bring the stories of people he’s met on his trek to Tallahassee too.

“So the idea is that I take I gather all the stories, we get up to Tallahassee, and I’m in the process now of trying to volunteer at the DEO.”

What if they turn him down?

“That would be pretty embarrassing, wouldn’t it? You’re not accepting accepting volunteer work?”

Guyott says a lot of the small business owners he’s spoken to are “adapting their their businesses to fit whatever model they have to to keep people working and keep getting a paycheck to avoid being on the state system.”