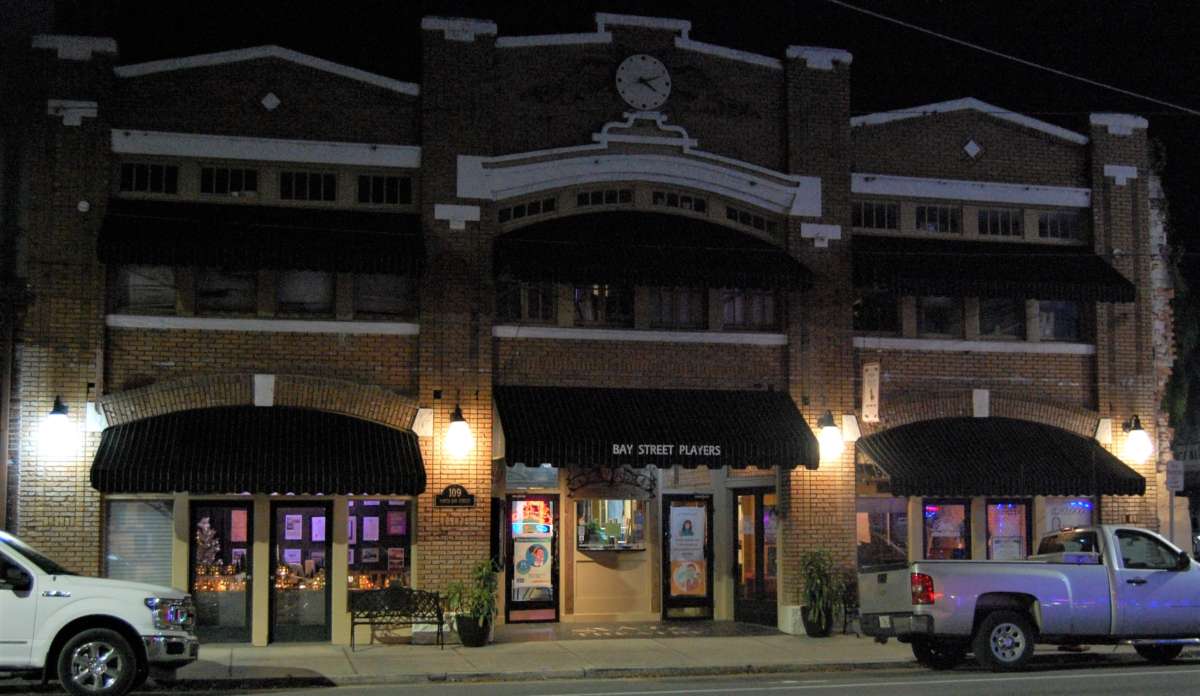 The State Theatre of Eustis opened as a vaudeville house in 1922. Photo: Joe Byrnes

The nonprofit Bay Street Players have entertained audiences and educated kids at the State Theatre of Eustis for 45 years.

But this holiday season’s musical production of “A Christmas Carol” could be their last big show.

Longtime volunteer Nina Vatter says the old building has entertained crowds in downtown Eustis since 1922 — first with vaudeville, then movies, then live theater.

“We actually found some old cans of film upstairs in the projection room from ‘The Blob.’ You remember that movie in the ‘50s?” she said.

And since the mid-70s, children have done shows through the Young People’s Theater.

Her daughter, who died 11 years ago, loved working behind the scenes, Vatter says. But their theater is failing after COVID-19 forced closure and now keeps people away.

“We’re hoping for a miracle. We don’t want to let this old girl die. That would be a sad thing for the community, I believe.”

Director, cast and crew all wear masks as they rehearse ahead of Friday’s opening night.

The Bay Street Players avoided laying off staff but reserves are gone now and the end is near. They’re hoping to raise $20,000 through gofundme.com.

“And that’s kind of a bare minimum for us to get past the first of the year, to keep the doors open,” he said.

If they can open curtains on a new day, Quinlan says the board will have “a long-term survival plan.”