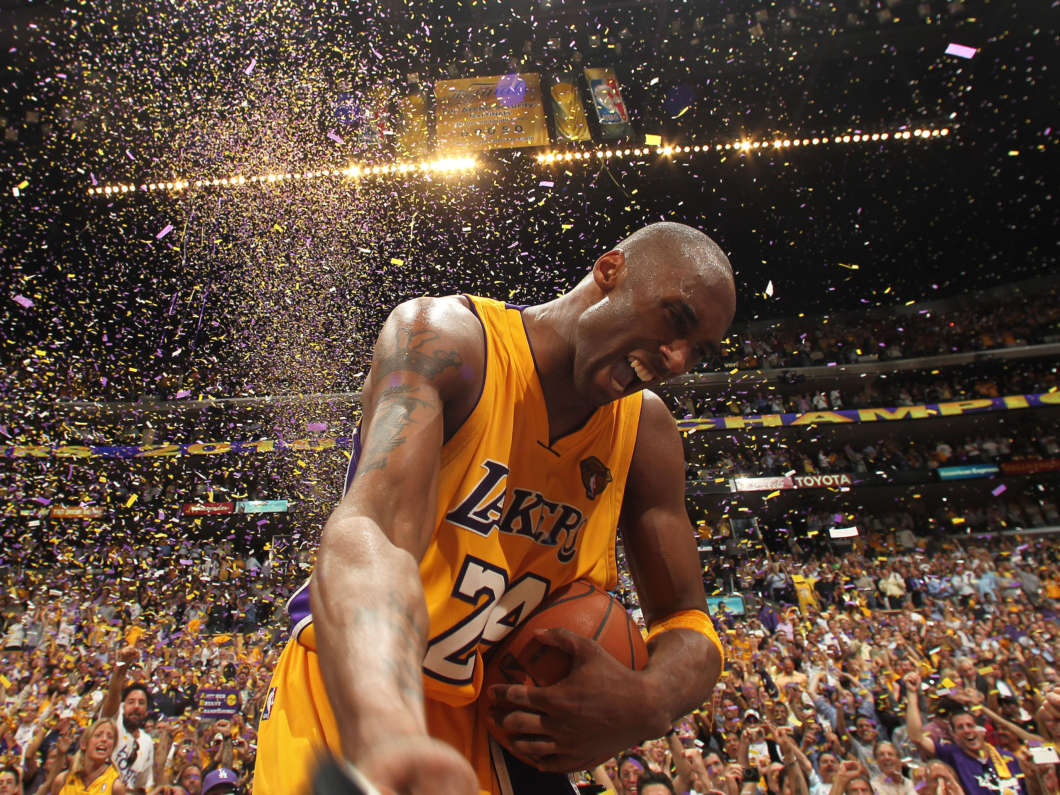 Kobe Bryant of the Los Angeles Lakers celebrates after winning over the Boston Celtics in Game 7 of the 2010 NBA Finals on June 17, 2010, at the Staples Center in Los Angeles.
Image credit: Nathaniel S. Butler

Basketball star Kobe Bryant was killed Sunday morning in a helicopter crash in Calabasas, Calif., along with four other people.

Bryant played for the Los Angeles Lakers for 20 years and is considered one of the greatest basketball players of all time. He won five NBA championships, was an 18-time All-Star, was the NBA’s Most Valuable Player in the 2007-2008 season and is fourth on the NBA’s all-time scoring list.

“The aircraft went down in a remote field off Las Virgenes around 10:00 this morning. Nobody on the ground was hurt. The FAA and NTSB are investigating,” the city of Calabasas wrote on Twitter.

Bryant was drafted into the NBA at age 17 and stayed with the Lakers for his whole career — joining what ESPN called “an exclusive club” of players to spend two decades with the same team.

Injuries held him back in the final years of his career, with tears of his Achilles tendon at the end of the 2013 season, followed by a knee injury and a rotator cuff surgery. When he announced his retirement in November 2015, “it wasn’t a shock,” as NPR characterized it. To mark the occasion, Bryant wrote a poem, which begins:

In the Great Western Forum

I knew one thing was real:

I fell in love with you.

A love so deep I gave you my all —

From my mind & body

A 19-year-old woman accused Bryant of raping her in 2003, and he was charged with sexual assault and false imprisonment. The accuser faced intense scrutiny from the media and a campaign from Bryant’s defense team to discredit her. The criminal case ended in 2004 after she decided to not participate in the trial.

Bryant and the accuser settled a civil lawsuit out of court in 2005 with no admission of guilt. He released a statement saying he believed the encounter was consensual, “but I recognize now that she did not and does not view this incident the same way I did.”

Bryant retired in 2016. He was married to Vanessa Bryant, and the two were parents to four daughters.