Barracoon by Zora Neale Hurston is finally being released 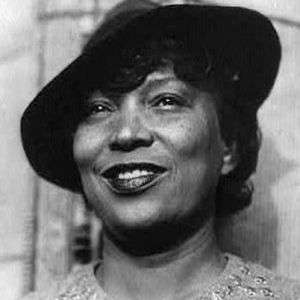 Almost a century after publishers rejected it, a book by Eatonville writer Zora Neale Hurston is finally being released.

In 1931, six years before her acclaimed novel Their Eyes Were Watching God was published, Hurston made the rounds with a manuscript called Barracoon.

It focused on her interview with one of the last known survivors of the Atlantic slave trade.

Cudjo Lewis was born in the West African country of Benin. As a teenager, he was taken prisoner and held for weeks with other captives in a barracoon – a slave pen. Eventually he and more than 100 others were sold and put on a slave ship bound for Alabama.

This was 1860. The international slave trade had been illegal in the U.S. for more than 50 years. But still Lewis worked as a slave for years before finally regaining his freedom. Later, he and other former slaves established a free community called Africatown, near Mobile. Hurston met Lewis there in 1927 and recorded his account.

When Hurston tried to interest publishers in Barracoon, it was rejected. One offered to buy the book if Hurston stripped out the black dialect she had painstakingly transcribed. Hurston refused, believing that would be both dishonest and disdainful.

The manuscript went unpublished and despite some early success, Hurston died penniless. Barracoon will be available May 8. Its release is a fitting coda for a writer who believed above all else that black lives matter.