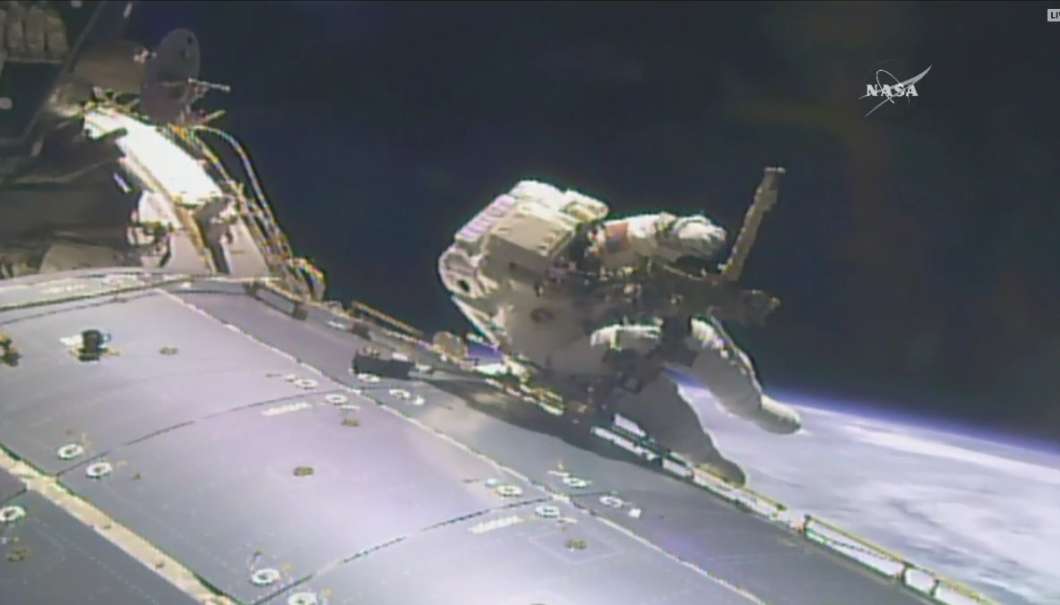 American astronauts Peggy Whitson and Jack Fischer’s spacewalk was delayed slightly this morning due to a water leak in one of the suits.

Despite the delays, first time spacewalker Fischer seemed to enjoy the views. He told mission control the Earth looked like a “giant fondue pot bubbling over with awesomesauce.”