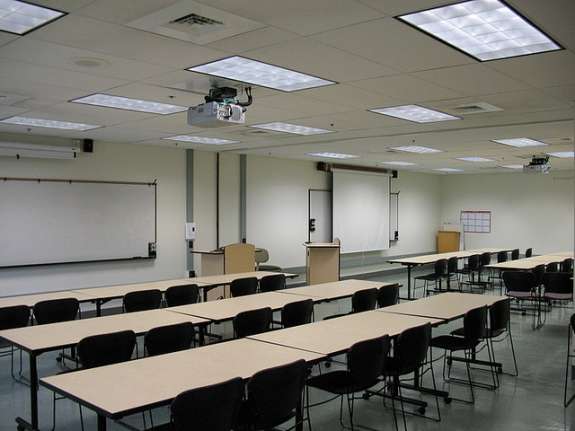 Orange County commissioners will hear an appeal today from school district officials and residents to deny a developer’s proposal to build two charter schools in the Avalon Park planned community. Beat Kahli, chief executive officer of Avalon Park Group, proposed the two charter schools last spring amid complaints of overcrowding in the area’s public schools. The facilities, a kindergarten through eighth grade school and a middle and high school, would sit on a total of eight acres, serving about 2,500 kids.

“Neither one of those—if those were Orange County public school applications—neither one of those would be granted,” says Woody Rodriguez, general counsel for the school district. He is concerned that there is not enough acreage for the projects, and that together they will cause permanent traffic woes.

In an letter to the board, Rodriguez notes that the school district was required to secure twenty-five acres for a relief school that is slated to serve fewer students than the charter school.

In a letter sent out to residents last week, Avalon Park Group head Beat Kahli addressed traffic and size concerns, writing, “There are 31 charter schools that have been approved by OCPS in recent years; not one of those schools meets the site size requirements of the…siting agreement between Orange County and OCPS.” He added that the schools will not cause traffic during peak times.

More than 1,200 people have signed an online petition calling on the board to deny the projects.

Michelle Casey Driscoll is a resident and parent of a child who attends a school in the area. “The solution for overcrowding has already been created,” she said. “The charter schools that are coming in are not nonprofit charter schools with a desire to help a particular disadvantaged community. These are simply a financial venture.”

Commissioners will decide whether to follow the recommendations of a committee and move forward with considering the proposal.