Autism And Food Insecurity: The Pandemic Made It Worse 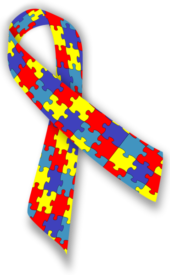 Nonprofit OCA provides programs for individuals with special needs in Orlando. Executive Director Silvia Haas spoke with WMFE’s Talia Blake about  how food insecurity is affecting people with autism. She began by explaining how the pandemic has made the problem worse.

Below is an edited transcript of the conversation:

Silvia Haas: I think speaking in general, for families during the pandemic,  we went into total shutdown. Having our normal accesses to things that are part of our daily lifestyle was overwhelming. Many of our families are very routine oriented, and when you break the routine, you have new issues to be dealing with. A lot of families that are really dealing with a lot of anxiety, because their child’s life or their family’s life has been discombobulated. And it just wasn’t for a week or a month, we’re into past a year now and still experiencing, not life as it was normally was back in January of 2020.

Talia Blake: And that survey from Autism Speaks also found that food insecurity was even worse among people of color on the autism spectrum. Nearly 66% of black households and 75% of Hispanic households were experiencing food insecurity compared to about 44% of their white counterparts. Do you know what causes that gap or what’s causing that gap during the pandemic?

Haas: I think it’s access, the ability to be able to access your normal food banks [and] your normal places that you would go to to get your food. You have to remember that initially, when the pandemic was reported, they  said don’t leave your house. And so everybody took that seriously. Nobody left their houses. Then the minute you do that, then their whole routine has been shifted. So, then the fact of trying to get everybody back into a routine makes it more difficult. So to me, I feel it was the ability to be able to get their normal accesses that they had set up previously, was now not within reach. I think that hindered many families. For the families that we service here in Orlando, we have not found them to be in distress over being able to get access to food or medication or anything like that. Our families that we’ve been servicing have been struggling with the access of being able to get services provided for their child when everything had shut down.

Blake: And if someone came to OCA and they were food insecure, how does OCA help them?

Haas: We work with families that their child has issues with eating and all of that, as part of our programming needs. The child may need help and support in eating their food correctly and not wanting to inhale everything, or they may not have a lot of access to food. So, we sit there and we try to help them get in touch with food banks in order to be able to get food in the home.  That’s just part of our programming that we will set up a routine to help families be able to overcome this particular challenge.