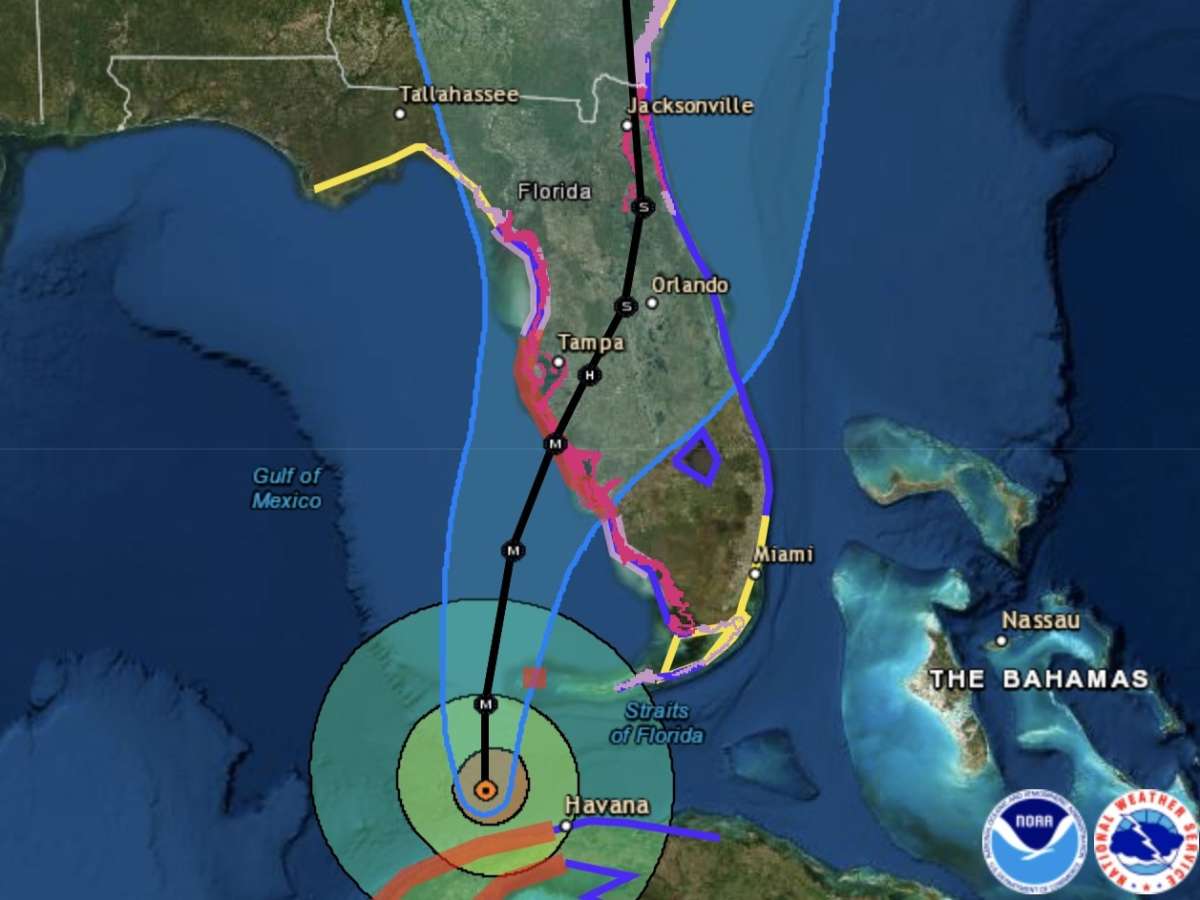 The National Weather Service’s Joel Cline wants residents to know when danger is coming. But he adds, “If people think of a hurricane as a dot and a city as a dot, I think they’ve missed the point.” 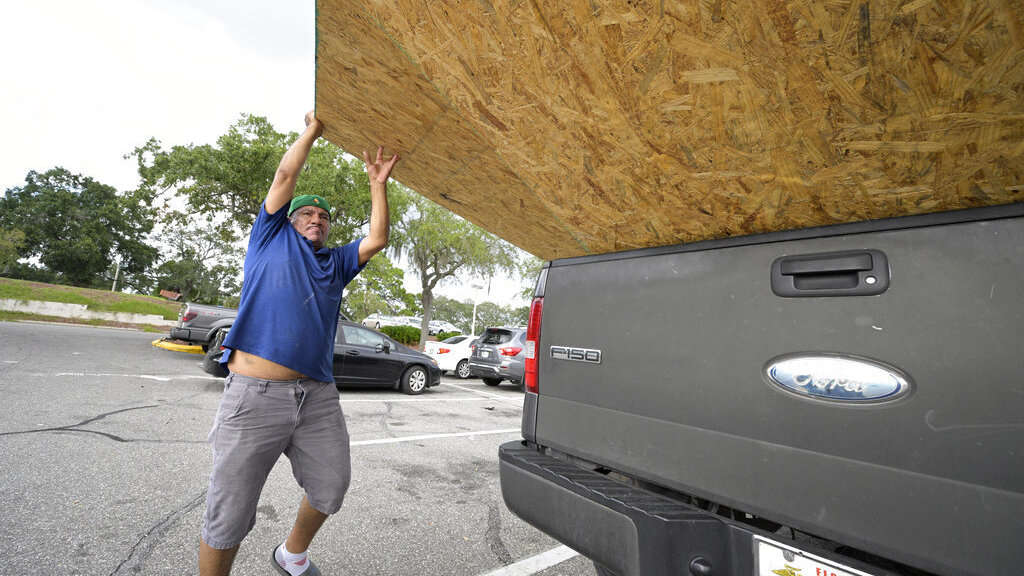 Ian had top winds of 125 mph and storm surge up to 14 feet as it moved over the western end of Cuba. It could head for Tampa and St. Petersburg next, the first direct hit on those cities in a century. 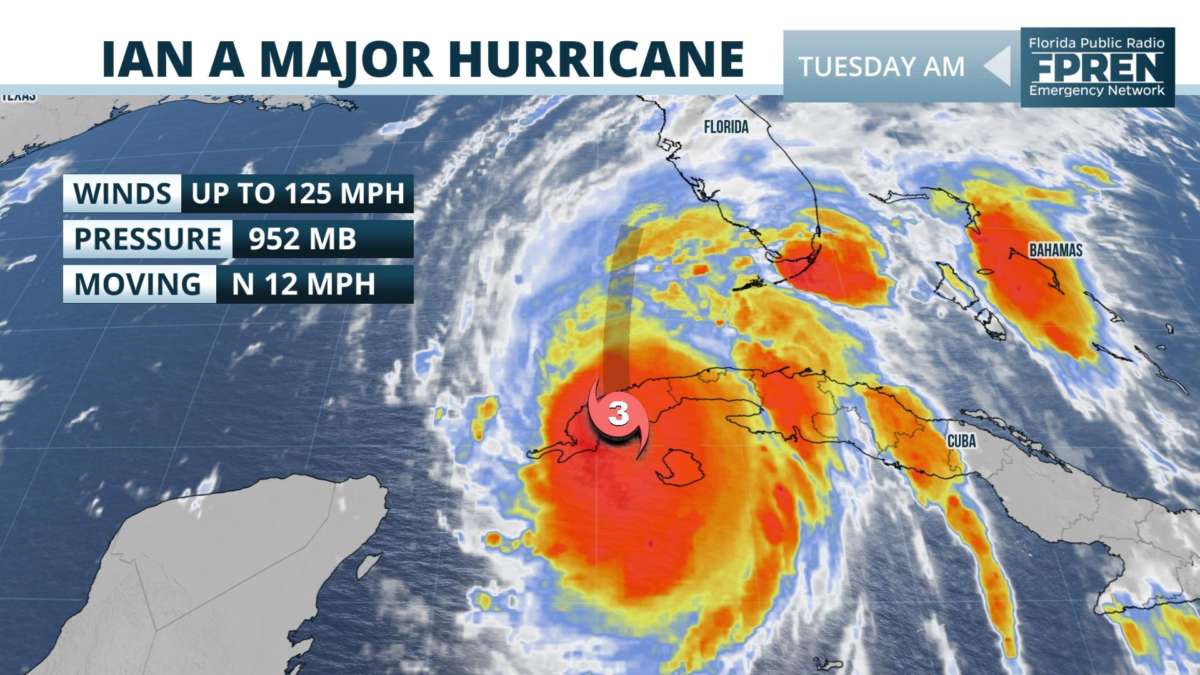 Ian remains forecasted to parallel the Gulf Coast before making landfall with the Sun Coast Thursday. Tornado risk increases from I-4 south today.

Governor Ron DeSantis and the Florida Department of Transportation have suspended tolls until further notice on select roadways ahead of Hurricane Ian. The governor announced the toll suspension during a press conference at the State Emergency Operations Center on Monday. 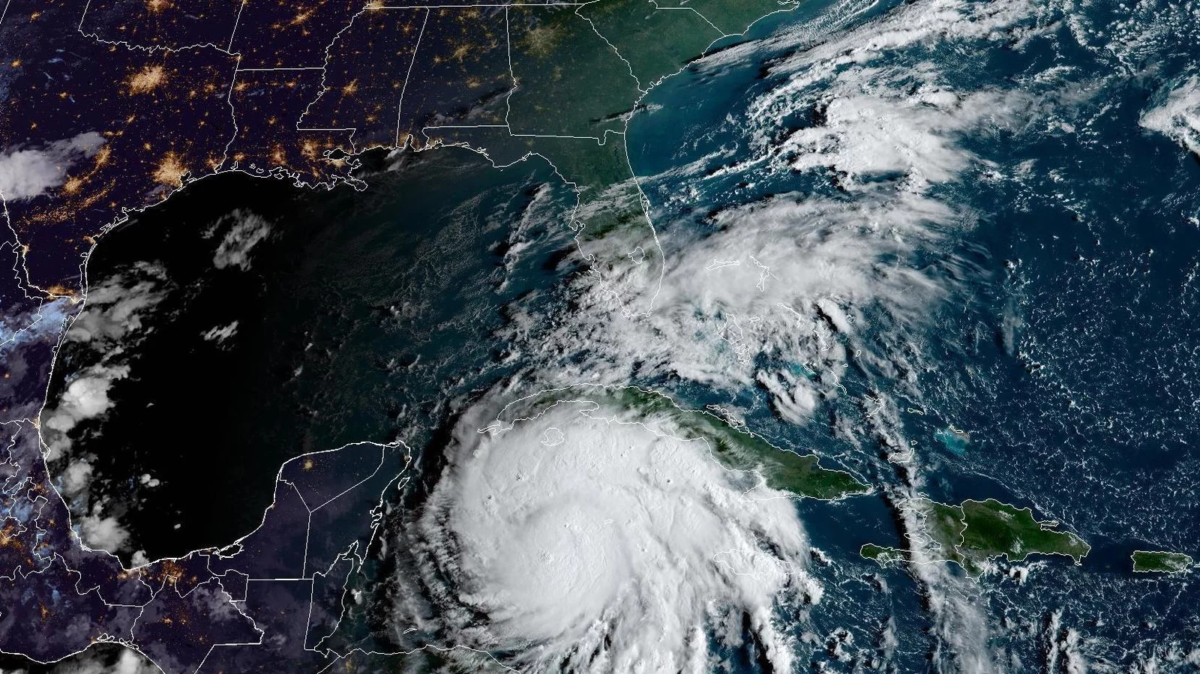 A large stretch of Florida’s coast is now under a hurricane watch. Ian is only the fourth hurricane of the Atlantic season, but experts warn that even one storm can upend many people’s lives. 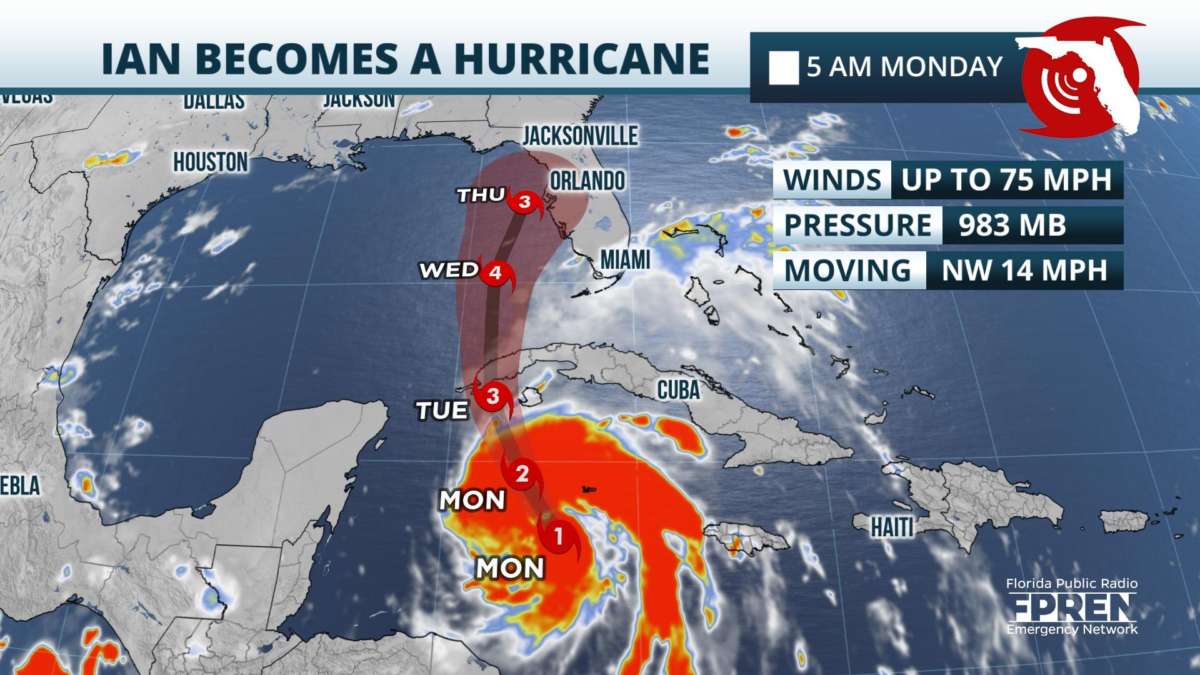 Ian is expected to continue rapidly strengthening. Landfall possible from the Big Bend to Sun Coast during the middle to end of the week. 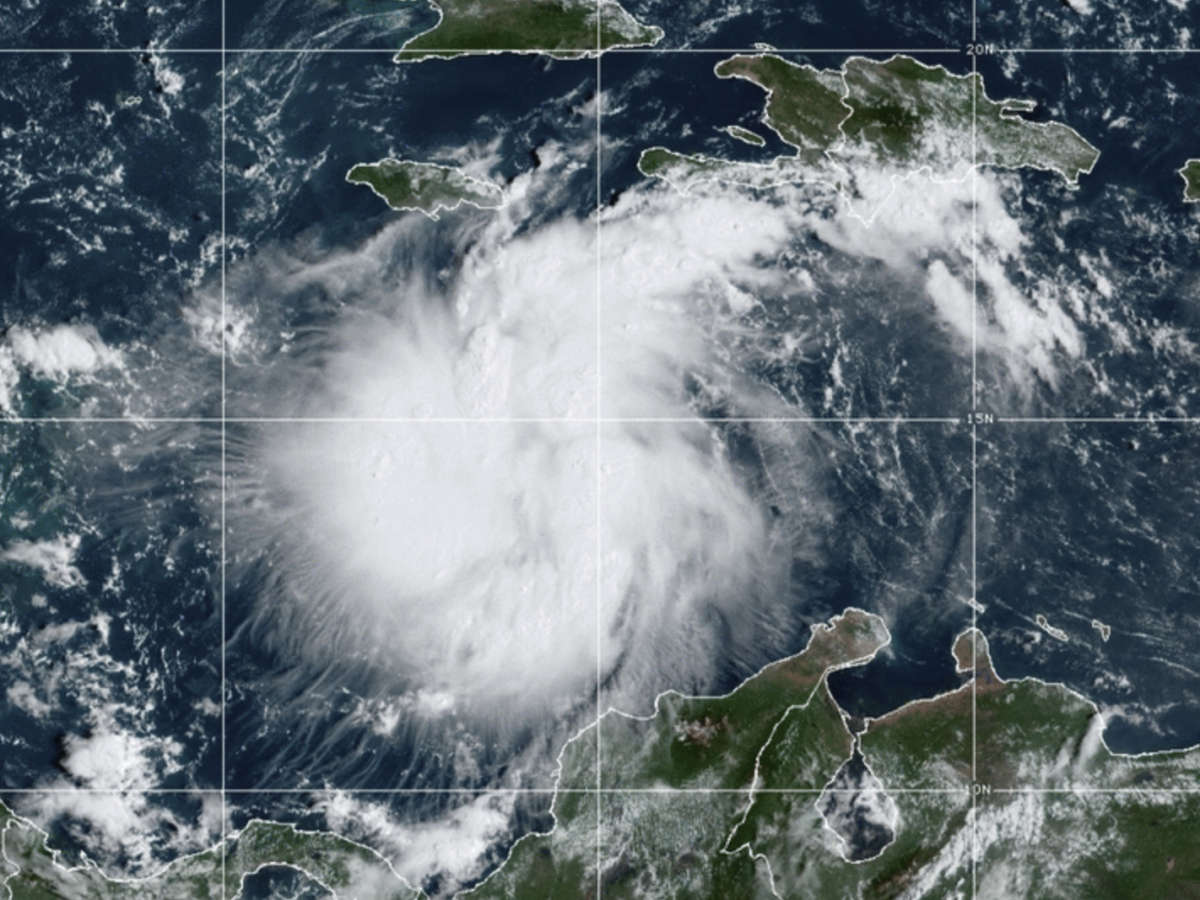 Authorities and residents in Florida were keeping a cautious eye on Tropical Storm Ian in the Caribbean on Sunday, expected to continue gaining strength and become a major hurricane.